By Rishad Tobaccowala February 23, 2021 Restoring the Soul of Business Archives 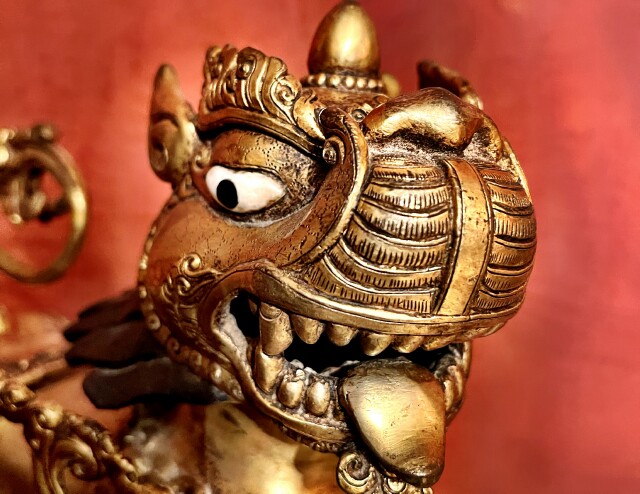 Not all bosses are leaders. Increasingly people follow people and not titles. Some bosses have titles but few genuine followers. Their teams genuflect in their presence but rarely respect and often abhor them in private.

On the other hand, many bosses are true leaders, and they wear their titles lightly.

These individuals exhibit the five key traits of leadership:

But even the most admired leaders sometimes are hard to deal with from time to time, because decision making is difficult and stressful especially when there is significant financial risk, competitive threat and tight deadlines.

As a result, they exhibit the traits of bad bosses.

Sometimes all of us do -- because we are human.

But most of us rarely fall into deplorable boss mode for more than a day or two and usually apologize and correct our behavior.

Others tend to continuously vibrate and hum with odious bossy traits.

It is important to recognize the bossy traits of bad bosses so that if we work with one of these bosses or when under pressure we begin to exhibit these traits ourselves, we can recognize and address such behavior.

There are five bossy traits. (Bad bosses have a doctorate in one of these and a master's degree in a couple of others.) They are: 1) narcissism, 2) micro-management, 3) drama, 4) scheming and 5) back-stabbing.

1. The Narcissistic God. These bosses believe that only they know the answer, only they are capable of handling the major meeting, and only they should get the credit for their teams' success. They often believe they transcend the company. In many instances, they create a godlike cult that worships their every move, using public relations and social media to spread the word.

Their people worship them by following their commandments. Direct reports lose their own individuality when they're working for Narcissistic Gods; they also lose their ability to draw upon their own experiences and skills to solve problems or capitalize on opportunities. Their story gets lost, and they become mindless followers.

2. The Micromanaging Fiddler. These folks are terrific operators -- they know how to get things done -- but as managers, they retain their obsessive detail orientation. They tell their people what to do and insist they check in with them at every stage. They are insecure and can't let go of anything. They often manage via spreadsheets or the need for the slavish following of systematic procedures. Micromanaging Fiddlers fail to understand the outside world since they are constrained by the cell of the spreadsheet or slaves to historical procedures.

3. The Oscar Aspirant. These types emote, loudly and dramatically. Erratic and unpredictable, they are a roller coaster of emotions. They greet bad news with histrionics and good news with hyperbole. These drama kings and queens are tolerated by management because they can be effective in certain roles -- they can present well and even inspire others with their visions and speeches.

At the same time, they make their people crazy. People are expected to praise the boss's performance or to raise their spirits. More to the point, these managers only want one story told, and it's theirs. As a result, direct reports aren't allowed to bring their own ideas, experiences and views to the group.

The story of the boss overwhelms everything and everyone else.

4. The Scheming Sphinx. This is the person who smiles, blows air-kisses and oozes charisma and friendship and says nor shares anything substantial while sucking up as much information as possible and probing for vulnerabilities.

A blend of insecurity and bully juice wrapped in a blanket of charm while oozing calm and friendliness.

Often has more style than substance. More network than intellect. Retains power through potential threat and ability to harm versus innate talent or true goodwill.

5. The Double-Crossing Assassin. While the previous four types are expressive (or anti-expressive in the case of the Scheming Sphinx) in their terribleness, Assassins are soft-spoken, well-behaved and self-controlled.

Behind closed doors, however, they take credit for other people's work, create animosity by speaking ill of people to others, and find ways to trip up others and make them fail. They are like Reese Witherspoon in the movie Election -- smiling and ruthless. They win people's trust and then undermine them.

People working for assassins become guarded and monitor everything they say and do for fear that it will be used against them. They carry out tasks with little creativity and take little risk, knowing that even a minor slip up will give the Assassin an opportunity to target them. They fear for their work lives -- keeping a low profile and cleaving to their tasks is the only way they can escape the Assassin's bullets.

All five bad boss types know that if they deliver their numbers and meet their objectives, they can continue to exist in most organizations. This is especially true if these organizations have spreadsheet-dominant cultures where measurement is constant and meeting quarterly numbers is the highest priority.

Bad bosses are the enemies of balance; they provoke extreme reactions from their people. If the employees don't leave the company, they work in fear or expend all their energy on managing their managers. No doubt you've witnessed employees go into survival mode to deal with a bad boss. They become obsequious, robotic and myopically focused on their boss's every action and reaction. As a result, they may be able to carry out assigned tasks effectively and help their bosses meet their numbers and objectives, but they are loath to take risks or deviate from norms.

At a time when innovation is crucial, they fall short because innovation requires behaviors that bad bosses hate. The balance is tipped heavily in favor of playing it safe.

Bad bosses unbalance companies in another way: they force people to face inward instead of outward. They spend time focusing on what their bosses have done or how to manage their idiosyncrasies, instead listening to the marketplace and customers.

The good news is that as we enter the era of the Unbundled Workplacefolks with these bossy traits will find themselves increasingly impotent in their ability to command and control. There is no big office to telegraph power or a campus-like facility in which to create cultish followers. No assistants to block access and an increasing dilution in the power of a rolodex when true talent connect with true opportunity in real time!

Our real bosses are the people we wish to develop relationships with and sell to -- not someone in our organization or even our clients' organizations. The best thing we can do for our internal bosses is to make sure our external bosses do not fire us. Which is why looking outside and seeing tomorrow versus looking inside and being nostalgic for yesterday helps provide balance.

Bad bosses keep us staring at our shoes. Good bosses encourage us to lift our heads and look around.