Bezos and the Post: "What are you doing Jeff?" - Matthew Kearney 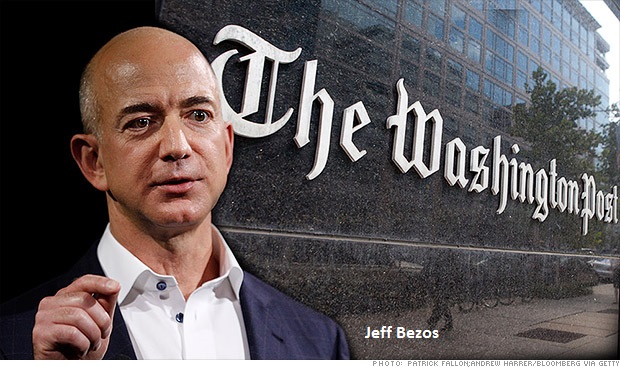 The purchase for $250M of The Washington Post by Jeff Bezos on Monday has already generated many column inches. Newspapers love nothing better than writing about themselves but the sale in quick succession of Newsweek, the Boston Globe and now one of the greatest newspaper properties of all is causing quite the stir.

So what's it all about. The first thing to note is one obviously common theme – the sellers were motivated by business failure. Each sale was prompted by owners - IAC, New York Times and the Graham family respectively - who would not or could not continue to fund each title's operating losses. Secondly these are proud brands that relied on physical distribution of printed material under pressure from a digital age. Again that is a common theme behind the motivation to sell. But what of the motivation to buy?

I can't see a common theme. IBT Media bought Newsweek for a nominal amount to add to its existing portfolio of titles. IBT is an ambitious 7-year old digital magazine publisher that will be looking for growth but also thinking if it doesn't work there's been no harm done. Opportunism.

The Henry family bought the Boston Globe and other local titles for $70M. Owners of the Red Sox of course, this was the act of a New England patrician, old Boston money seeking to support and maintain something that is part of the New England way of life but unlikely to influence the rest of us.

Jeff Bezos and The Washington Post though is something else. The Washington Post is an internationally recognized brand. It is associated with the global reach of the power politics of Capitol Hill. It has been powerful enough to bring down governments. And Jeff Bezos is no old money patrician nor is he modestly financed. His net worth is $25B and of course he, through Amazon, has been a leading light of the digital age.

So what is he up to?

The Conspiracy Theory: some elements in Washington are trying to protect individual rights and privacy and control use of data. But Amazon is all about personal data. What better way to lobby in Amazon's favor than through the Post? He would not be the first, or the last billionaire to gain influence through media ownership. While he would be foolish to interfere in any editorial way, ownership of a news medium will inevitably influence what is written.

The Business Theory: the Washington Post's biggest challenge is the demise of print and the opportunity is to draw a much wider, global audience through the digital distribution of its content. The New York Times, Huffington Post, the Daily Mail all have massive digital audiences. They are working hard at ways to monetize them. If anyone knows how to build and monetize a digital customer base it is Jeff Bezos. $250M is going to prove to be a good investment.

The Man of a Certain Age Theory: goes something like this. What the heck, I am worth $25 Billion, I'm approaching 50 years of age and I'd like to get spending it on something fun. If the Washington Post only costs me $250M and say $250M more to keep going for the next 5/10 years that's just 2% of my net worth and it is going to give me a whole new range of activities, interests and will be a great business challenge that I might just pull off.

Maybe it is because I am a fan of good quality news and am a man of a certain age myself I side somewhere between Theory 2 and 3. Whatever, it will be an interesting ride and Mr Bezos is a very credible new owner.

Matthew Kearney has been working in the media in London and New York, in TV, cinema and in online 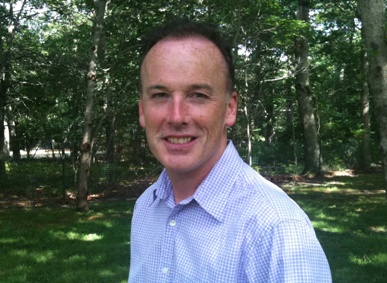 Matthew Kearney has worked in TV, Cinema, Online in the UK and US.  He is Operating Partner responsible for advertising and media investments at Dan Gllbert’s investment firm Rockbridge, Chairman of GSTV and a board representative at Intersection.…