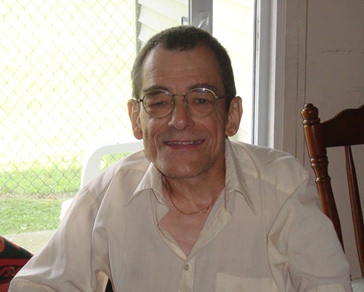 Bill Lackner has been pursuing a comedy and acting career for the last seven years as a SAG/AFTERA Actor. To date his credits include doing his stand-up at the World Famous Comedy Store and the Laugh Factory in Hollywood, CA, the Comedy Spot in Scottsdale, AZ, Tommy Rockers in Las Vegas, NV, and touring the country with Comic Thunder.

Bill has also racked-up Supporting roles in such films as "The Back-Up Plan", "Choose Connor", "Impact Earth", and as the Lead in "What The Hell Dad", to name a few. His television work includes "The Unjust" and an Industrial Film for Best Western Inns, as well as appearing as himself in the Documentary Film entitled "Actor?" for DB Rich Productions.

After his discharge from the US Navy in 1988 Bill continued working as an EMT and it was during this period that Bill began to see the ravages and horror of child abuse and neglect. Many of these children were locked in a negative family environment that produced poverty and disadvantages in school and in the community.

While working as an EMT in the crime-ridden projects of his hometown Chicago, Bill says that he "dealt with the results of abuse from neglect to body bags." That is when he decided right then and there, "when I finally make it as an actor I will bring awareness and assistance to child abuse victims."

Bill kept his pledge and founded A.C.E.S (Actors, Comedians, Entertainers, and Sports figures) for Kids in 2010. His goal as the organization's CEO is to bring together the show business community into local neighborhoods and "touch as many lives as we can so that every kid has a chance to live, dream and achieve." As Lackner states, "these kids don't ask for much, just maybe some clothes on their back, food in their mouths, the ability to get the education they need, the love they deserve, and the chance to realize a dream." ACES activities include fundraising for outings to ballgames, zoos, amusement parks, movies, and holiday gift buying.

Since his recent move to Los Angeles Bill has landed a regular gig appearing with the Crazee Cindy's Comedy Show every Sunday in the Main Room of the World Famous Comedy Store on the Sunset Strip. He's also developing upcoming ACES for Kids fundraising comedy event at Tommy Rockers in Las Vegas on April 6, 2013.

Bill Lackner as an actor and comedian has successfully combined his passion for performing, his love for abused children, with his poker playing hobby into holding all the aces. He has the winning hand in all three.

Vince Staskel, M.S., is a retired Legal Rights Advocate and Consultant. His thirty-two year career has included working on IDEA, ADA, SSA Claimant Legal Representation, and Media Arts Inclusion in the not-for-profit, business, and governmental sectors. He is presently very active in the promotion of performers-with-disabilities in the entertainment industry. Vince can be reached at vin3a@verizon.net

Vincent P. Staskel has over thirty years of experience as a disability advocate and consultant. He worked on ADA Compliance in the business, governmental, not-for-profit, and arts sectors. Specializing in legal rights Staskel has represented persons-with-dis…