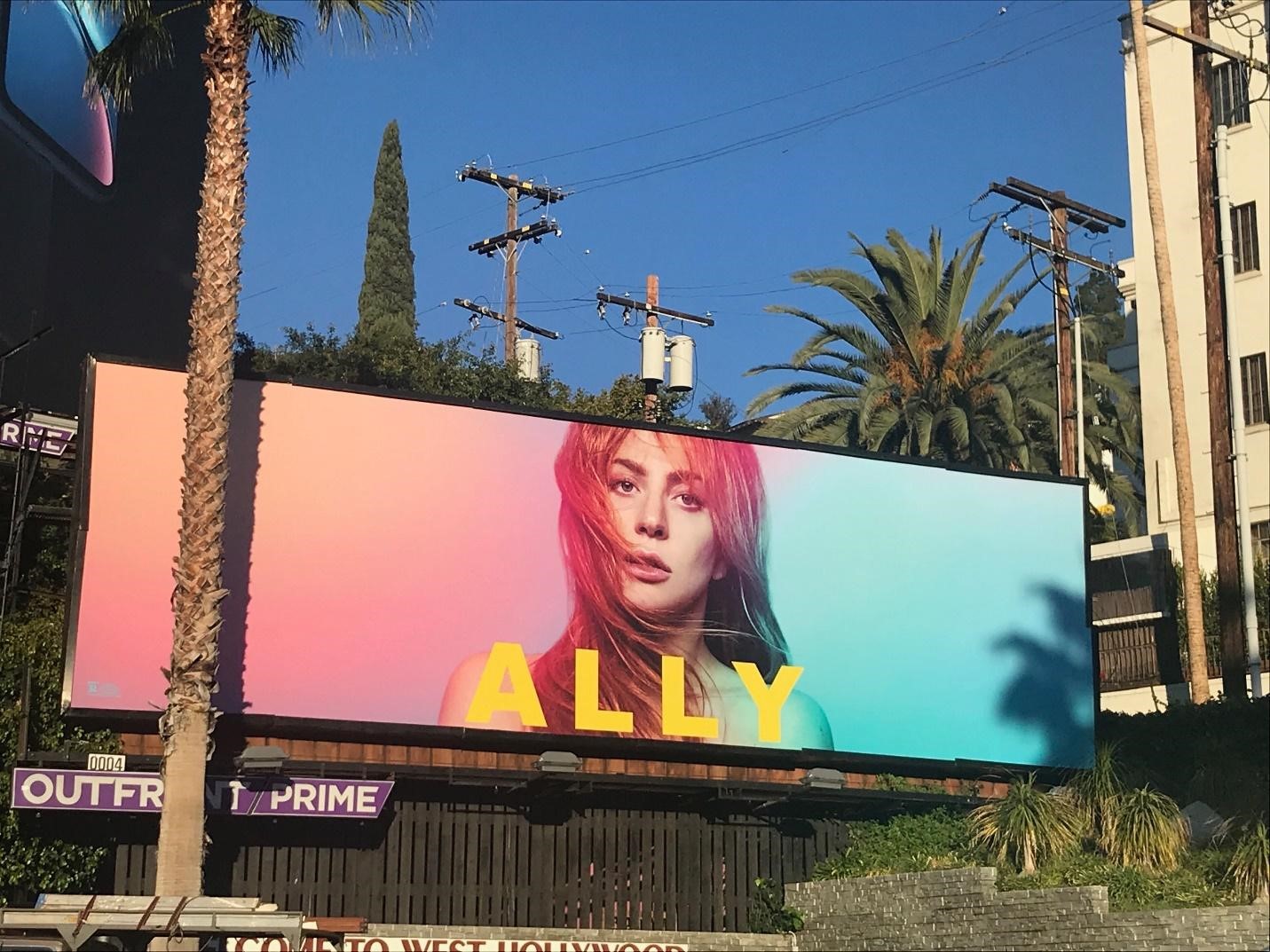 To kick off awards season, the famous "Ally" billboard from hit movie A Star is Born came to life right next to LA's Chateau Marmont hotel, nearly the exact spot it existed in the film.  Hollywood and fans alike loved the studio's tactic and immediately took to social media and the press to share, amounting to over 383 million digital media impressions, plus an additional 38 million people reached on social.  Turns out, it wasn't stopping there.  A few weeks later, a new star was born when Netflix spoofed the style of the Ally billboard to promote Amy Schumer's new comedy special, Amy Schumer Growing.  Netflix smartly chose a position directly after the existing Ally billboard, so that it was impossible to miss the connection.

Hollywood isn't the only one throwing some shade.  The lead-up to this year's Super Bowl was not without its drama.  After a season-ending call was made, local fans blanketed New Orleans with billboards simply stating, "They Reffed Up."  After the Patriots took the big W, the fans quickly followed it up with billboards in L.A. congratulating the team but challenging them to make it official.  They are still waiting on a comment from the Pats. 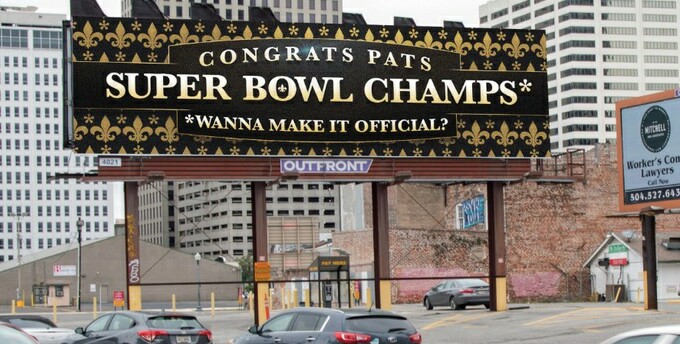 The sentiment of using billboards to communicate not only to the community but to each other is also trending with some of our local clients.  In Louisville, two local liquor stores are going head-to-head to capture the attention of wine drinkers (who according to Simmons are 13% more likely to say that they notice OOH advertisements than the general population).  First, Total Wine utilized conquesting strategy, putting up a "It's worth the drive" billboard in proximity to an existing Liquor Barn location.  Liquor Barn took it to the next level, placing a board stating, "Don't drive…we deliver!" only a few feet away.

It isn't always as lighthearted; sometimes brands need to take a stand on serious issues.  Following the legalization of recreational marijuana in Massachusetts, a legal cannabis website, Weedmaps, put up a billboard informing people in Connecticut that "Weed is legal in 60 miles."  This created quite the stir within New Haven.  Shortly afterwards, a local addiction treatment center, Turnbridge, took to the street with a responsible message, "Addiction treatment is closer."  Representatives from Turnbridge told the press that they will "keep their billboard up as long as Weedmaps' billboard stays up."

The "outdoor shade" trend is not a new one.  Many probably recall the 2014 feud between two of the leading German car manufacturer giants, Audi and BMW.  It all started with two Audi billboards, one referencing chess and then one directly challenging BMW, "Your move, BMW."  BMW quickly replied with "Checkmate"  directly across the street.  The banter didn't stop there -- Audi leveraged the creativity of its Facebook fans to develop the best comeback line.  They settled on a third billboard reading "Your pawn is no match for our king," which ended the billboard war. 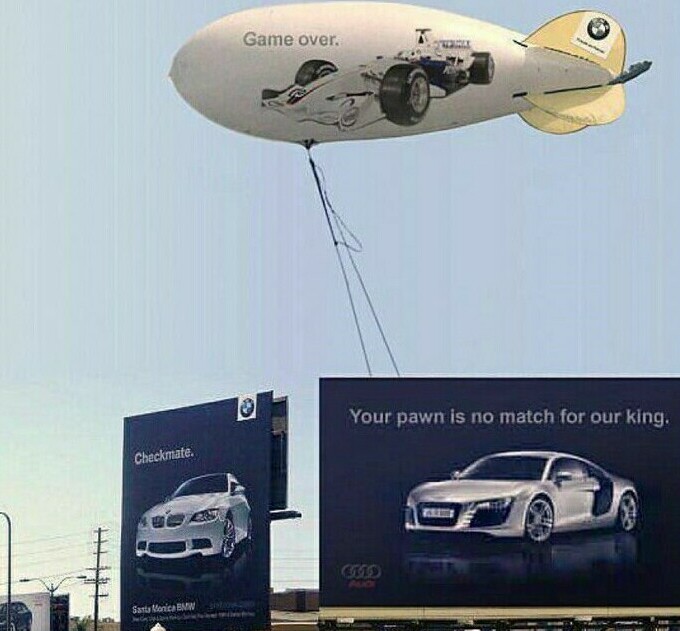 These dueling-billboard examples span the gamut in terms of category and national scope but are each impactful and demonstrate the power of billboards to drive conversation (real and virtually), even with each other.  They are a great way to pull the public into a dialogue and to allow companies to make a memorable statement while earning style points.

As Senior Director, Marketing at OUTFRONT Media, Elizabeth Rave oversees the implementation of national initiatives and regional strategy across a marketing team of 40+. Rave is also involved in the evolution and promotion of the OUTFRONT brand within the ma…