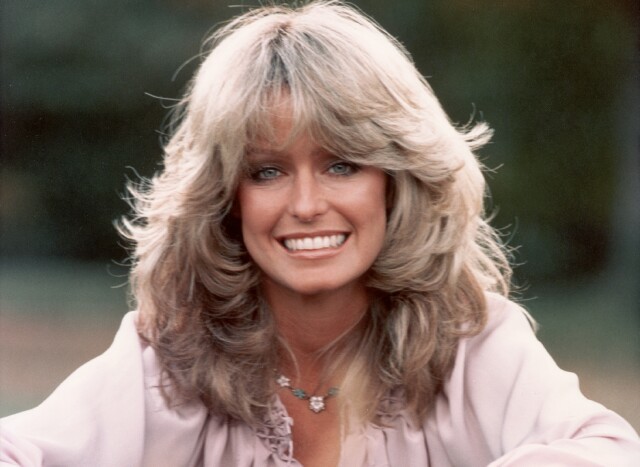 The life and career of actress, artist and pop-culture icon Farrah Fawcett are explored Tuesday, July 9 in Farrah Fawcett Forever, a new installment of A&E’s rebranded seriesBiography.  Ten years have passed since Fawcett died at the age of 62, following her long, and brave, battle with cancer, making this celebration of her life a welcome one. Through rare archival footage (much previously unseen), hundreds of personal photos and intimate personal stories from friends and family, this touching documentary follows Fawcett from her Corpus Christi, Texas, childhood, through her college years and eventually to Hollywood, where she would become a mid-Seventies phenomenon courtesy of her role as Jill Munroe on the pop-culture classic Charlie’s Angels.

While this isn’t the first Fawcett biography the network has produced, it’s by far the most comprehensive in its review of all facets of Fawcett’s life. Her former Angels co-star and friend Jaclyn Smith; actor Robert Duval, whom she co-starred with in 1997’s The Apostle, and Cicely Tyson, who shared the screen with her in 2001's Jewel for CBS, are featured, giving fascinating insights into Farrah, the actress. College friend Sylvia Dorsey (who remained a life-long friend) offers recollections of Farrah, the family woman.  Former CEO of Paramount Pictures Sherry Lansing and music/film producer Suzanne de Passe (both of whom became dear friends) offer expert insight into Farrah, the astute businesswoman.

Her hairdressers, Jose Eber and Mela Murphy, share stories only a hairdresser could, while audio clips of Fawcett herself help fill in the details to many different aspects of her career -- like a behind-the-scenes look at that iconic red swimsuit poster, which helped catapult her to super-stardom, and the reasoning behind her decision to leave Charlie’s Angels after one season.

While the intimate stories shared by her peers are fascinating, much of what makes this special unique are the touching stories accredited to family members like her cousin Jen Fawcett and in particular her nephew Greg Walls. Fawcett appointed Walls caretaker of her career mementos and personal photo albums before her passing in 2009, many of which he shares in the documentary. As the son of her beloved sister Diane (who succumbed to cancer in 2001), Walls was there during the heyday of Fawcett's popularity, spending summers with his aunt in Los Angeles.  He was also there as ring bearer for her (only) wedding -- to TV's The Six Million Dollar Man, Lee Majors, in 1973.

It's Walls' testimonials I found most touching and enlightening, giving insight into Farrah, the wife.  Contemporary artist Keith Edmier should also be noted for his contribution. Edmier began a two-year art project with Fawcett in 2000, and courtesy of the personal videos filmed during their collaboration, viewers get a rare glimpse into Farrah, the artist, displaying a talented sculptor and painter, which was her first love and college major.

For much of the 1970s, Fawcett shone as one half of “Hollywood’s Golden Couple” while married to Majors. After splitting from him in 1979 she began a relationship with his friend Ryan O’Neal. It was a love story that sold a million tabloids, and their tumultuous relationship was well documented on a weekly basis. While the special features no new footage of O’Neal, archival footage shows his deep love for her. It was a love that survived their split and was eventual rekindled during his battle with leukemia in 2001 and into her final years.

Alana Stewart, Fawcett’s confidant of 30 years, who now heads The Farrah Fawcett Foundation (entrusted to her by Fawcett), is also featured. It was Stewart who documented Fawcett’s battle with cancer on video, later becoming the 2009 NBC documentary Farrah’s Story. Stewart's footage is again used to highlight Fawcett's final years, and while as painful to watch now as it was ten years ago in that special, the brutal honesty of living with and dying from cancer was something Fawcett wanted to share in an effort to raise awareness of alternative treatments unavailable in America, and to hopefully enlighten others.

Farrah Fawcett Forever doesn’t shy from the tabloid headlines that followed the actress throughout much of her career, or those painful last months of her life, yet it never sensationalizes these moments. Instead, it merely explores the events that formed the story of a beloved star who is still fondly remembered by millions.  As someone who followed Fawcett’s career from beginning to end, getting insights into other aspects of her life, like seeing her work as an artist, was fascinating. That, along with the multitude of photos I’d never seen before (and I’ve seen many), are what make this special so compelling.

Hopefully, through the work being done by The Farrah Fawcett Foundation, and tasteful storytelling like this, her legacy will continue to thrive, and Farrah Fawcett will remain -- forever.