From Advocacy to Activism 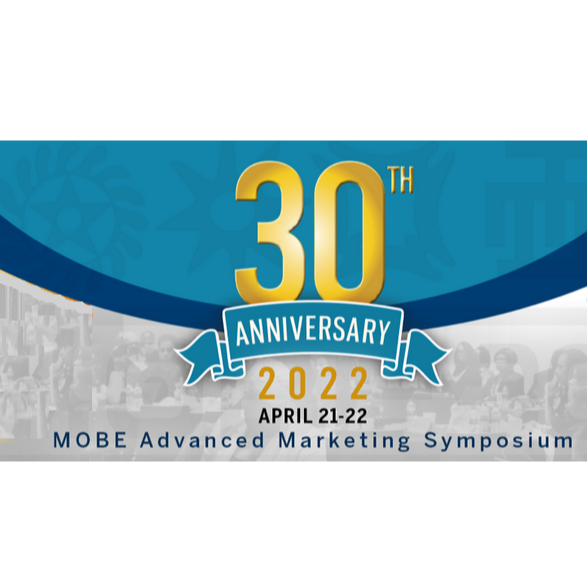 When the artist Cecily kicked off the recent MOBE Symposium by singing Nina Simone's "Young, Gifted, Black" she captured the essence of the event completely, as it featured gifted Black entrepreneurs and leaders sharing knowledge about their journey to success. They ranged from Allen Media Group's Byron Allen to more fledgling entrepreneurs like Tahir "Mr. Legacy" Murray, Founder and CEO of the apparel company LegacyHistoryPride.

"Today you will get case study examples of Black excellence. It's a Black platform," explained MOBE Founder and CEO Yvette Moyo at the start of the virtual gathering, adding that while some diversity initiatives are created by ad agencies, "[MOBE] is Black-owned, Black love in business." (MOBE, which stands for Marketing Opportunities in Business and Entertainment, is now in its 30th year.)

The panel "Powering the HBCU Network" featured young entrepreneurs who graduated from historically Black colleges and universities and leveraged the connections they made in school to create businesses. Among them was Murray of LegacyHistoryPride, who explained that he decided to start his own company when he was a sophomore. "I wanted to design and develop apparel that truly embodied HBCU culture and really speaks to who we are on HBCU campuses," he said.

For Murray, it was about "tapping into my HBCU network to see how fashion, creativity and collaboration can push the culture forward."

Another highlight of the day was a fireside chat with Curtis Symonds, CEO of HBCUGO.TV, and Allen, who is Founder, Chairman and CEO of Allen Media Group. Allen talked about his childhood in Detroit, growing up during the civil rights movement. He distinctly remembers the day Martin Luther King Jr. was assassinated. The moment forever changed him and has impacted his goals in life.

"I felt like I was a child of war," Allen recalled. "I made it a point to become friendly with Coretta Scott King, Martin Luther King's widow. I call her the true queen of America. I got to know her, and I bought the rights to her story to make a miniseries about her life with Martin because I think it's one of the greatest love stories ever."

Coretta King told Allen that there are four major challenges for Black people to overcome in America: end slavery; end Jim Crow discrimination and segregation laws and customs; achieve civil rights, and achieve economic inclusion. In fact, he explained that Martin Luther King's fight for economic inclusion was the real reason why he was assassinated.

Those discussions inspired Allen's path in life. "It changed my perspective; it changed my passion, my focus, my trajectory," he said. "I decided to build the world's biggest media company, and in doing so effectuating change to achieve one America."

In Allen's view, "the most powerful person in the world is the person who controls the media because [they] control the flow of information and news." That leverage, in turn, ultimately controls how people behave, he added.

The MOBE Symposium also featured "booths" where sponsors could share information about their businesses and potential opportunities. While it was a virtual event, there were networking opportunities and a way for those attending the event to connect and potentially continue their relationships with other members of the MOBE family.

"What makes MOBE so special, is we move forward with a sense of history, purpose and vision with our culture always included," said Moyo as she closed out the day and encouraged everyone who participated to continue connecting.

This article was written byAwa Badiane, Executive in Residence at MediaVillage.