Black History in a White Present 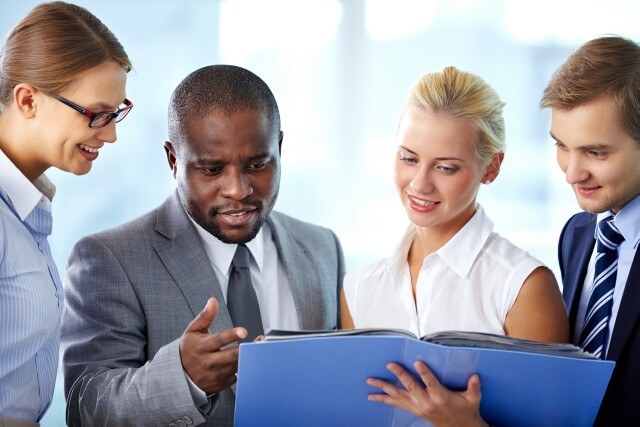 When driving my kids to school last month, a bright yellow billboard with a familiar face caught my eye. The OOH ad said “Making Black History” and featured Danny Robinson, Chief Creative Officer at the Martin Agency in Richmond, VA. Turns out that Tampa was one of the 35 markets included in OUTFRONT Media’s campaign to celebrate “Black women and men who are making history in real time.” Thrilled to see this trailblazer honored in my hometown, I decided to take a closer look at Robinson’s career and most recent work.

The Martin Agency promoted Robinson to Chief Client Officer in 2018 and for good reason. When he joined them as a SVP/Group Creative Director in 2004, Robinson had already earned an MBA, co-founded Vigilante, created multiple award-winning campaigns for clients like Sprint, Major League Baseball, and Heineken, and helped facilitate Pontiac’s famous “You get a car!” giveaway on "The Oprah Winfrey Show." Robinson would go on to work on Chevrolet, Hanes, Tic Tac, OREO, and is credited for winning Walmart, Martin’s largest client ever. All while actively pursuing painting and stand-up comedy in his spare time.

No doubt, Martin was forward-thinking in recognizing and rewarding Robinson’s talent. They’ve also made diversity a priority across their agency by pairing employees of color from across disciplines with officers, sponsoring the One Club’s portfolio school for Black creatives, closing wage gaps, and appointing the first person of color to their board. All of which, along with a series of wins, helped the agency earn Adweek’s 2020 US Agency of the Year. Most recently, in his new role as Chief Creative Officer, Robinson oversaw the creation “Tag Team Helps with Dessert” as part of Geico’s “What Are You Waiting For?” campaign. The spot debuted on Christmas Day and soon racked up 13 million views and Reel360’s Reel Ad of the Week. 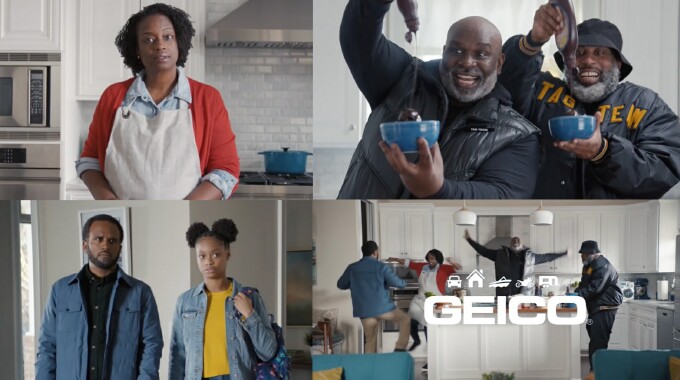 It's a charming commercial with an all-Black cast featuring old school hip hop duo Tag Team (Cecil Glenn, aka "DC The Brain Supreme," and Steve Gibson, aka "Steve Rolln") performing a modified version of their 1993 multiplatinum single "Whoomp! (There It Is)" in the kitchen of a suburban family. If you haven’t seen it, watch it here. And don't miss the House Party kick-step at the end. It’s a great ad and a positive representation of Black lives on screen. But what happened behind the scenes?

Since my last column used headshots to visualize the agency make-up of three Super Bowl commercials with predominantly Black casts, I did the same for the Tag Team spot which, incidentally, also aired during the big game. Except, this time, I dug deeper to encompass the entire creative team (as listed on Reel360) including the client (Geico in blue), the agency (Martin in red), and the production, editorial, visual effects and sound design vendors (Hungry Man, Cut+Run/New York, The Mill, and Rainmaker Studios in green) that worked to produce an ad so infused with Black culture. They say a picture is worth a thousand words. And this one speaks volumes. 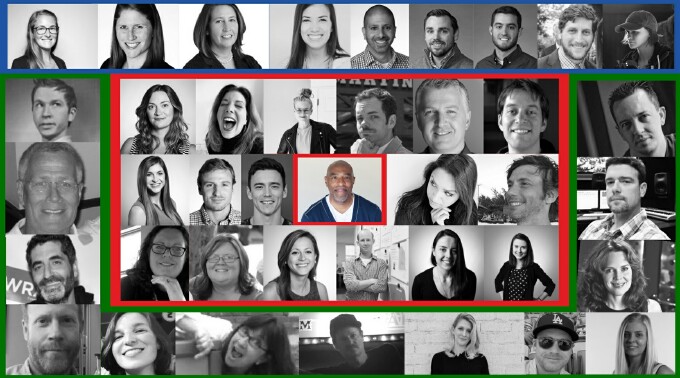 This data visualization does not include Amy Trenz and Brian Fox from Martin or Kelly Henson from Cut+Run as their headshots were not available.

Over the last ten years, between my doctoral dissertation, two journal articles, a book chapter and columns in Ad Age, Adweek, NBC-THINK and here on MediaVillage, I have written well over 100,000 words on the chronic under-hiring, under-retention, under-promotion, and underpaying of Blacks in advertising. And yet, in so many ways, the image above says it all: the wildly talented Danny Robinson surrounded by a sea of white faces. And while I can’t be sure of each person’s racial or ethnic identity, it’s abundantly clear that the amount of Black talent appearing on screen is nowhere nearly matched by the amount of Black creatives behind it. What’s wrong with this picture is what’s been wrong with advertising for the last 50+ years: whites clinging to economic and creative control.

Looking at this image, the billboard I saw on my morning commute now seems strange. What was surely intended to be a celebration and amplification of Black excellence now looks more like a screen used to conceal and thus enable chronic opportunity hoarding by whites in the creative industries. And while I wouldn’t claim that any of the white faces above are individually racist, they are nevertheless participating in a self-perpetuating system of white supremacy. For instance, while making “Tag Team,” did any of them look around and say, “Why is it that only one out of forty of us actually resembles the people in the story we are telling?” And who of them, whether client, agency, or production vendor, are willing to “make history in real time” by objecting to such ridiculous ratios?