By Simon Applebaum May 13, 2021 Upfronts/NewFronts Archives 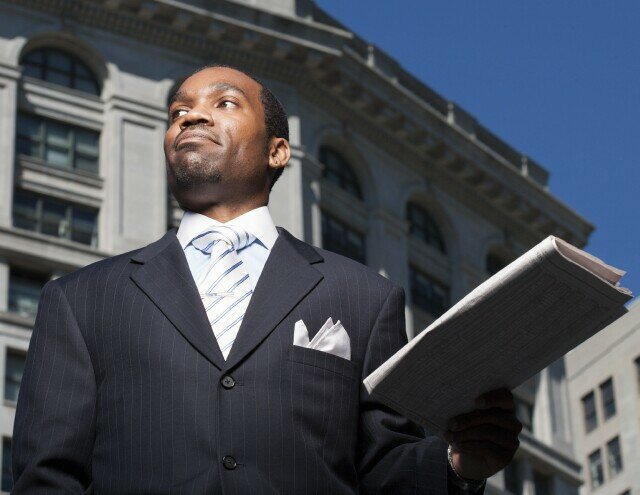 In recent months, Byron Allen -- the owner of several networks including The Weather Channel, many broadcast stations and syndicator Entertainment Studios -- has waged a public crusade on behalf of TV programmers and other media ventures owned and managed by African Americans. He wants advertisers and their agencies to devote five percent or more of their annual media spending on these companies. Allen's crusade reached a milepost this week by organizing, then presenting, the first-ever Black-Owned Media Upfront event through Allen's Black Media Matters outreach. It was a showcase for current and forthcoming Black-owned projects presented over two consecutive afternoons. The event included presentations from Allen Media Group's Entertainment Studios Networks and Syndication units and The Weather Channel. Other participants included Local Now, Urban Edge and Revolt Media.

The Big Message: Time's up for advertisers and agencies to stop paying lip service -- as in spending mere slivers of annual budgets – to media representing a community of color out to spend $1.4 trillion on goods and services this year. The time for these ventures to mega-serve audiences in a variety of ways, including new original content distributed through smart TV sets and devices, has arrived. "This is much bigger than ad buys, spots and dots," Allen (pictured below) declared in his opening remarks. "This is something long overdue. We must achieve economic inclusion." 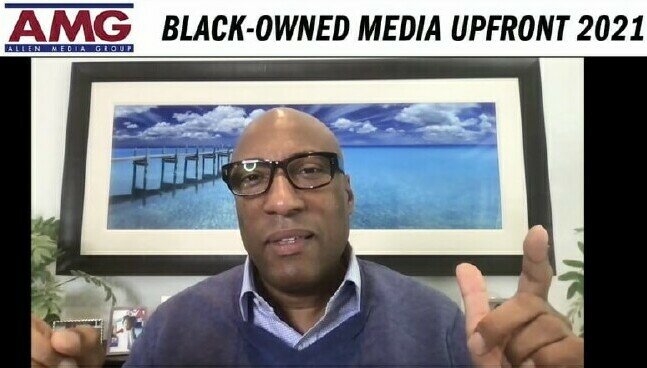 Host: Allen, taking every opportunity before and in-between presentations to appeal for support, and frequently acknowledging viewers for catching this first-ever Upfront event of its kind and their willingness to be agents of transformation on behalf of Black-owned media.

What Worked:The variety of participating companies over both days, from hip-hop culture cable service Revolt and out-of-home programmer Reach TV (which acquired the Airport Network from CNN and parent WarnerMedia) to the publishers of magazines Black Enterprise and the recently revived Ebony andJet. Chief executives from these companies were direct, poised and often eloquent in their presentations.

What Also Worked: Consistently making the case for every participating organization to get a bigger share of ad spending, while inviting agencies and media buyers not to foster a marketplace of winners and losers.

What Didn't Work: Slide sequences in various presentations that were unreadable due to small typeface or fuzzy camerawork. A few presentations also could have used editing to make key points sooner.

Data Points: IPG Mediabrands has agreed to set aside five percent of its 2021 ad budget to African American-owned media ventures. Group M is promising at least two percent and may increase that percentage in the near future. Separately, according to The Africa Channel's presentation, 20 percent of African Americans were born overseas, a five-fold increase in that population since 1980.

The Weather Channel will launch a pair of Spanish-language networks this summer, long-awaited The Weather Channel en Espanol and a news service (unnamed at this time). In other Allen Media Group developments, multicast channel TheGrio TV will soon receive smart TV distribution on its own, and through multi-service bundle Local Now. More smart TV carriage agreements are ahead for Patterns, the recently launched service covering climate change and sustainable living.

New series premiering on Revolt in the near future include Rap City Reboot and late-night music/talk program Respectfully Justin.

The Africa Channel is preparing Demand Africa, a programming service operating through smart TV sets and devices in both ad-supported and subscription video-on-demand formats.

Hotel is a new channel from Atlanta-based Steed Media Group, launching this August with a mix of entertainment and educational content.

"Investing in Black-owned media is investing in a new future where Black people are in control of their own narratives." -- Detavio Samuels, Revolt Media chief executive officer

"We will be in the content business. We have too much history not to be." -- Ebony/Jet chief executive officer Michelle Ghee

"We are not a monolithic group. We come from everywhere. One cable channel does not fit all." -- Paula Madison, owner of The Africa Channel

"The (smart TV) market is expanding in a big way, not only in reach but in offerings. The revolution will not be televised. It will be streamed." -- Unfiltered host Roland Martin