“Black Panther” Is a Billion-Dollar Phenomenon and an Opportunity 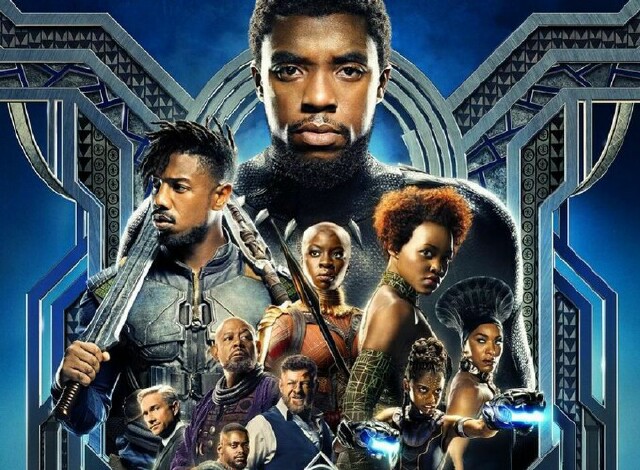 Black Panther, the latest entry in Marvel's cinematic universe, has far exceeded box office expectations, with numbers that have made it a myth-busting game changer with significant implications for content producers of all genres  -- and Hollywood in particular.   The conventional myth masquerading as wisdom in Hollywood has been that films featuring a primarily black cast would not provide significant financial returns.  This film’s transcendence from blockbuster status to full-blown phenomenon -- it has now made $1 billion at the box office -- heralds a new status quo that can’t be overstated.

As international markets became a considerable part of the cinematic economic structure, a second myth surfaced:  that black films would not find an audience overseas.  Ignoring the success of international box office superstars like Will Smith, Eddie Murphy, Denzel Washington, Samuel Jackson and Dwayne "The Rock" Johnson emphasized the disconnect between the reality at the cineplex and what projects were consistently greenlit.  Black Panther exposes both of those myths as patently false.  Audiences not only want diverse stories, they are desperate for them.

It is not unusual for movies, particularly superhero-themed movies, to rely on crossover opportunities to drive fan interest.  Black Panther has not only taken advantage of traditional tie-in properties like amusement parks but has staked out new territory in charity, academic scholarship and voting activism.  The world of Black Panther is influenced by Afro-futurism, a cultural imagining of the black diaspora through technology, science fiction, culture and politics.  That unique cultural perspective has paid incredible dividends toward maintaining a fevered interest in all things Black Panther.

In turn, Marvel is poised to benefit from the fact that the film has crossed over to new mediums (philanthropy, academics, politics) that previous franchises couldn’t. Black Panther has even inspired ongoing conversations on black liberation politics and black nationalism.  The Twitter hashtag #killmongerwasright alone is an ongoing online debate centering on the film’s hero, T’Challa (a.k.a. Black Panther) and his nemesis, Erik Killmonger.  That commitment to immersive world-building has created a rabid fan experience once thought to be the sole domain of franchises like Star Wars, Harry Potter and Lord of the Rings.

Ignoring the success of Black Panther is impossible, but the transferable takeaways available for adoption by studios and marketers require serious work.  The prevailing attitude among studios and content creators that empowered the myths of a limited market for black majority content is still in place.  Some voices will refer to Black Panther as a "unicorn" insisting that this film and this time in history are unique.  They may say that the success of diverse content is less a trend and more a blip on the radar.

Resist the urge to listen to those critics because they are out of step with culture. There must be an even greater commitment to diverse projects.  We need "360 diversity," meaning from front of camera actors to behind the scenes directors and all points in between: the writers, costume designers, set designers, crew members, anthropologists and others who exist in the margin but are creating the stories that audiences want.  The creation of a nuanced world requires cultural expertise that is positioned to translate these stories to a mass audience.

Diversity is a world-building business, and if you're not committed to it, you will lose in the long run.  Consider the following upcoming projects:  Nnedi Okorafor's Who Fears Death has been optioned by HBO, Moon Girl and Devil Dinosaur is becoming an animated series and N.K. Jemison's Broken Earth Trilogy is in development with TNT.  Diverse stories are hiding in plain sight and only require resources and commitment to allow them to flourish. #wakandaforever