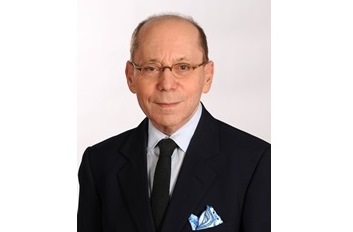 What are the most notable recent changes and trends in the entertainment business? Not all of the changes are due to our friend the Internet, although that is obviously playing a very big part. Many motion picture industry figures have commented that we are headed to a future of still more big-budget movies dominating the marketplace at very high movie ticket prices. Are the big boys and girls of show business going to win the lion’s share of revenue in the future?

Over the past year, two books stand out in terms of clearly seeing the big picture. Suggested reading for anyone in the entertainment business is Harvard Business School Professor Anita Elberse’s recent book Blockbusters on the impact of tent-pole, blockbuster entertainment projects.

The other of the two highly recommended books, mentioned in a previous blog, is Jaron Lanier’s Who Owns the Future? Lanier’s book takes on an aspect of the phenomenon of the disappearance of the copyright industries’ “middle class.”

In any number of key industries, such as banking, automobiles, pharmaceuticals and electronics, it has long been obvious that larger and consolidated companies are gaining dominance.

In the entertainment industries, despite a large and diverse and even vibrant indie scene in most media, the giants are winning the mass markets. By “giant” I mean not just big companies like Disney or Universal; I mean big content, too, typified by tent-pole films such as the Iron Man and Batmanfranchises.

The changes are both cosmic and molecular; the transformations affect both big budget works like theatrical motion pictures, but also individual works of creativity like song tracks and novels.

Professor Elberse’s thesis is that “rather than spreading resources evenly along product lines (which might seem to be the most effective approach when no one knows for sure which products will catch on) and vigorously trying to save costs in an effort to increase profits, betting heavily on likely blockbusters and spending considerably less on the “also-rans” is the surest way to lasting success in show business.” The motion picture industry’s obsession over opening weekends, like the television industry’s fixation on first-week ratings, are symptoms of this trend.

The book has many nuggets of interest, including one challenging Chris Anderson’s famous long-tail thesis. A simplified description of that theory is that the Internet makes possible sales of some products over such a long time (e.g., books never go out of print) that significant sales add up over time, even if many such products have a slow start in sales.

Professor Elbrese notes that of “the eight million unique digital tracks sold in 2011 (the large majority for $0.99 or $1.29 through the iTunes Store), 94 per cent -- 7.5 million tracks -- sold fewer than one hundred units, and an astonishing 32 percent sold only one copy.”

A countervailing, or at a least complicating, trend is the massive volume of content available to access via streaming or downloading. A conspicuous example: YouTube says, “More than 1 billion unique users visit YouTube each month and over 6 billion hours of video are watched each month on YouTube -- that's almost an hour for every person on Earth.”

It’s ever so easy for content to be made available. But it’s an understatement to say the entertainment marketplace is “challenging” for the in-betweeners in the pack to get noticed, to make an impact and to therefore obtain enough revenue to launch and sustain the an entertainment endeavor.

There’s a lots of money at the top and at the very same time there are many creators willing to post content and not get paid. It’s all in correctly setting your company’s goals and expectations as to impact and revenue.

For distributors of content, a crucial question is where should they place their money in advances against royalties and their advertising and promotion? The answer we see in the deals being made is the same conclusion that Professor Elbrese reaches: Big projects with a potential big return.

What does it all mean in the entertainment business? More content but relatively few big hits. A few hit records, books and movies are worth the financial gamble as it turns out. More sequels, more sound-alike songs are what we see as pop culture consumers.

On the business side, television with its more nimble processes and smaller budgets is a beneficiary of talent and energy squeezed out of feature motion pictures. In a sense, the definition of success is being redefined. Impact and small financial rewards are enough in some contexts, while in many media massive amounts of revenue are necessary to sustain a successful business. For example, many creators happily use open source and forego direct revenue.

For dealmakers in the entertainment businesses it means nimbly and cleverly structuring multi-tiered arrangements across media that can generate multiple sources of revenue to support the project are more important than ever. That’s true whether at the core the project is a TV series, a book franchise or a rock band. For creators in the middle of the pack, however, getting enough revenue to be promoted, seen and rewarded is harder than ever.

Financial success in the entertainment industry isn’t entirely dependent on money and marketing (although it can sure seem that way sometimes). The inherently unpredictable nature of creativity, magic, art and public taste means that outliers and innovators -- large, medium and small -- always have a chance at success, however that word is defined. More opportunities for distribution and access to entertainment content exist than ever before. But, there’s no denying that it can be very good indeed to be a behemoth and to own both the tent-poles and the tent.

Mark A. Fischer is a partner at Duane Morris LLP. His law practice is focused on solving problems and making deals for innovative companies, institutions and individuals. Mr. Fischer’s clients are typically in the creative industries such as new media, social networking, music, interactive entertainment, information technology, software, television, publishing and toys. He may be contacted at: mafischer@duanemorris.com.

Read all Mark's MediaBizBloggers commentaries at Mark A. Fischer.

Partner Duane Morris, LLP Mark A. Fischer is a partner at Duane Morris LLP based in Boston and New York City.. His law practice is focused on solving problems and making deals for innovative companies, institutions and individuals. Mr. Fischer’s cl…