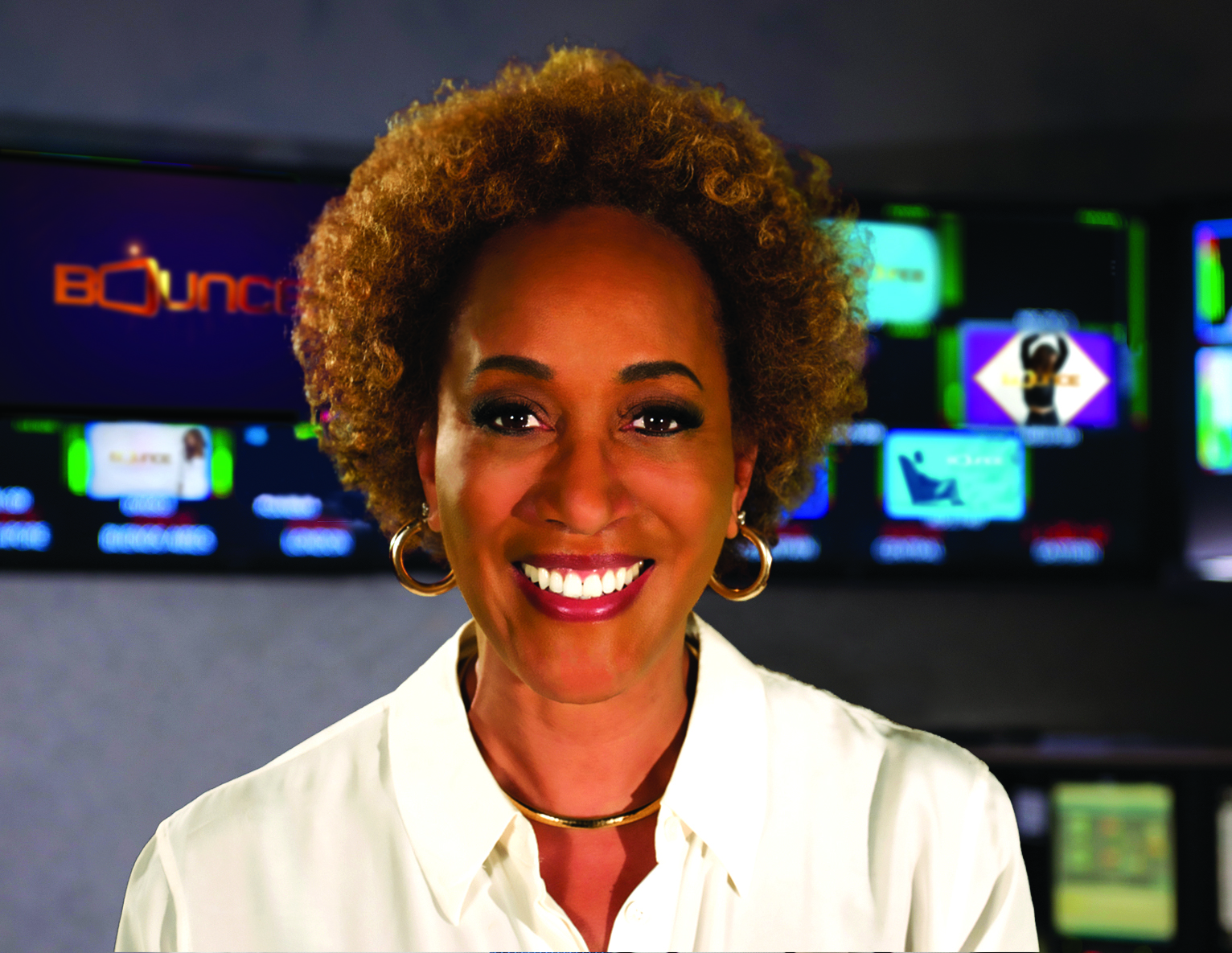 When Cheryle Harrison (pictured above) became head of Bounce TV a few months ago, she had already been immersed in the network for more than a decade. In fact, she's been a key player since its inception.

The possibility that she would reach this career turning point wasn't in her sightlines at the time she and other former Turner Broadcasting officials set up the multicast-distributed channel in 2011. She was more of a "technical geek" back then, she explained. "Running a network was never my priority. I was thrilled by all the elements associated with creating the foundation for commercial sales. I kind of got good at it."

Good enough to eventually rise to general manager of Bounce in 2019, and then be elevated to the head of the network at the end of 2021.

Harrison foresees the Bounce brand becoming "a meeting place, an all-inclusive community where you can go and get wonderful movies and compelling original content, and the audience has a close, conversational relationship with Bounce from a social media standpoint," she said.

"When you're serving the African American audience, you serve a community with a wide range of needs," Harrison continued. "Given the richness of our community, we would like to serve and be partners with our audience in a variety of ways. It's a broad and lofty vision, but I believe it's fully attainable."

Key to fulfilling that vision is increased investment in and development of original scripted and unscripted material. Big announcements on both fronts are forthcoming, but Harrison pointed out some content that indicates future developments to come. Among them is a second season for Johnson, an Atlanta-based dramedy about the lives of four men with the same last name that received wide critical acclaim and viewer approval when introduced last fall. (Our own Ainsley Andrade gave it a rave.) Harrison described Johnson as "a groundbreaking, brand-defining hit" and a precursor to the quality and authenticity of the originals Bounce will display from this point forward.

This fall Bounce will debut a dramedy involving African American women as a companion to Johnson, Harrison said.

In addition to deveoping original series and movies and presenting top contemporary theatrical motion pictures, the network also produces and airs the Bounce Trumpet Awards, which recognize the outstanding accomplishments of African Americans and those who have succeeded against great odds and inspired success in others. Founded in 1992 by American Civil Rights leader Xernona Clayton, the Trumpet Awards were acquired by Bounce in 2016.

This year the Bounce Trumpet Awards will be celebrating its 30th anniversary and is set to be telecast on Juneteenth, a day recognizing the emancipation of African American slaves.

As time goes on, Bounce will expand its identity as a multi-platform television network, while BounceXL will become a CTV (connected TV) showcase for Bounce brand programming and one which will also test concepts and projects that could move to Bounce TV over time. "While showcasing great programming for our audience, BounceXL will be a little more experimental in its scope," Harrison explained. "It's an opportunity to acquire content from creators that generally may not get access to linear TV and see how the viewers react."

Bounce is also exploring first-look development deals with individual series creators and producers. "When you talk about growing this brand way beyond where it is now, that's definitely one area we want to expand," Harrison said.

Look for some level of interactivity to reach viewers over time. "Technology is not only how we find our audience," Harrison concluded. "It's also going to define and fine-tune our relationship with our consumers in a variety of ways on all different platforms. The goal is to build as many access points to the experience as possible."