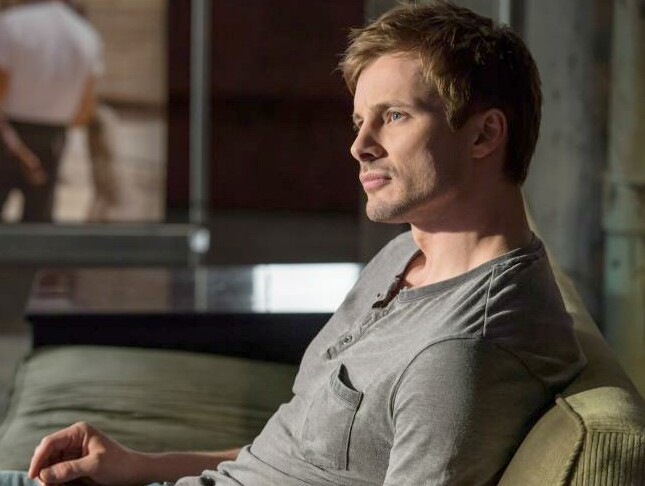 For the past 40 years “The Omen” movies and their collective stories about Damien Thorn, a.k.a. the Antichrist, have terrified multiple generations of horror fans, first in theaters, then on video and DVD, and now on cable and streaming sites. So when A&E needed a suitable companion series for “Bates Motel,” which is based on another unstoppable horror franchise that has thrived across multiple platforms, it seemed the perfect time to continue the “Omen” saga. And the sinister Mr. Thorn was born … again.

“I was in working in Vancouver and had a handful of scripts sent my way,” James tells MediaVillage in an exclusive interview. “I really didn't have time to read them all so I kind of ignored them. Eventually someone said, ‘Have a look at this one.’ It was ‘Damien.’ It didn't take me very long to understand why it had been nudged in my direction.” 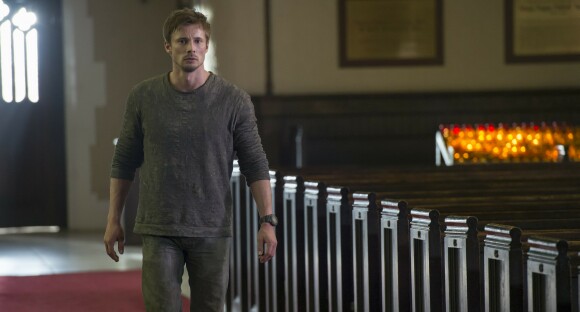 According to James the smart writing immediately grabbed his attention. A meeting in Los Angeles with the producers followed, cementing his interest. “I finally got to meet the warped minds that had created the show,” he says. “It was a great match, and I was hooked.”

James was relieved that the series focuses solely on the original film (and ignores its two sequels), as it is the only one in the series he has seen.  He opted to not watch the sequels (“Damien: Omen II,” released in 1978, and “Omen III: The Final Conflict, released in 1981) given that they have no bearing on the adult Damien Thorn of today that he is portraying.

“I’d really only seen the first movie, not the second or third, sort of purposely really, and not to influence any decisions I might make consciously or subconsciously,” he shares. “I really needed a fresh and original kind of take on it.”

Of course, revisiting the original film seemed mandatory homework. “I saw it when I was young; probably too young to understand what it was,” he recalls. “So I re-watched it and understood fully why it was so popular. Suddenly I realized there was this fan base there for it, which you don't really think about. I was surprised when [I] mentioned ‘Damien’ [that] people are very aware of it.”

James also says he had to catch up on “Damien’s” companion piece “Bates Motel.” “I was a little concerned when I saw that it was set in modern day and kind of wondered what was going on here?” he admits. “But it's a show that has created its own life away from the movie. [Series lead] Freddie Highmore [who portrays the murderous and mother-obsessed Norman Bates] has done a terrific job.” James says the “Damien” team has also “taken a classic and, with no disrespect and for the sake of getting the story right, essentially set up our own rules for the story we want to tell.” 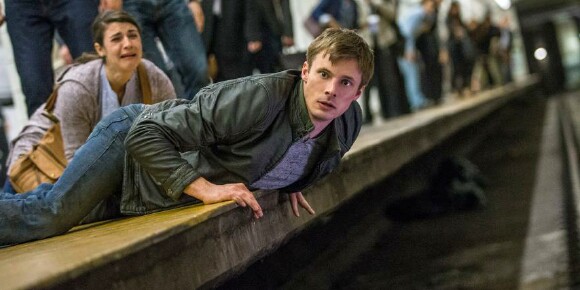 James refers to himself as a “casual watcher of horror movies, mainly as a good excuse to cuddle up on the sofa with a girl and pretend to be frightened.” While “The Omen” was very violent and terrifying in its day, he feels it was the non-gory aspects of the original film that set it apart in the genre.

“That's part of ‘The Omen’s’ class; it's not a straight up horror fright-fest,” he says. “It really tries to create a grip that tightens because you care about Robert Thorne, you feel this grip tightening on his life but it’s too late before he realizes he needs to escape it. I think that's really a testament to Gregory Peck; Robert is just hoping to make his way out, but doesn't.”

As for personifying the Antichrist and any associated social stigma, James laughs, “That's the challenge of an actor. I spent five years playing King Arthur on ‘Merlin.’ The challenge is to escape the limitations of other people's minds and do something else. This is something else, something very different that I’ve put my heart and soul into.”

James also admits that being “branded” with the iconic “Number of the Beast,” 666, did leave him feeling cold. “There’s something really ominous about having ‘666’ drawn on the back of your head,” he says. “But I have this cap with the 666 in place, so if I do want to feel like I have it I can. In fact at the end of the show they pummeled us with all of this merchandise with ‘Damien, 666’ all over it. I am set for Halloween for the rest of my life.”

And what about women fleeing the Antichrist at the local supermarket? “That happens to me anyway,” he says with a laugh. “So, no change there.”