By Steve Gidlow January 22, 2021 Behind the Scenes in Hollywood Archives 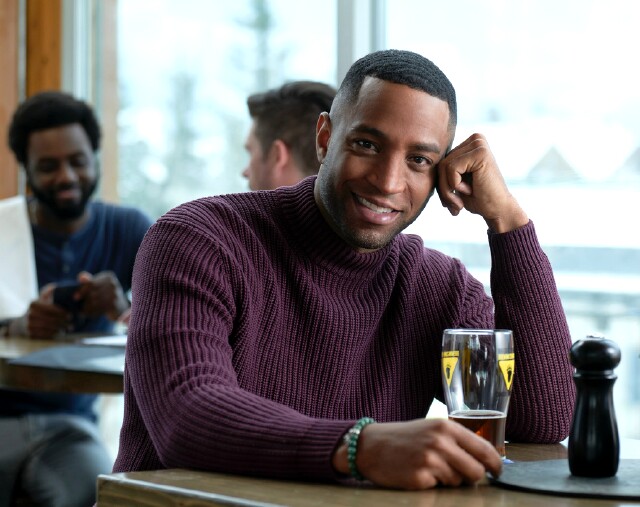 For most people, 2020 was a dumpster fire -- one that continues to burn. But not for actor Brooks Darnell. He ended the year on a high note, living a life of cinematic luxury in the beautiful town of Banff, Canada, where he filmed his latest Hallmark effort, A Winter Getaway, opposite Nazneen Contractor. The movie is certain to cement his reputation among Hallmarkies as a bona fide leading man.

The timing was perfect after many months in lockdown. "We were one of the few productions they let continue, as there was a lockdown while we were there," Darnell (pictured at top) told MediaVillage in an exclusive interview. "But Hallmark, and our producers, really banded together and called in their contacts. The Manitoban government was like, 'We like these guys, we're going to keep rocking.' So, a big thanks to them, and Hallmark, for not shelving it and for not saying [they would] come back in 2021 after things clear up. They really wanted to make this movie."

In the film, Darnell stars as Joe, a recently single computer tech treated to a lavish Banff getaway by his wealthy best friend. Overseeing his every move is Courtney (Contractor), his personal concierge, who is used to dealing with "entitled" clients. But Joe is more of a "carry your own bags" kind of guy, and very different from her usual clientele. Traveling solo, and not wanting to partake in any of the activities alone, Joe invites Courtney along for his unforgettable ride. As the two connect, feelings form. But following her strict "no-dating-clients" policy, Courtney is determined to keep things strictly business. 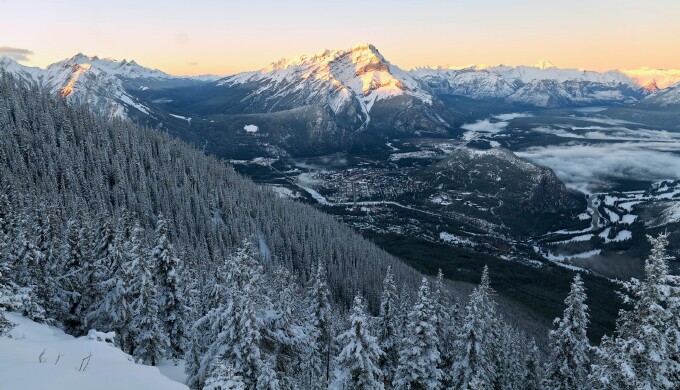 For Darnell, getting to experience the splendor of Banff and its surroundings was the icing on a dream job. "Our director Steve Monroe and the team really put an added layer to this movie," he said. "Granted, they had a lot of material work with. Banff was just majestic! The mountains just humble you so much and you don't realize how small you are until you see things like that in nature. Everything from the set pieces to the costumes was amazing, and the whole movie is just beautiful.

"Initially, when I read the script [the movie] was supposed to be [set] in the Swiss and French Alps," Darnell revealed. "[The Alps] would have been wonderful, but having Banff as [our location], you won't hear me complain. I couldn't stop taking pictures and I think everybody will get that from the movie. I'm not a winter person, which is why I spend my winters in California, but I'd seriously consider, for the Winter Wonderland part of it, going to a place like Banff because it's everything you want in the season!" 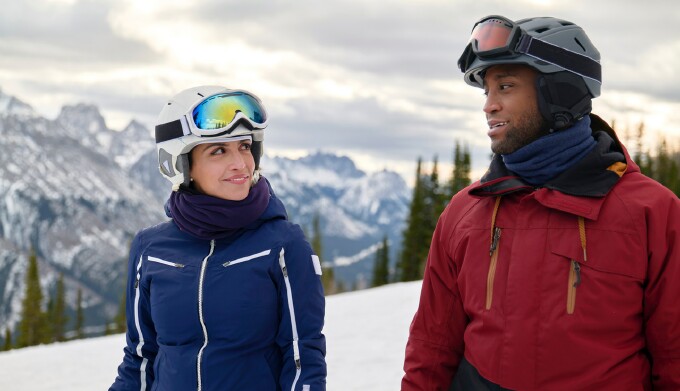 Another surprise element of the project that appealed to Darnell was what turned out to be very diverse casting that paints an accurate picture of the world we live in. "I'm even more diverse than I look," he shared. "My grandma is white, she's about four-foot-two and Irish. Nanzeen [who is Canadian Indian] was a blast and so full of energy. Why we meshed so well together is because we're people, and [they] wrote it for people. They didn't write it for a black guy or an Indian woman, they wrote it for people.

"That’s what I think was getting lost before, and not just at Hallmark, with everything diversity-wise," he continued. "You don't write for black or white, and yes there are certain contexts, but you write for people." We're all the same, so if you write for people it can blend genre, blend races, sexuality -- so kudos to Hallmark for getting that. I'm always a big proponent of change, in advancement, and taking a stance on that. [Hallmark] has done well with this film." 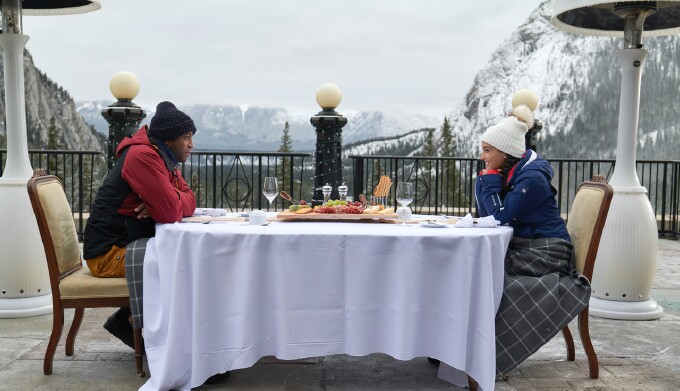 After living so nicely courtesy of A Winter Getaway, Darnell admitted it's something he could get used to. However, he'll always stay grounded. "I'm the guy who's like, 'Let's pay a company to carry our stuff and then invite the driver, the pilot, and the housekeeper in,'" he shared. "I'm like my character Joe in that sense. We learned this past year it's about our nurses, first responders, doctors, and our guy at the grocery store who has a family at home but is still there around a million people a day and making sure the groceries come in at night and the shelves are stocked so you can get up in the morning, get food, and stay healthy. My mom is the same way. We're just open people who feel the love. I don't think I could be any other way."

He's also appreciative of the #Hallmarkies, who have embraced him, and looks forward to their advice as to what his next Hallmark project should be. (Hint: His fingers are crossed for a sequel.) "I’d love to further these characters' adventures," he said in closing. "The Hallmark fans are amazing! Not only do they follow the films; they follow the Hallmark lifestyle. Sometimes they know before I do about things that are happening. I'll get messages and I'm like, 'This hasn't been announced yet! How do they know?' They're just on it with so much love it makes you want to do the next movie."

A Winter Getawaywill be telecast Saturday, January 23 at 8 p.m. on Hallmark Channel as part of its New Year New Movies! programming event.