In "Donny!" “Brought To You By” Are Again Words to Live By (And Buy) 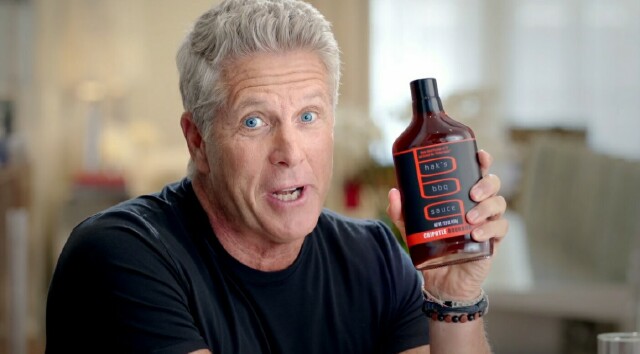 Given that the "M" in TCM stands for movies, it's unusual for the cable channel to program anything other than theatrical films. But viewers recently were treated to six and a half hours of episodes of live TV drama series from the early 1950s, all featuring James Dean. TCM ran eight episodes, selected from among 19 in a new DVD boxed set, "James Dean: The Lost Television Legacy." The titles of most of the series highlighted the names of the sponsorsing advertisers, in keeping with a practice that was commonplace during the Golden Age of Television.

Now it's unlikely that anyone who watched the episode of "Campbell Soundstage" on TCM ran out and bought a case of Campbell's soups, even if he or she noticed the images of the Campbell's Kids festooning the closing credits. And it would be hard for even the most ardent Dean fan today to thank Lux or Philco for believing in him early in his career.

Still, the long afterlife for the episodes is a reminder of how marketers -- and consumers -- benefited back in the day from an advertising model that was discarded after being outdated. Among the other pluses: the ability to reduce interruptions by embedding paid pitches into the plots of programs, and increasing the memorability of ad messages by having cast members deliver commercials. Also, sponsored shows, with their branded, "Brought to you by" benevolence, typically had fewer commercials and fewer commercial breaks. And you never knew what might happen when commercials were delivered live, as seen in the video below.

Considering the difficulties confronting Madison Avenue because of technologies like ad skipping -- the new TiVo Bolt, for instance, lets owners avoid entire commercial breaks -- and ad blocking, it's no surprise that some strategies from the Golden Age are being revisited and re-evaluated.

On the theory that it's hard to block ads when they're part of a program, brands will be woven into the plots of the six episodes of a series on USA Network, starring the former adman Donny Deutsch (pictured at top), that will premiere Nov. 10. Viewers of "Donny!" will see Deutsch turn to the camera, break the fourth wall and tout sponsors' products such as Hak's barbecue sauce and Purity vodka; in one episode, he'll clean his home with a Dyson vacuum.

Such organic integrations were "an essential part of the show from the beginning," said Alexandra Shapiro, executive vice president of marketing and digital at USA, recalling how during discussions Deutsch said "the system isn't working" and asked "how do we make a show that speaks to what advertisers want: customized content that in theory is DVR-proof."

"We carry these integrations over to social," Shapiro said, explaining that on the DaManDonny accounts on Facebook and Twitter, "the voice is his fictional character, a talk-show host, endorsing the products."

"He approached an old-school model and made it feel modern," she added. (For more on "Donny!" read "Introducing Donny Deutsch: Sitcom Star" by Ed Martin.)

Dan Lovinger, executive vice president of advertising sales at the NBCUniversal Entertainment Group, which includes USA, cited a former NBC star, Jack Benny, who seamlessly knitted commercials for sponsors such as Lucky Strike (first video below) and Jell-O (second video) into the story lines of his shows.

Given the "challenges the industry is wrestling with," he added, "we're trying to be as proactive as possible in solving for them." Other examples cited by Lovinger include custom commercials for Comcast Xfinity, Samsung and Toyota that are created by and feature cast members of the USA series "Playing House" and a new iteration of the public service campaign, "The More You Know," in which Andy Cohen of Bravo promotes pet adoption and Subaru (below).

Some advertisers are trying out sponsorships, among them Sysco, with a series on Food Network, "Chopped: Impossible," that incorporates a chef who's a Sysco brand spokesman. Others are boomeranging to the "Brought to you by" era, such as General Electric, which is co-developing a new cable series, "Breakthrough," with National Geographic Channel and becoming a sponsor of a virtual reality film project with the New York Times.

What will be the next big step on Madison Avenue's back-to-the-future journey? Here's a fearless forecast: A cable or broadcast network will sign at least one advertiser as a title sponsor of a prime-time series.