Building a Green Image for the Electric Porsche 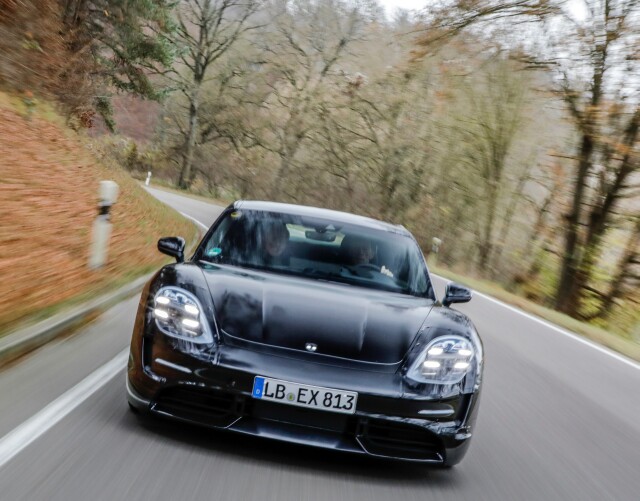 Montreal, Canada -- Automakers are presented with unique marketing challenges every day, but one of the biggest these days is preparing buyers for a product completely outside what they have come to expect.  That’s especially true of the fabled Porsche brand, which has had performance and the internal-combustion engine in its DNA since “Number One,” the prototype for the legendary 356, was completed in 1948.

Porsches traditionally were air-cooled and rear-engined, and purists still prefer them that way today. The company had to endure groans and moans when it produced a car with both a front engine and water cooling in the 928 of 1978.  Further protests accompanied the Cayenne, an SUV, in 2002.  Of course, the Cayenne and another SUV, the Macan, have since become Porsche’s best-selling U.S. models by far.  It’s why every performance automaker that swore it would never produce SUVs is now producing SUVs (except McLaren).

But now Porsche is going electric with the 2020 Taycan (pictured at top), and that’s another big change.  Olivier Humpert (pictured below), the company’s Director for Exterior Procurement, says that eventually every Porsche model will have an electric makeover, probably ending with the just-introduced Carrera, the latest variant of the sacrosanct 911 (introduced in 1963).

Humbert was at Michelin’s “Movin’ On” green mobility conference in Montreal June 5 to help bring the brand into the sustainability universe.  He 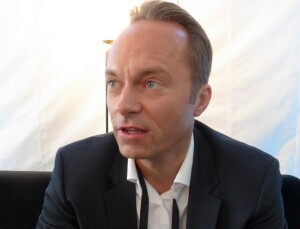 wouldn’t put it exactly that way, but Porsche -- part of the Volkswagen Group -- needs to plug in, and it also needs what it lacks now, a green image.

“Brand value adheres to one’s emotional response and social acceptance,” Humpert said.  “It’s historically a combination.  Because of global regulation, we think that our future lies in e-mobility, and we have to work on the social acceptance part of the equation.”

Because electric vehicles are inherently zero emission, Porsche is choosing to reduce emissions that will still be occurring in its supply chain.  According to Humpert, Porsche is working on mandatory sustainability ratings for each of its 7,600 suppliers.  They’ll listen, because Porsche produces 250,000  cars a year and pays those suppliers 10 billion euros annually.

“We will do more on purchasing, and also on buying green energy,” he asserted.

On the other hand, no one will buy an electric Porsche if it doesn’t deliver where the tires hit the pavement.  Selling electric cars on green alone hasn’t worked out too well.  Most Tesla buyers have other things in mind.  The dual-motor, 600-horsepower Taycan, luckily, can reach 62 miles per hour in less than 3.5 seconds, hit 155 mph, and has a range of 310 miles.  Humpert said it can reach 80 percent of charge in 30 minutes, via a new Level 3 network the company is building.

“Our goal is to let people drive the car and see that it is very much a true Porsche, with the speed and performance they have come to expect,” Humpert explained.  “Electric cars can be very fun to drive.” The company hasn’t revealed its advertising strategy for the Taycan, but it’s safe to say it will concentrate on convincing buyers that an electric Porsche is still a Porsche.

Porsche has created experience centers in Atlanta and Los Angeles that are very much about giving would-be customers just that driving epiphany.  Unlike Lexus, whose center in New York is focused on fine dining, Porsche wants its prospects on the road.  There are personalized driving coaches, driving theory classes and a maximum time on the tracks -- four miles of track in Los Angeles, for instance.

The Taycan is expected to sell for $85,000, which is approximately $17,000 more than the base Tesla Model S it will compete with.  The price difference is there, but it’s not all that significant for buyers in this class (and Tesla consumers usually spend a small fortune on options anyway).

Tesla has a strong brand now, but Porsche has an even stronger and historically burnished one (with many racing wins in its heritage).  If buyers are convinced that buying a Taycan makes no sacrifice in performance and is a benign buy for the planet, Tesla will have something to worry about.