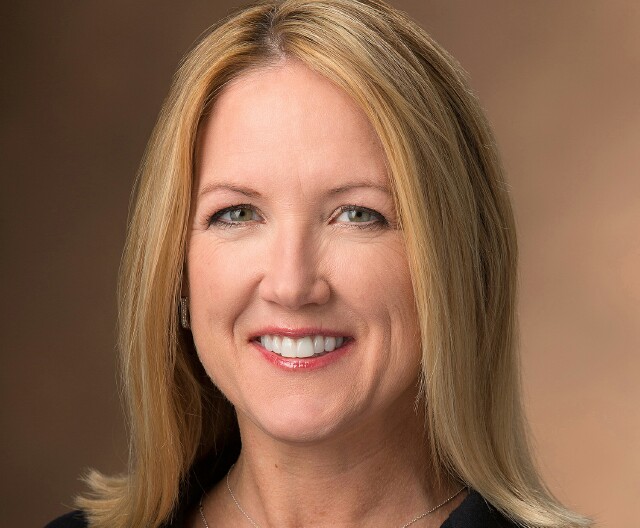 Deborah Wahl, who took over as Cadillac’s marketing chief a year ago, came over from the Golden Arches.  If a resume that includes McDonald’s and the home builder Pulte sounds unusual for a top spot in the auto industry, keep in mind that Wahl also had marketing positions at Chrysler (as it was known then), Toyota/Lexus, Mazda and Ford.

And why not McDonald’s?  Wahl’s work there centered on bringing younger patrons into the brand, and that’s exactlyher focus at Cadillac.  Tesla brought George Blankenship over from Apple in 2010 because he also had experience in building excitement and enhancing the buying experience.

Cadillac does need a marketing makeover.  It’s in a good position in China -- where it’s a leading luxury brand, popular with young buyers -- but not yet fully turned around in the U.S.  The company is hoping an onslaught of SUVs, starting with the XT4 (a strong crossover seller in both the U.S. and China) will put the company on top again as the Standard of Excellence.

In an exclusive interview with MediaVillage, Wahl said that legacy companies such as McDonald’s and Cadillac actually have quite a bit in common.  “Cadillac has been around for more than 100 years, and McDonald’s more than 60,” she said.  “For these beloved brands you find some similar challenges.  How do you continue to connect with the customer and still leverage off your heritage and the core foundations of the brand?”

In 2019, that means SUVs, and lots of them, with different sizes and configurations appealing to different classes of consumers.  Wahl said this is the company’s Year of the SUV.  “We’re entering some of the largest luxury SUV segments with new products,” she explained.  “This phase is incredibly important.  We had the launch of the XT4, and this year during the Academy Awards we also gave a sneak peek at our next model, the XT6.  It’s in the mid-sized luxury range with three rows of seats, one of the fastest-growing segments.”

Cadillac gave the Super Bowl a pass and instead advertised during the 2019 Oscar ceremony because “it’s a very good match for us in the luxury world, the second-most-viewed event in TV after the Super Bowl,” Wahl noted.  “There’s not as much hoopla over it as there is with the Super Bowl, but viewers pay a lot of attention to it.”

Cadillac marketing is about more than youth-focused XT4 commercials, Wahl said, and includes 18 specific product videos on YouTube that cover what the car has to offer.  “Channel marketing is not quite as visible as a TV ad, but we saw immediate take-up on the videos -- 10 million views,” Wahl revealed.  “The videos are served sequentially on YouTube, and we use some sophisticated customer data and targeting algorithms.”

Wahl is data driven, and she acknowledges that there’s some evidence that young people of car-buying age may not want to own at all, preferring to share vehicles.  But that’s no reason to ignore a huge market.  “For younger buyers, you can’t underestimate the fun end, and how it feels to be in a car,” she said.  “This new generation of Cadillacs offer a very fun, very different experience.”

Cadillac is also re-jiggering its social media presence to add more fun activities (such as the “Love, Cadillac” Twitter promotion on Valentine’s Day) and attending events such as ComplexCon, where people gather to talk about the next wave of art and culture.  “We had a lot of people engaging with us there,” Wahl said.

And then there’s the technology piece that Wahl says is a big part of Cadillac’s story going forward. General Motors used Cadillac to introduce Super Cruise, its semi-autonomous technology, and Wahl says that touting its benefits (and that of other tech to come) is part of preparing the brand for the future.  Cadillac is also preparing an electric SUV with a range of more than 300 miles (and autonomous capability) due in the 2020-2021 time frame.

“We talk about being ‘omni-channel all the time,’” Wahl said.  “We have to be playing in all areas in a more complex and sophisticated manner than at any time in the past, and be really relevant in speaking to different audiences in different ways.”

In recent years, automakers have been pulling back from the traditional reveal of new models on the floor of major auto shows -- Detroit, New York, Los Angeles, Chicago -- and instead are bringing them out online, or at off-site parties.  Wahl is part of that.  “Social channels are a much bigger part of our mix now,” she said.  “It’s forced us to look at all these things differently.”

Finally, when asked about the ideal demographics for Cadillac buyers in 2020, Wahl said it’s not one age group or one type of successful person.  “The definition of success and how it is perceived has changed dramatically,” she asserted.  “If you look at our commercial for the Oscars, it shows people taking a variety of paths to success.  So, it’s more broad-based, and there isn’t one single customer who you can say, ‘That person is it.’  People will be buying Cadillacs when they achieve something, when they’re at the next step in their lives.”