Caity Lotz: From Lady Gaga to "Legends of Tomorrow" 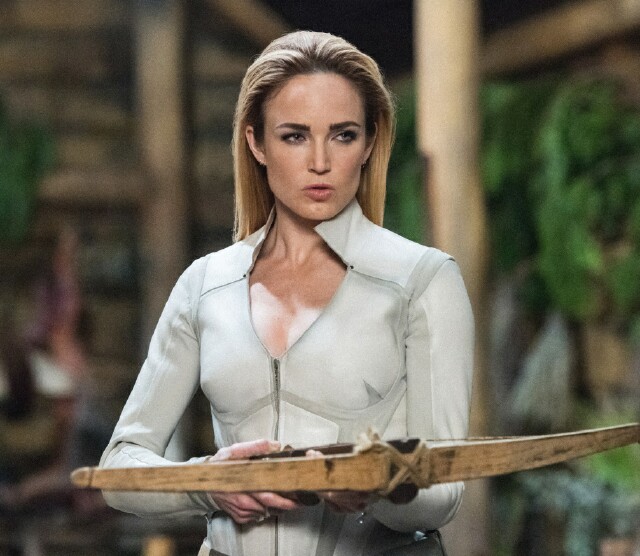 Being a “legend” is a far cry from her early days in showbiz for actress Caity Lotz.  As Sara Lance/White Canary on the CW seriesDC’s Legends of Tomorrow, Lotz is literally kicking butt as the leader of the time-traveling Legends team.  But before she was rocking her way through the space-time continuum, Lotz (pictured above) was performing with the likes of Lady Gaga as a backup dancer -- just one of a few vocations the actress dabbled in before turning to acting.  “I love to dance and then I did singing,” Lotz told MediaVillage during a recent conversation.  “But I wasn't Mariah Carey; it just wasn't my gift to the world and I felt I needed to move on.”

According to Lotz, it was while on tour with Avril Lavigne that she realized a change was needed.  “I was playing arenas and I wasn't excited about it at all,” she admitted.  “So I finished that tour and I was like, ‘I have to go.’  That's when it was time for me and that's when I started acting.  I never planned on being an actress.  It's weird; I don't feel like [one].”

In fact, Lotz’s road to superhero-dom is an interesting one.  “I danced because I love to dance,” she said.  “Then I got an agent and I was being paid to dance, which was cool.  But it was still about going to college and getting a job.  I ended up becoming a part of a singing group, moved to Europe and dropped out of school.  When I came back I didn't know what I wanted to do so I started taking acting classes.

“It wasn't that I necessarily wanted to become an actor,” she continued.  “I just thought it was an art form that was about feeling.  I wanted to feel those lows and highs in a safe environment and it was about the art of living in the moment.”

While Lotz admits those early days on the road were at times tough, she wouldn’t trade them for anything and savors the memories.  “It was fun," she recalled.  "I loved movement and expressing myself so that was great and Lady Gaga was good; she would come into rehearsals and [she’d] be doing it full out!  I remember doing one music video with her; it was like four in the morning, she showed up and was already Gaga.  She had sparkly underwear on, no one was there but she was in it … that girl, she puts it down!” 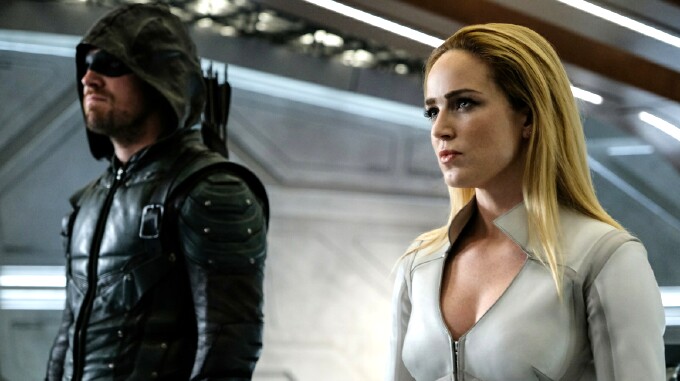 Like Gaga, Lotz can also “put it down.”  She’s been high-kicking her way through three seasons on Legends, but surprisingly it wasn’t until she appeared on Arrow(above), then Legends, that she started using a stunt double.  “I did a movie called The Machine that was heavy in martial arts and stuff with no double at all,” she laughed.  “That's now ‘weird’ because I can't imagine not having one.

“On Arrow, I didn't have a choice,” she continued.  “It's all about the insurance thing.  I'd be like, ‘It's okay guys, I can do stuff.’  They’re like, ‘sure you can,’ but it also has to do with time.  Now I have a great stunt double and some days she'll come to set and not end up doing anything, but I still need her.  She's the one in all of the rehearsals choreographing the fights and learning the moves and teaching them to me to make sure that I'm safe.”

It seems that as long as Lotz is around everyone in the cast of Legends will feel safe.  Asking her to dish on which of her co-stars is most likely to crack up during a take is not the best idea.  “These are my people, I'm not gonna talk shit about anybody,” she joked.  “I feel that we’re all really protective of one another now. It's like don't come for my friends, and that's really nice.  It is tough out there, so we lean into each other and are totally different.  It's interesting that we all get along so well.

“Though I actually shot a scene where I could not stop laughing,” she admitted. “There was a line about a Nick [Zano’s] character Nate loving broccoli and every time he said it I would die laughing and I ended up having to ask him to not say the line.  To me, the second season became a bit of a comedy, and the third season is a full-blown comedy and has been so much fun.  I really like taking things over-the-top.  Going in this comedic direction has been great for the show and great for all of the characters.  Everything is thriving more in the space.”