Can OOH Reach $35 Billion by 2025? The DPAA Summit's Auto Marketers are Bullish 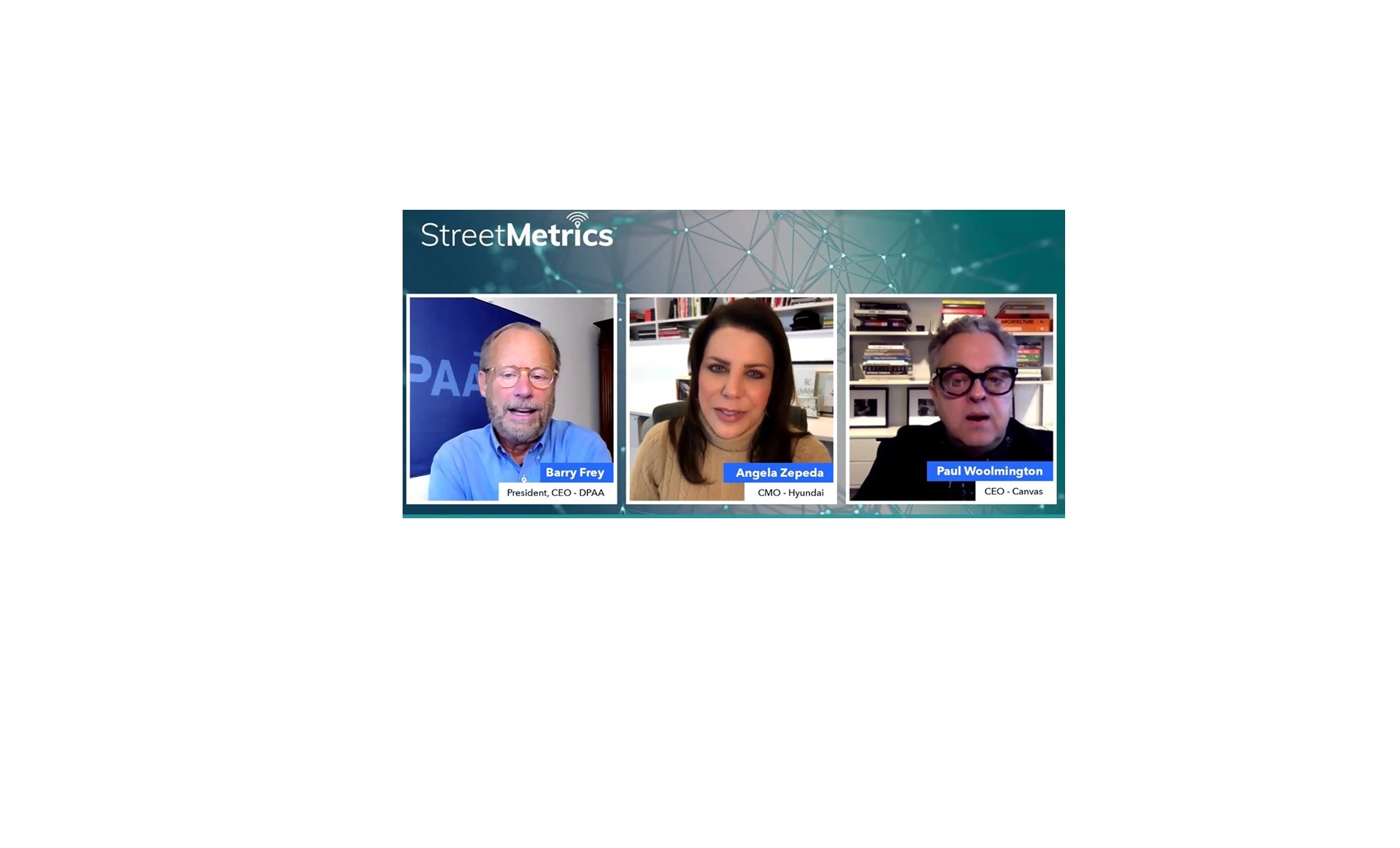 DPAA describes itself as "the leading global trade marketing association connecting out-of-home media with the advertising community while moving out-of-home to digital." And it had that as a laser focus during the dynamic and virtual DPAA Video Everywhere Summit 2020, which included two high-level auto executives talking about their growing interest in the out-of-home market.

Opening the automotive segment, Maroun Ishac, a director of business development at Intel, described the level of investment in technology for programmatic out-of-home advertising "unprecedented," and said that it could make OOH a $35 billion industry by 2025. "We have all the technological capabilities to make that happen today," he said. Something else is required to make that big leap: buy-in from big auto marketers.

OOH was dealt a blow by COVID-19, so it has to recover from that first. Ad revenue was down 45 percent to $1.48 billion in the second quarter of 2020—for obvious reasons. If people are quarantined, they're not "out of home." For the first six months of the year, revenue was down less—$25.2 percent—with a total of $3.34 billion, according to the Out of Home Advertising Association of America.

Barry Frey, CEO and president of DPAA as well as the host of the summit, sees great potential for the marriage of automakers and programmatic OOH. "It used to be you put your ad on the side of a building and it stayed there for a month," he said in an interview. "But now we're digitizing the medium with great mobile and location data, and dynamic advertising that can change by time, by temperature, by audience and by breaking news. The ads can be changed depending on the cars going by."

What's more, Frey said, auto marketers will learn—from that anonymous phone data—that people who passed by a digital billboard later visited a dealership or went online and looked at information about the car in question.

"From March on, it's been a wacky year for everyone," said Zepeda, who'd been in her job only a few months when COVID hit. "But we were luckier than most because we had cars on the ground. It was actually a great time to buy because everyone was offering these great incentives."

Hyundai gave nervous buyers a safety net—payments would be covered for up to six months for owners who lost their job in the pandemic—which it played up in advertising messages. Here's one of those ads, from New Zealand:

Buyers could also complete their transaction with limited dealership contact, which is an ongoing trend that gained traction during COVID. "It was strong messaging and a lot of people said yes to it," said Zepeda. "As a brand, we're sensitive about saying, 'Come in and buy a car.' Was that the right tone?"

Zepeda said she is "a huge fan of digital out of home. With the available metrics, you can tell how many people visited the dealerships. As marketers, we have to qualify our work with CEOs who see our work as an expense, so being able to prove that people are responding to the ads is important for us."

Hyundai marketing slowed down from April to June, but now it's back at full speed. Hyundai advertising partner, Canvas Worldwide, was on the DPAA Summit with Zepeda. CEO Paul Woolmington said OOH is a growing part of the mix. "Its digitization coupled with personalization," he said. "We have to be more contextually appropriate in how we reach people and what we say to them."

Chris Jeyes is a senor media specialist at Jaguar Land Rover. He comes from a family that loved and restored the cars, and says he applied for seven jobs over five years before finally landing at JLR. Jeyes started as a digital and social person, then switched to the media side of the business.

In OOH, Jeyes said the challenge is "conveying the sense of adventure [inherent in the cars] in a medium that's not as dynamic as others." How's this for getting attention? Last year JLR put a Range Rover Evoque on top of a Chicago Transit Authority subway entrance to engage thousands of commuters. JLR partnered with Intersection, Posterscope, DentsuX, Illumivation, and Spark44 to make that happen. "A unique OOH experience," said BillboardInsider.com.

JLR is working with Merkle M1, which Jeyes said provides "a great tool because it's surrounded with data points that give us a close look at our consumer base. We're able to get an accurate view of the people who have bought and, we believe, will buy our cars. We know what media they're consuming, and how much time they spend with that media."

Jeyes also said that it's important to develop ad campaigns that can work across channels, including OOH. So the OOH Evoque billboard the company is working on has to sync up with messages in other mediums.

Jeyes closed with a message for companies, OOH and otherwise, that are soliciting JLR's business. "When we get so many generic, insert-company-name-here pitches, it becomes tiring and I stop reading," he said. "Just tell us about the one thing you do very well. Make it unique."