Can The Purple Network's "Opinion Duel" Solve the Gridlock in Congress? -- Steve Blacker 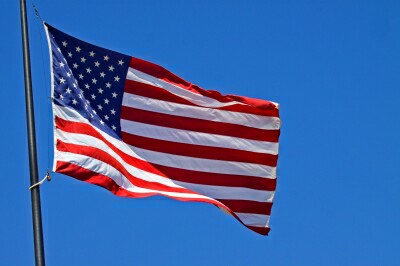 These days it's highly unusual to see conservatives, progressives and independents come together in the Beltway to amicably debate key legislative issues that will soon be coming up in Congress. It’s even more unusual for both

to listen and respect each other's view points. A brand new digital and event partnership between The Nation, National Review and CQ Weekly will soon make this possible with their bi-partisan offering "Opinion Duel."

The Nation, National Review and CQ Weekly represent three of America's most iconic, respected and influential media brands among those who influence policy on the right, left and center. They deliver over 7 million unique users and 4.5 million mobile impressions each month; plus the ability through social media to expand their content to millions more people with similar interests and demographics. An "Opinion Duel" session can be produced in a number of formats for seamless integration with a sponsor’s marketing and communications plans, live programs in a town hall setting, virtual events using Google Groups as well as studio produced and edited video that can be repurposed for many outlets.

Here's how "Opinion Duel" works. CQ Roll Call, owned by the Economist, has over 150 editors and reporters covering Congress, carefully examining and reporting on upcoming legislation before Congress. CQ Weekly's analysis is so highly regarded by Congress and their staffs that they pay thousands per year for access to CQ print and digital news and information. CQ Weekly truly represents the middle and has the ability to cull out the most important and debatable aspects of public policy and government spending, detailing their impact on major industries and interest groups in health care, technology, education, defense, energy, whatever. CQ Weekly's executive editor would act as the moderator for a policy driven debate, explain the significance and potential impact on federal, state and even local government as well as private industry, non-profit groups and society at large. Editors from The Nation and National Review will then argue the left or right position on the issue, making a case for or against creating policy that is aimed at Congress. These three senior editors create the foundation the "Opinion Duel" session. Questions could even be submitted from viewers and those attending the debate.

Each "Opinion Duel" will have an underwriting sponsor who would be featured both at the live event which would be shown on all three publications’ digital platforms as the debates occur. Promotional ads for each "Opinion Duel"

featuring the sponsor will run prior to the event in all three publications and their different digital platforms. Sponsors will also have ability to invite many of their key customers to any live or virtual debate. Most will be held in New York or Washington. The potential debate topics are subject to the policy and public affairs interests of each sponsor although full editorial control is maintained by the publishers and their editors. As appropriate, editors from The Nation, National Review and CQ Weekly editors may invite key lawmakers, industry leaders and academic as programs speakers to provide a full spectrum of opinions and a robust discussion of the selected topic.

The Nation has been a champion for progressive causes since its inception in 1865 and is America's oldest and continuously published weekly. Its editors regularly appear on MSNBC, CNN, and Sunday news programs. Editor and Publisher Katrina vanden Heuvel writes a weekly column for The Washington Post. Aside from reaching virtually every member of Congress and their staff, The Nation's subscribers are extremely successful and highly engaged. Over 75% have contacted an elected official in the past year and over 25% sit on a board of directors.

National Review, founded in 1955 by William F. Buckley Jr., is America's largest circulation and most influential magazine for conservative news, commentary and opinion. The magazine's editors regularly appear on Fox News, Sunday news programs, etc., and its editor, Rich Lowry, is a frequent columnist for many websites and newspapers, including Politico and The New York Post. There is less than a .04% duplication between readers of National Review and The Nation. The demos for National Review virtually mirror those of The Nation. Over 75% have contacted an elected official in the past year and over 25% are board of directors members.

Steve Blacker's most recent book You Can't Fall Off The Floor - The Insiders' Guide to Re-Inventing Yourself and Your Career chronicles his 50 year career working for over 25 different companies with 189 lessons learned and insider tips from Gayle King, Cathie Black, Chuck Townsend and 28 others; Blacker is still going strong today as a partner in Frankfurt & Blacker Solutions, LLC. His web site is blacker-reinventions.com and e-mail address is blackersolutions@aol.com