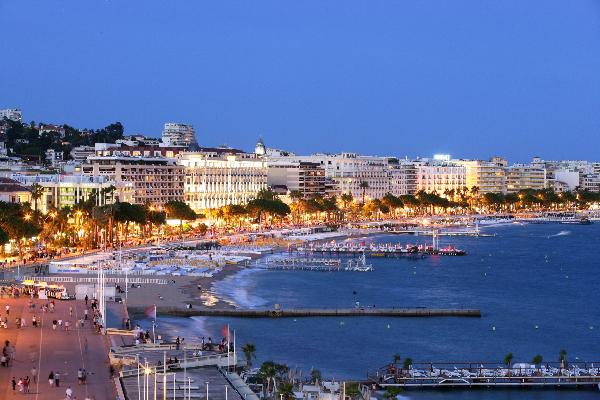 Heading to the south of France for a conference that self-describes as "the world's greatest celebration of creative communications in all its forms," I'm expecting to see some amazing examples of mobile creativity. After all, we live in a connected world that is "mobile first."

But mobile means something different in almost every market. Technology is heterogeneously deployed country-by-country and even region-by-region. Smartphones are not all smart. Android phones are not all Google Play-enabled and Apple does not dominate outside the United States.

Up Close and Personal

If you need an up close and personal example of regional mobile issues, you'll get one when you arrive in Cannes with a non-French mobile device.

First, you will notice that the rates for making and receiving calls are reminiscent of mobile phone plans in the 90's. American Verizon customers, who have not purchased the $29.95 per month international roaming add-on, may pay several dollars per minute. Even with the plan, calls are $.99 per minute, txts are $.05 and you only get 25MB of data. That's enough for about one day of heavy e-mail, a few Google maps and some light web browsing. AT&T, T-Mobile and Sprint customers won't fare much better. If you use your phone in France the way you use it in America, you'll spend somewhere between $100-$150 per day of voice, txt and data.

Remarkably, Verizon's recommendation for customers traveling abroad is, and this is a direct quote: "Shelton, I would recommend you turning your data roaming off the phone – I would turn data off completely to avoid any further charges." (Yes, Shelton is my given name, but you can still call me Shelly.)

While many believe that Verizon is the "best" network in the United States, its phones are not compatible with the rest of the world. Verizon uses a radio system known as CDMA (Code division multiple access). It may be awesome here, but overseas – it's a hot mess! AT&T, T-Mobile and Sprint all use a radio system known as GSM (Global System for Mobile) and if you have an unlocked GSM phone from one of these carriers, you can simply pop in a relatively cheap, local prepaid SIM card and your phone will become "French." (If you're wondering... yes, this is why AT&T, T-Mobile and Sprint iPhones and iPads, that take GSM SIM cards, have such a high resale value – they are sold unlocked overseas.)

"One carrier's plan in particular stands above the rest, however. T-Mobile’s Simple Choice Plans offer free unlimited roaming data and texting in over 120 countries, and voice calls are a flat $0.20/minute. The most convenient part of the plan is there's no more work for Simple Choice customers; once you land at the airport in a foreign country, you can turn on your phone and it just works."

There's a catch, of course. The relatively cheap, local prepaid SIM card is going to come with a brand new "French" phone number. This is only a big deal if you need to receive calls on your real mobile number in real time. If not, you can just check your American smartphone voicemail a few times a day. Or, have your stateside admin do it and email the messages to you. Problem solved.

Bring a Second Phone To France

If you're a Verizon customer or you just want to make your life as easy (and inexpensive) as possible, bring a second GSM phone to France. Any 3G or 4G device will work (as long as it is unlocked). You can then pick up a relatively cheap, local prepaid SIM card from one of the four most popular carriers in France. Free, SFR , Bouygues Telecom, or Orange (formerly France Telecom) and talk, txt and browse to your heart's content.

To be fair, most people who can afford to go to a festival in Cannes probably don't care what their phone bill looks like. What's a $700 phone bill when you compare it to the cost of a hotel room at the Martinez?

Actually, it's not about the money... it's about the user experience. We have all come to rely upon our mobile devices as extensions of ourselves. You won't even hand your phone to someone when showing them a picture, you select the picture then hold the phone where they can see it. You sleep with it close to your bed, you take it with you everywhere. Which begs for the question, "How will you have to adapt your behavior when you're data roaming?" Those of us who pay for our phone service will behave very differently when a new cost structure is imposed on our habitual behaviors. What does this mean in a mobile world? Would you craft different tools to address the egregious costs? Can you say, "WhatsApp?"

I Cannes, so I will!

I'm excited to go to Cannes this year. It's going to be the year for breakthrough omni-platform creative executions, mobile first consumer strategies and new advertising technologies. It is also going to be a weeklong party with some of the smartest, most successful people in the business.

What will I do for to solve my personal smartphone problem? Let's get together on the palais for a rosé and discuss it.