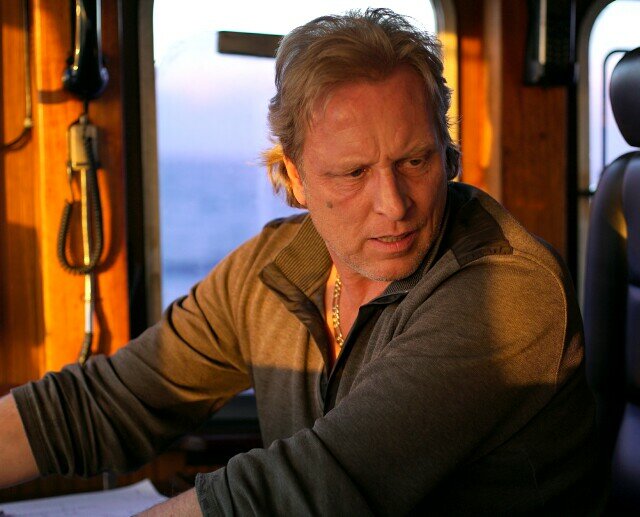 Even for the manly men who battle creatures of the deep and one another for dominance on the high seas, last fall was terrifying. That fear resonates in the arresting opening of the 17th season of Discovery's Deadliest Catch. A lone ship illuminates the shadows of the darkness cloaking Dutch Harbor, Alaska, as the gravelly voice of Sig Hansen, captain of the Northwestern, says: "People are scared."

This was in September, when hope was in short supply. As the enduring hit returns Tuesday, April 20, Hansen adds onscreen, "I've been coming up here for 42 years, and I have never seen anything like this." The gripping two-hour episode,now streaming on discovery+,reminds us just how scary it was seven months ago. When fisheries were in danger of closing, such dramatic and unusual times called for equally dramatic and unusual solutions.

To accomplish that, Hansen asks the other fishermen to commit an act so foreign to them it took a global pandemic to consider: He asks them to work cooperatively! Hansen's suggestion of all-for-one and one-for-all camaraderie is unnatural for men who pride themselves on rugged individualism. 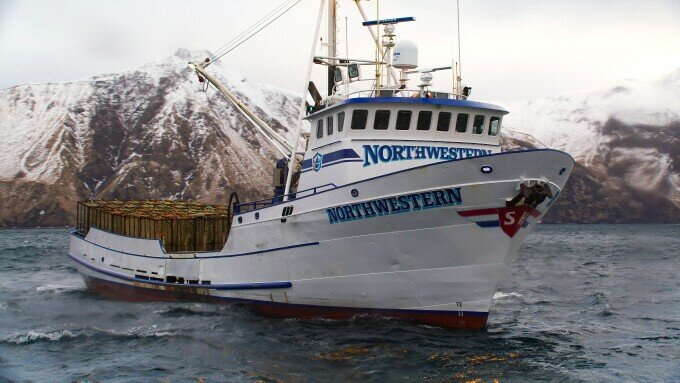 Yet Hansen asks, and the other captains agree. Hansen locates a trove of giant king crabs. He, his daughter, Mandy, and the rest of the crew make short work of scooping up cages full. While the others catch a few crabs -- nowhere near the heft or amount of Hansen's haul -- the captains notice Hansen is nowhere to be seen. They radio for him. Oddly, Hansen doesn't respond immediately. Asked about this, Hansen mentioned that pesky ailment of "selective hearing."

He couldn't help but chortle at his own assessment, and when he did, decades of cigarettes and booze echoed in that laugh. At 55, Hansen has packed those years and refers a few times to his age, to being a grandfather, to acknowledging mortality in the time of COVID. Rather than on a ship bucking in roiling waters, seeing him on land is, admittedly, odd. But here he is in his Seattle home with a black leather recliner in the background. Hansen has been working as a fisherman since he was a kid.

"I'm honored to be able to say I got to see the latter part of the '70s," at sea, he said. Along the way, he forged deep friendships with other fishermen and captains. "The true bonds, the relationships, are really there. Phil (Harris) and I were very close. Keith (Colburn) and I are closer than most people would imagine."

Sure, there's genuine competition among these men, and that's what viewers react to -- it is a genuine. This is not a scripted reality show; it's very much their reality and that has intrigued viewers all these years. Hansen considers why landlubbers, who only come close to crabwhen it's boiled and served with melted butter, love this series.

"I was flabbergasted someone had heard of the industry and wanted to do it," he said of the show's beginnings. "I knew it would be a one-hit-wonder; that's what I figured. This should be a documentary. I never expected the Hansen brothers on the show. We were the shyest people out there, and we got to do a show."

Hansen recollects cash was tight. So, en route to his audition he bought a bottle of Thunderbird. (Since rebranded, it was once the hooch you bought if broke and determined to get drunk.) "With the alcohol came courage," Hansen acknowledged. "The next thing you know, they hired me and my brothers. We were the last ones to be interviewed for Deadliest Catch. We were the last people, so I agreed to meet in a bar at the waterfront. I thought it was just for an interview. We had lubricated ourselves, and by the time they talked to us and pulled out a camera, we were half in the bag, just being ourselves."

The series launched in 2005 and has spawned 11 related specials and shows. Since, Hansen provided the voice for Crabby in Cars 2. He's also been a guest on many shows, including The Apprentice. Of former President Donald J. Trump, Hansen said, "What you see is what you get. He was the same guy that he was running the show. The Apprentice was really hard -- raising money."

Did they stay in touch?

"If you're going to go into something like that," he said of the presidency, "you don't need a fisherman chirping in your ear."

The notion of doing more television appeals to Hansen. That mettle we see on the series is the real deal; this is a man who's known hard times and vanquished. Among the reasons he's eminently watchable is that he greets life with a sense of humor. Hansen has figured out ways to fish better and smarter, including, he cites, devising bait bags, which are now standard.

Hansen grew animated discussing inventions and reached into a closet behind him to extract a black-and-white composition notebook from when he was a kid. He hadn't shown this to anyone, he said, and had a blast flipping through it and mentioning his ideas for electric toothbrushes, window alarms and GPS modules to put on ice.

That raspy cough-laugh escaped once again. "I have not looked at this in a long time," he said. "A lot of this stuff came to fruition."

Notebook in hand, Hansen recognized that he's an entrepreneur, one who has made his opportunities and jumped on others that came his way.

"To be a captain, you have to be an entrepreneur," Hansen concluded. "You have to have that spirit."

Deadliest Catch will be telecast on Tuesday, April 20 at 8 p.m. on Discovery Channel. It currently streams on discovery+.