Capturing Your Consumers in the First 5 Seconds 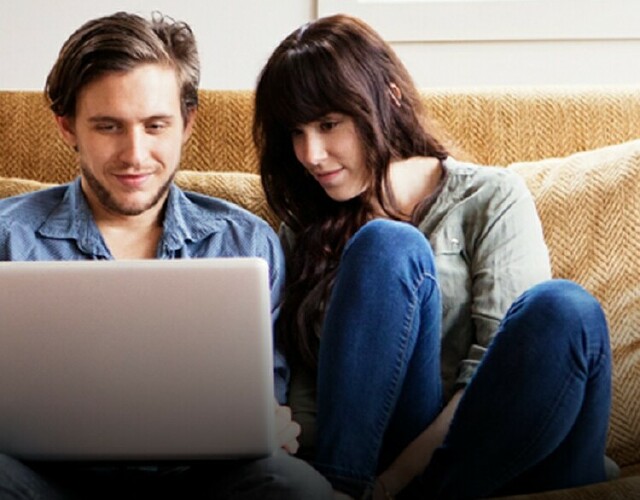 This week, we are celebrating the endless creativity of the advertising and marketing worlds at Cannes International Festival of Creativity. We’re really excited to recognize and revisit this year’s slew of brilliant campaigns on Cannes’ international stage. There are so many great contenders -- the ads that moved people to tears, others that made them laugh and of course those that inspired them to take action.

For some of these campaigns, YouTube served as the cornerstone of their media and content marketing plans. Always’ #likeagirl campaign and The Ad Council’s “Love Has No Labels”campaign are a few of the examples of great campaigns that harnessed the power of YouTube to reach millions of viewers. We’re waiting with great anticipation to see who will bring home the gold!

These campaigns not only drove great organic success on YouTube, but also reached millions of consumers via TrueView ads. By now the industry knows TrueView very well. What I like about YouTube TrueView is that it is a great way to get your content in front of consumers by giving them the choice to watch or skip. But the introduction of the “skip” button after five seconds means advertisers now have to create engaging stories that not only grab a consumer’s attention, but sustain it.

We wanted to see what creative elements made ads work best and to do this we looked into thousands of TrueView ads across 16 countries and 11 verticals, categorizing them according to 170 creative attributes* including brand mentions and featured celebrities. We also used aggregated analytics from AdWords to see how long people watched without hitting the skip button. To measurebrand awareness and ad recall we took advantage of Google’s Brand Lift (video below).

We didn’t unearth a holy grail for making ads that consumers choose to sit through, but we did discover that certain creative choices affected how long viewers watched or how well they remembered ads on YouTube. It turns out that there is a certain science to the art of engaging video advertising. Below I’ll share some of what we learned.

Brand marketers and creatives tend to butt heads around logo placement in video ads, and with good reason. Marketers want their logos to appear early on, while creatives recognize that logos can be offputting to consumers. So what did our research tell us?

When ads on YouTube included the brand early on -- through a logo or an audible brand mention -- there was an inverse relationship between recall and engagement. While ads with overt branding within the first five seconds had higher ad recall and brand awareness lift, people were also more likely to skip them.

No matter what your goals are as a brand, our research suggests that if you are going to show your logo in the first five seconds, you should make sure it’s tied to your product and doesn’t appear elsewhere on screen. Our study showed that viewers are less likely to watch and remember brands and ads when they featured floating brand logos that weren’t actually onproducts. So, whether your goal is viewership, brand awareness, ad recall or all of the above, try to show your logo on a product.

Tone is also a major factor, according to our research. When you think of the most recent ad you saw and loved, did it make you laugh? Maybe it made your eyes well up? Setting the tone within the first five seconds is guaranteed to grab your audience’s attention.

For our study, we organized ads into ten categories of style and tone, including “humorous,” “emotional” and “calming.” Humor won across the board. Unsurprisingly, people are more likely to watch funny ads, and those kinds of ads also see greater lifts in ad recall and brand awareness.

Businesses that don't necessarily lend themselves easily to humor can still have a little fun. Take Geico’s recent “Unskippable” ad series or the “Dumb Ways to Die” video (below) by Metro Trains Melbourne. Insurance and train safety aren’t inherently hilarious, but these brands still found a way to inject some humor into their spots.

YouTube creators like Hannah Hart (below) exude authenticity by building fandoms based on who they really are. Hannah, specifically, lives by a mantra -- “reckless optimism” -- and her approach to content really works.

As you can see, there’s no perfect formula for an attention-grabbing ad. And to be frank, quite a few of the creative choices we tested came back with mixed results. However, we did identify some musical styles that were more effective within the first five seconds than others.

But when it came to brand awareness, we found that featuring any music in the first five seconds may actually have a negative impact. Ads like Kmart’s “Ship My Pants” (video below) and Nike’s “Winner Stays” were onto something when they muted music in those initial moments. Perhaps people are intrigued by the change of pace in ads without music or they don’t immediately recognize videos without music as ads.

Mixed results invite further investigation, but we know now that music (or no music) matters, so don’t rely on your default. Try testing ads with and without music and use analytics and Brand Lift to see what works for your brand.

In an effort to balance the magic and the math -- the art and the science -- we're using equal parts data and creativity to understand video advertising. What I’ve written about today is the science portion. At Google we’re using data to understand what’s working well for ad creatives. So what's the magic, you ask? Check out the video ad experiments Art, Copy & Code is running with Unskippable Labs. They're working alongside creative agencies and brands to figure out what types of stories work best in the modern, mobile age.

*All ads used had at least 10,000 impressions between Jan 2012 and Feb 2014. 10% of ads were coded by two people to ensure consistency, and attributes with less than 90% agreement discarded.