CARPE DIEM: Advertising and the Media 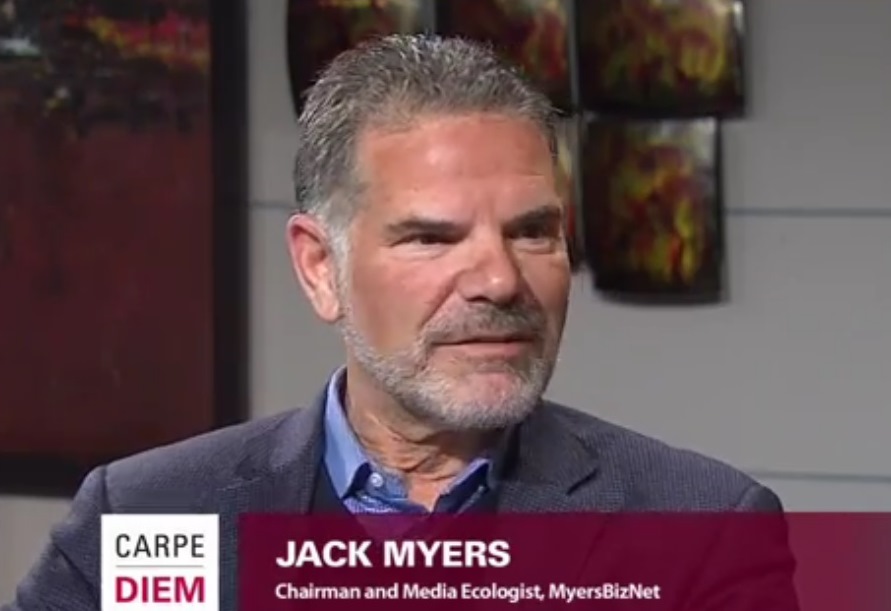 On this episode of Carpe Diem, host Merrill Brown, director of the School of Communication and Media at Montclair State University is joined by award-winning documentary film producer, author, and MyersBizNet’s Chairman and Media Ecologist, Jack Myers, to talk about how dramatically the nature of advertising is changing and his forthcoming book , The Future of Men: Masculinity in the Twenty-First Century.

Jack, a leading consultant and demography expert, on ad trends, has been a media business visionary for over three decades. He describes himself on one of his sites “ a media executive, father, grandfather, and ex-husband.” His varied career includes sales and management positions at CBS, ABC and Metromedia, Chairman of the Board of International Radio and Television Society, and as a member of the Board of Syracuse University’s Newhouse School of Communications. In addition he has served on the Advisory Board for the Steinhardt School of Culture, Education and Human Development at New York University. His last book, Hooked Up: A New Generation’s Surprising Take on Sex, Politics and Saving the World, won the International Book Award for Youth Issues.

This episode was produced and hosted by the director of the School of Communication and Media, Merrill Brown and directed by TVDM major, Sarah Modo.