Cassidy Gifford on Her Starring Role in Hallmark's "Like Cats & Dogs" 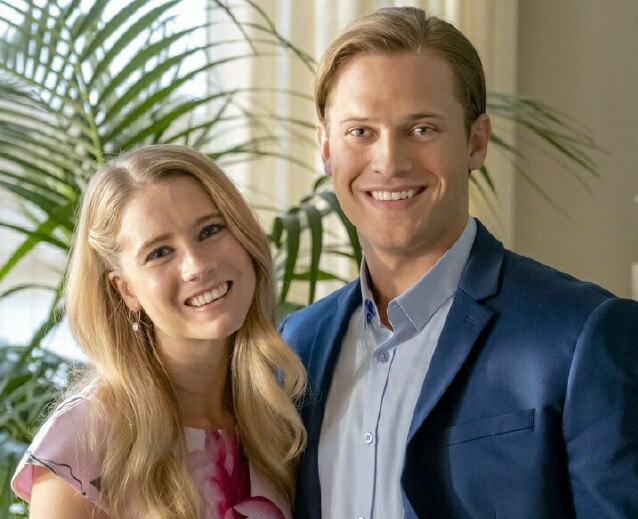 As she embarks on an acting career Cassidy Gifford doesn't just have mom Kathie Lee in her corner; most of America is cheering for her, too.  While Cassidy -- who makes her debut as a leading lady Saturday night in the Hallmark Channel movie Like Cats & Dogs-- didn’t actually grow up on our TV screens, she might as well have, thanks to the stories her mother constantly shared while hosting ABC’s syndicated morning talk show Live with Regis & Kathie Lee. When I spoke to the now 23-year-old recently she was actually happy to hear me say, “I feel like I already know you through your mom.” (Editor's note: Kathie Lee recently spoke with MediaVillage.com about her own Hallmark project.)

“Well, the woman can talk,” Cassidy laughed at my admission. “I get that quite a bit, actually, and I really think that it’s sweet and endearing.”

“A lot of people might be annoyed or whatever, but I’m really grateful,” she continued. “I’m just so blessed to have had the parents that I had, and still do with my mom. There is a fine line where it’s like, ‘Mom, come on, let me figure it out.’ But at the end of the day she’s a mom and she wants to talk about her kids. It just happens that she’s doing it on TV, but I think we’ve figured out a happy medium.”

In the film Cassidy plays Laura, a free-spirited dog lover vacationing at a beach town (with her canine sidekick Frank). Thanks to a reservation mix-up, Laura finds herself forced to share her rented house with cat-loving Spencer (and his feline companion Mozart, pictured below with Frank). While the couple couldn’t be more opposite, both personally and pet wise, they soon find themselves bonding in the most unlikely of circumstances. 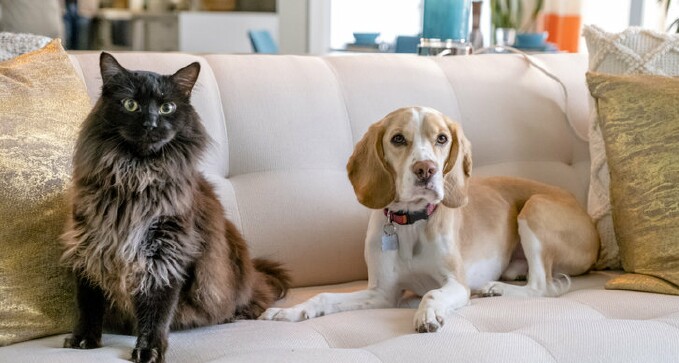 Cassidy found Laura’s situation very relatable. “While I haven’t been forced to share a place personally, I do live with my brother Cody as my roommate,” she revealed. “He’s very much like the Spencer character, regimented and work oriented, and very, very specific while I’m a little more easy-going. So we kind of have the similar clashing personalities as in the movie, but I think that’s what makes it work.”

Following a successful meeting with network executives, and given her family oriented background, Cassidy knew a Hallmark project would be the perfect vehicle in which to make her leading debut. “The meeting was so much fun,” she said. “I’d seen Hallmark Channel and knew that they were the heart of TV. That’s something I always appreciated about it because there’s such a lack of heart in so much of it today.

“In January I received this script and it was so sweet and fun,” she continued. “Also, I’m such a dog person.  I grew up with dogs my entire life, and this had so much heart and a lot of room for improvisation. My co-star Wyatt Nash (pictured at top and below with Cassidy) and I hit it off on that first day. We had a nice rapport going and figured we could play off one another and the next thing we had a really sweet little project on our hands.” 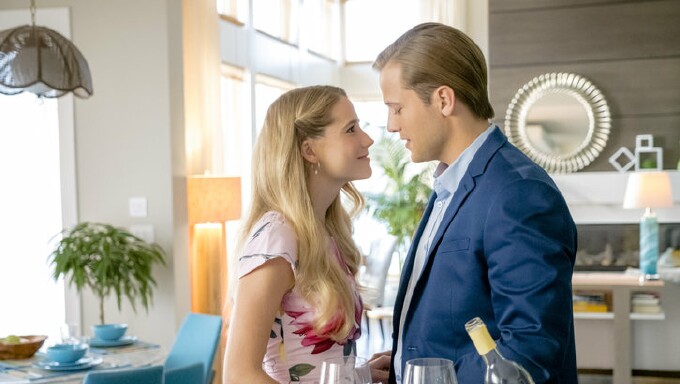 One thing Cassidy found enticing about the project was the role reversal of dog and cat owner. “I was pleased about that,” she said. “I was the dog person while Wyatt was the cat person. Usually the guy has the dog and the girl has the cat; so I thought that was cool and different and it did give us a lot of room to play.”

Thankfully for the cast and crew in Vancouver the harmonious on-set atmosphere wasn’t disrupted by any feuding between their canine and feline co-stars. “They just really didn’t care about each other and it was sort of like, whatever,” Cassidy recalled. “They’d arrive to the set together as they worked with the same trainer.  They spent a lot of time together, but the second they were separated they didn’t want to be around each other.”

The same can’t be said about the human cast. “The second I left the production I missed it,” she said. “I was like, ‘Can we go back now?’”

Like Cats & Dogsis also a part of Hallmark Channel’s global initiative to end pet homelessness and raise adoption awareness, a through line of much of its April programming and something very close to Cassidy’s heart.

“We’ve all seen those heartbreaking commercials with those little faces in kennels and how horribly they are treated so often,” she told me. “It’s so important for people to realize that you can save a little puppy, kitty or so many different animals. There are so many things going on in the country right now, while we’re in this disaster-filled state, and all it takes is one good person to love them. It’s like that with anything in life.”

For Cassidy, Like Cats & Dogs was a learning experience filled with joy. She successfully broke that old Hollywood rule of working with animals; overcame the pressure of commanding a leading role, and got to consume a lot of pizza and junk food while in character. She also made her mom proud -- and that means the world to her.

“It’s a great feeling that my mom is proud of me,” she said. “She’s a mom. She’s excited. Sometimes a little too excited. I do get nervous at times because she doesn’t have too much of a filter, but that’s the great thing about her -- she’s really honest. The fact that she is so excited for me is really wonderful.”

With mom Kathie Lee also working with the network, Cassidy couldn’t help but laugh when I quizzed her about them possibly taking it over. “We’ll see,” she joked. “Hallmark is awesome and I’m just grateful to have had this experience, so I’ll do anything for them.  Anything, in any capacity!”

Like Cats & Dogspremieres Saturday, April 15 at 9 p.m. on Hallmark Channel.