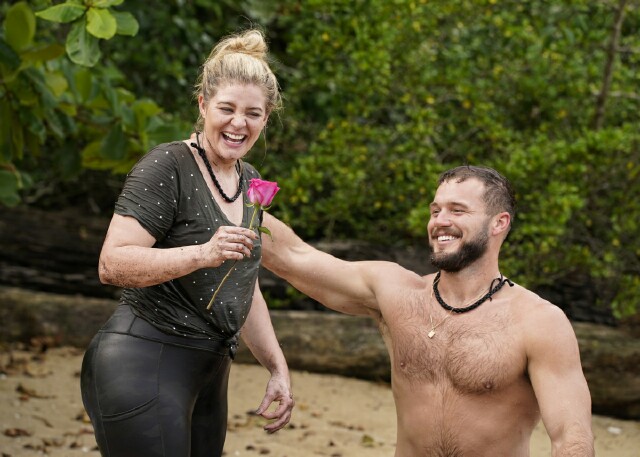 What would possess nine celebrities to forgo all modern conveniences and spend time deep in the jungles of Panama? Charity, and that's exactly what the participants of CBS' new survival series Beyond the Edge did in the name of a variety of noble causes. The cast, which includes NFL stars Ray Lewis and Mike Singletary, NBA's Metta World Peace, supermodel Paulina Porizkova, actor Jodie Sweetin and country stars Lauren Alaina and Craig Morgan, along with TV personalities Colton Underwood (The Bachelor) and Eboni K. Williams (Real Housewives of New York), gathered recently via Zoom to reflect on the experience, including the difficult physical challenges they competed in (as teams) and everyday challenges they endured being in the jungle -- all pushing them to their limits. (Alaina and Underwood are pictured above.)

"I will say it was the hardest thing, I think, probably most of us have done in our lives," Sweetin asserted. "Save for Craig, who has done some of this before. It was the hardest physical thing I've ever done, and watching it … You don't understand how awful that bog was and how it just sucked you into it. You'd hurt yourself trying to escape it, so it doesn't give you the complete picture. As fun as it is to watch, it was pretty miserable to do."

"I totally agree," concurred Porizkova, "It seemed like all of my friends that watched it went, 'Okay, so, it looks kind of hard, but it also looks fun.' You're, like, 'You know when you feel like you are being sucked down by quicksand? It's not exactly as fun as they made it look on TV.'" 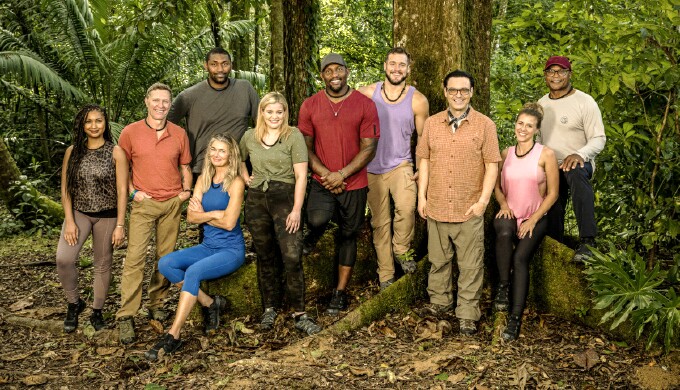 "In all sincerity, it was easily the hardest thing I've ever done physically and, in some ways, emotionally," offered Williams. "It really required such stretch. We are all high achievers, overachievers and blessed with tremendous success in most aspects of our lives. So, for me, I was on the struggle bus. I truly, deeply struggled in this experience."

"I can echo what everybody said," added Underwood. "But while we are all individuals there, there was a weird comfort I had, sleeping in the jungle and knowing that there were eight other people who, sort of, had my back. If a monkey [came] in, they would step up. We leaned on each other, not only to survive, but through the competition aspect of it, the emotional part of it, and just getting what we needed out of not only the show but the experience of coming together and working together. That's what made this experience so special and worth all the jungle trauma."

While his experience wasn't a walk in the woods, Singletary's take on the adventure was different. "The experience was just outstanding," he declared. "I'm so proud of all of the ladies that participated. I was blown away by their strength and stamina. That was really cool for me to see. Yes, it was probably the most difficult thing that I've done simply because of the unknown. But to be able to go through this, totally out of my element, constantly waking up at night and seeing things I've never seen before in my life, hearing things, and wondering how close they were to my neck, and then, of course, the rain! All of those elements threw me off early, [but] after a while I got into the groove -- but I never got comfortable!" 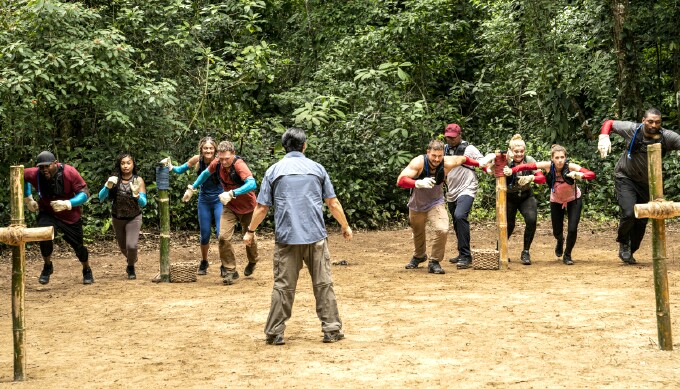 Despite the challenges the Panama jungle presented, a few participants actually did get comfortable and would entertain the idea of returning. "I weirdly miss it," Sweetin said of the experience. "I'd actually, maybe, want to do it again. But I think it's because I miss the incredible group of people that I was with."

Alaina feels the same way. "We all had the same goal for different charities, so, we really rallied each other," she said. "It was life-changing, and I'd do it again in a heartbeat! Eboni, I hate to break it to you, but if I go, you are going, too!" she added with a laugh.

"You're on your own," retorted Williams. "I am not going back to the jungles of Panama. I am too comforted by my warm bed, three meals a day, knowing which water I'm going to be able to drink. But the reward for me was going through that struggle with these incredible people in the name of my charity."

"I learned something about fear," Singletary admitted. "I've interacted, been around fear, been in fear, but not being able to see your hand at night and you've got to get up and go to the bathroom … By the time I left that jungle, I felt it belonged to me, and I was no longer, really, afraid. It was like, 'This is my jungle now.' That was something I really wanted to achieve when I got there and being able to leave with that was very empowering."

One participant who won't be reliving the experience anytime soon is Meta World Peace, who after two days of the adventure made the difficult decision to ring the bell of safety at the end of episode two (after raising $8K for mental health awareness). "I think it was the hardest thing I've ever done," he said. "[Still], it's probably one of the most entertaining and fun things I've done outside of playing professional sports. But it was super challenging."

Beyond the Edge is telecast Wednesdays at 9 p.m. on CBS.