Catch the Next Wave of TV at the Festivals

By Simon Applebaum September 07, 2016 Tomorrow Will Be Televised Archives 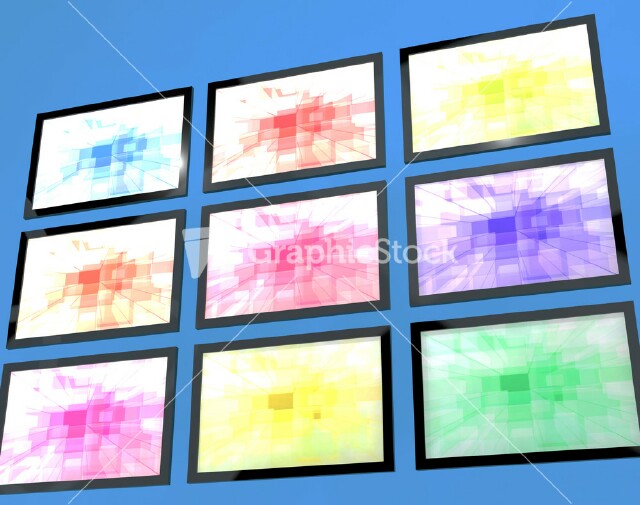 Aspiring television creators enter this fall season with more ways than ever to be noticed.  They can compete for time periods on broadcast TV, cable TV, multicast TV services, Netflix, Amazon and a growing number of competitors from Hulu to Fullscreen. They can crowdfund or equity crowdfund their creations, then use the audience they've amassed in the process to self-distribute their work. Or they can convert their work into applications, fed directly to the public via smart TV sets and TV attachments from Roku to Apple TV and Shield.

One more way to go, and one catching on over the last few years, is the television festival. These are public events, from a day to a week long, where creators can display pilots of their proposed series, or get on stage and pitch their concepts, before the general public and network/production company executives who may be on hand. At minimum, participants get valuable exposure and audience feedback. At maximum, the pilots or pitches lead to talent development deals, awards recognition, and if the fates are working just right, launches for pilots or concepts on the road to series premieres somewhere.

Such a course has been around for decades in the movie arena. Think long-running film fests in New York, Sundance, Cannes, Los Angeles, Toronto and Telluride, where many an independently made flick enjoyed its first big showcase, followed by a big pickup for a theatrical release. More than a few Academy Award-winning films, including Spotlight, Birdman and 12 Years a Slave, were launched from one of these places and others.

It's taken a while for a similar group of events to form and have an impact. The New York Television Festival, executive directed from the start by former Comedy Central executive Terence Gray, started 12 years ago, and from the beginning has offered independent producers outside of the established TV business the opportunity to land inside by making pilots.

Thanks in part to growing participation by networks and production outlets, NYTVF's impact is accelerating. Animals, the 2013 best comedy winner where animated pigeons, rats and other urban non-humans ranted on life, drew the attention of the Duplass brothers, who invited the creators to go ahead and make 10 episodes without knowing where they would end up. In a rare TV display, Sundance screened several of those episodes in public early 2015. HBO saw the episodes, met with the creators and agreed to play Animals for two years, asking for 10 more episodes on top of the 10 produced. The series launched this winter at 11 p.m. Fridays to mixed but promising reviews, and will be back for season two early 2017.

Other NYTVF-producing alumni now have major roles with either individual shows or networks. Two of them co-created No Tomorrow, a dramedy launching on The CW October 4. Several writer-producers worked on The Jamz, a four-episode comedy about employees from a Chicago radio station carried by Netflix this spring. The Jamz also launched NYTVF Productions, which will develop both scripted and unscripted series with fest winners.

Besides the NYTVF, the TV festival landscape includes SeriesFest in Denver; the Atlanta Television Festival; ATX in Austin, Texas, and ITVF in Dover, Vermont.

SeriesFest, just getting into its second year, is already extending its reach beyond Denver. Festival organizers assisted in the production of the North Fork TV Festival, the newest stop on this circuit, last month on Long Island. North Fork opened with a one-day event, and plans to go multi-day next year. SeriesFest also has a partnership with crowdfunding agency Seed & Spark's New Voice Crowdfunding Rally, an effort to crowdfund as many new series as possible nationwide. The Rally entry with the best result in both funds and audience appeal will be screened at SeriesFest 2017 and win a production company deal.

With so many TV fests around, individual pilots that start in one location are now making the rounds elsewhere.  The Riftworld Chronicles, a Canadian-produced pilot well-received at NYTVF last fall, went on to SeriesFest 2016 (winning a top award there) and will show up at ITVF. More than one SeriesFest 2016 entry will come to NYTVF and/or ITVF next month.

As these TV fests pick up steam via more pilot-to-series developments, film festivals around the country are loosening up their formats to catch this wave.  IFP Film Week, a major showcase for the Independent Filmmaker Project, will introduce a TV agenda next weekend here in New York. Organizers will stage an outdoor TV and Web pilot screening at Brooklyn Bridge Park, and several panel sessions will be devoted to TV development. At one panel, former Charmed co-star Rose McGowan will introduce Producing Women, a project to organize pilots created by women and women of color.

The Tribeca Film Festival, which has done several TV-focused events over the years, will make 2017 the launch pad for a large-scale annual TV panel track and pilot/pitch affair. Other film festivals have similar plans in mind. A few specialized events, such as the American Black Film Festival and Urbanworld which have dabbled in TV (ABFF has the annual made-for-TV movie writing contest with TV One) also are considering expanded coverage.

The more fests out there, the more opportunities there are for people with the desire to make quality TV, and the greater the opportunity for a wider diversity of talent realizing their desires. That's a direction worth supporting whatever way you can.

A Note from the Passing Parade

For years, TV pundits have declared the era of interactive TV would be at hand when we get the ability anywhere to order a pizza or the sweater Jennifer Aniston is wearing via the TV set. That era -- the pizza side, anyway -- has arrived. In perhaps the most underreported development of last week, top national pizza chain Papa John's introduced an ordering-via-TV app on Apple TV. If you have Apple TV, you can now order slices, whole pies and other food using this app from anywhere in the USA.  This is the first such undertaking on this scale from a national pizza, fast-food or restaurant chain. Where was the coverage of this? Where were the pundits that have been awaiting this for decades? Nowhere. Let's see what happens when another company follows Papa John's lead, or PJ’s expands its interactive reach beyond Apple TV.