Catherine Bell of “Good Witch” on the Mother-Daughter Connection 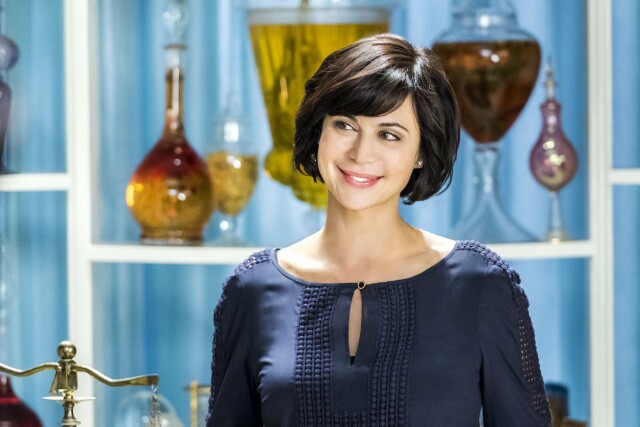 When it comes to celebrating Mother’s Day this coming Sunday, Catherine Bell will be doing it the most appropriate way possible -- staying at home with her kids watching a special Mother’s Day-themed episode of her Hallmark Channel series Good Witch.  “It’s always fun watching the show with my kids,” Bell said when I recently spoke with her.  “It’s kinda cute actually, because they always ask when it’s going to be on.  My six-year-old son Ronan gets a little confused, thinking I really know how to do the things I do on the show and asking if I’m really a witch like [my character] Cassie.  I tell him ‘Yes, I see things, so you better be good!’  That’s not very Cassie is it? He knows I’m joking but every once in a while he’ll look at me like, really?”

For Bell (pictured at top), deciding to spend the summer hiatus of Army Wives(the Lifetime series she was starring in at the time) filming the first Good Witch movie was, in a word, fortuitous.  Following its 2008 premiere, Good Witch proved a ratings winner for Hallmark Channel and spawned six highly successful sequels.  So when the network took the franchise to series, which is currently in its third season, Bell was thrilled.

“It’s really nice having it as a series,” she admits.  “It was great when it was once a year; literally every time I had a break from Army Wives, which was a lot darker and serious with a lot of tears, I would get to do a Good Witch movie.  It’s wild when you think almost ten years have passed since that first movie and it has certainly evolved.  We did this one little movie, another the next year and it kept growing and growing.  My character ended up staying in the little town of Middleton, got married, had a baby -- and now the baby has grown up into Bailee Madison.

“It’s been a really fun adventure,” she continued.  “Turning [the show] into a series, we kind of thought it’s different from watching a show once a year.  Watching it every week you have to make sure the audience stays interested.  I thought, ‘Let’s not make Cassie so perfect; let’s have some things that throw her.’  What could do that more than having a teenage daughter with some witch abilities?  We added a very handsome and single neighbor in James Denton, so there are things to make Cassie not so perfect and not know everything all the time, which can get annoying on a weekly basis.”

Bell wasn’t ready to reveal the details of Sunday’s episode.  “I’m not going to divulge everything because I’d have to kill you if I did,” she laughed.  But she was delighted to gush about Bailee (pictured below right with Bell). 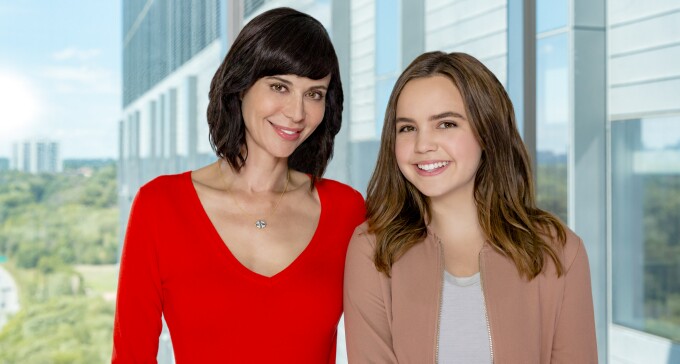 “I have a few favorite things about the show, and one of them is Bailee Madison,” she said.  “She’s a love and I adore her.  She’s so sweet and talented and reminds me so much of my daughter [Gemma] who’s 14.  So our mother-daughter scenes are so real, and we really have such a great bond. The episode on Sunday explores a lot of that, the mother-daughter adventures that us little witches have.”

In fact, Bell recently elevated her off-screen relationship with 17-year-old Madison, stepping in to act as her "real-life" mom.  “[Bailee’s] mom had never really left her before and has traveled and spent time with her on set since she was little,” Bell explained.  “But she had to deal with some personal things [and leave Toronto where we film] so I offered to look after Bailee.  They thought I was kidding, but I was like, ‘No, she really is like my daughter and I’m away from home missing my kids,’ so we ended up hanging out and it was amazing.

“We were like girlfriends, with a little bit of mother-daughter, but not too much,” she added.  “It was so much fun seeing her at home face-timing with her boyfriend, just so cute and lovely and I just wanted to pinch her cheeks all the time.  She’s the sweetest girl and so polite and lovely.  We had a lot of fun and even stopped at Wendy’s and got some junk food.  That’s something I never do!  We stayed up late and it was great!”

With the third season of Good Witch wrapped and two upcoming Hallmark Movies (Love Finds Its Way for Hallmark Channel and Christmas in the Air for Hallmark Movies & Mysteries), the busy actress is thrilled to be home in Los Angeles doing the unthinkable -- taking a break!

“This could be the first time in my career that I have,” she shared.  “I talked to my agent yesterday who suggested finding me something before I go back to Good Witch.  I said, ‘You know, I think I just want to be home for a few months.’ He looked at me and said, ‘Wow, I don’t think I’ve ever heard you say those words.’  I love working but have been away so much in Toronto, so it is nice to be home and to spend time with my kids. I’m enjoying it.”

Good Witch is telecast Sundays at 9 p.m. on Hallmark Channel.