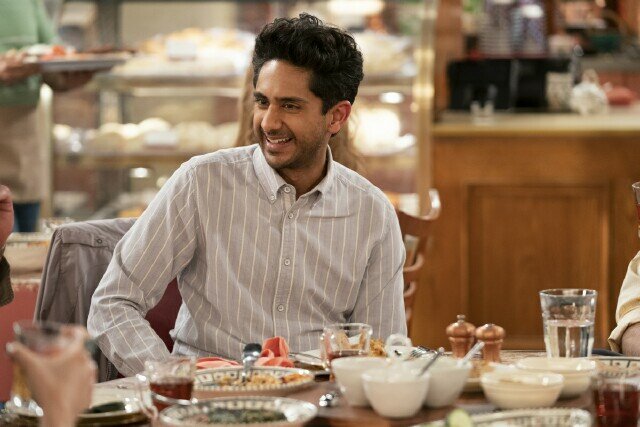 Editor's note: First published here in mid-May, the following interview with Adhir Kalyan, who plays an Afghan interpreter in the CBS sitcom United States of Al, seems even more relevant in light of current events ... as do the comments from Army veteran James Miervaldis, who served in Afghanistan and Iraq and is the spokesman for NoOneLeft.org.

The criticism came fast and furious. How dare an American sitcom cast an actor who is not an Afghan to play one? Much of this criticism, incidentally, came before anyone actually watched CBS'United States of Al. The fulcrum of this fury, Adhir Kalyan (pictured at top), a South African of Indian descent, calmly addresses the reaction to his role in the Chuck Lorre sitcom. Like Mom, another Lorre comedy on CBS that just ended its eight-year run, Al tackles complex, painful subjects but does so with great humor and humanity.

For those who have not yet tuned in, this Thursday evening show has a familiar trope: a fish out of water adjusting to a new life. Its undercurrent, however, prompts viewers to think -- not just smile. This honors the sacrifices of American veterans and reminds us that when soldiers return home, it's often complicated to resume their old lives. The other group of people United States of Al shines a light on are the Afghan interpreters. They helped Americans, and as this country withdraws forces, the Afghans who served with Americans are left exposed and endangered. 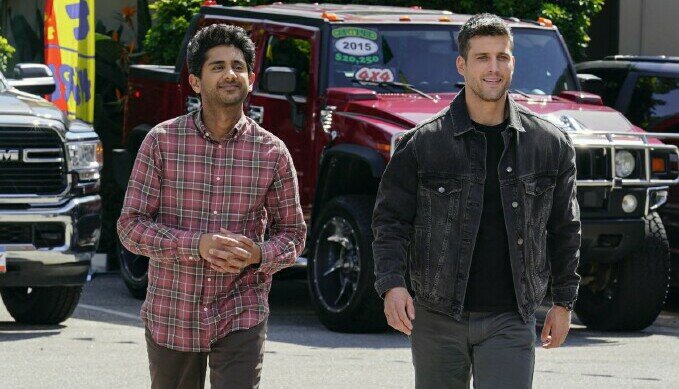 Kalyan's character, Al, was an interpreter for a Marine in Afghanistan. That Marine, Riley (Parker Young, above right), is back home in Ohio, struggling to reacclimate to civilian life. He's lucky; his dad, Art, also a vet and played by the always reliable Dean Norris, has welcomed Riley home, offered him a job, and extends the same to Al.

"He is of great integrity," Kalyan said when describing his character to MediaVillage. "Out of respect for his own family and those he comes into contact with, he endeavors to do the right thing even if that means ruffling some feathers along the way."

At Al's core is a man who was in a desperate situation because of fealty to the United States. He helped the Marines, working as a translator, and by doing so, put himself and his family in grave danger. The show tackles this topic, and in a recent PSA, urged viewers to go to NoOneLeft.org and learn about the non-profit formed eight years ago. It works to secure permanent visas for Afghan men and women who remain in hiding, explained organization spokesman James Miervaldis, an Army vet who served in Afghanistan and Iraq.

"They are the eyes and ears," for our forces, he said about interpreters. "They know the culture. They are the bridges between our culture and the local populace. The Department of Defense has billions of dollars, but it is these personal connections" that help so much.

"A big thing over there is an honor code," Miervaldis continued. "They are incredibly important and always sought by the government. They are targeted because they helped Americans. We get a lot of panicked emails. We get pictures of beheadings of translators who helped Americans. ISIS or the Taliban wants to send a message: 'You picked the wrong side.' It is a very real threat. It is not a joke. This is not a drill."

As serious as the issue is,United States of Al handles issues involving cultural differences with gags. Al is surprised to learn that garbage cans here have wheels and that American children don't abide by their parents with what he perceives as the unquestioning obedience of Afghan children.

Kalyan did not take it personally when he took heat online.

"I have always felt it is most important to listen first and to listen to what people are really saying," said the new dad. "And to me, what I heard loudest was people being scared about being misrepresented, about being portrayed in a stereotypical way about this character -- simply being a bobblehead sort where the character being Afghan was the joke. When you sift through the noise, people are just hurting and don't want to be hurt further. I understand that. One of the reasons I left South Africa and went abroad was because I did not want my entire career to be playing South African Indian characters. I always try to imbue the character with the most authenticity and approach it with empathy and respect.

"Not since I left South Africa have I played a South African Indian character," he continued. "All have been of neighboring ethnic backgrounds, and because of that, this was not new to me. Often times, I am left to my own devices to navigate the character. With this, I have four Afghans in the writers' room who were able to help me shape the voice of the character, what the characters sound like, and the framework -- and to get a better understanding of who this character was."

Kalyan was speaking a few days before the show was renewed for a sophomore season. For him, this sitcom is far more profound than wearing a hip-in-1974 maroon blazer and vest while singing "It's Not Unusual," a funny bit he performed in a recent episode. He appreciates what the show aims to accomplish.

"This show means so much to everyone involved in it," Kalyan explained. "Not just the vets on staff and military consultants. This really does feel like a dream job all the way through to the crew. You would not think it about a multi-cam [sitcom], but every single detail it has created has this very special feeling on set. If we were not to come back, it would be a very difficult because of the real sense of kinship we have on set. As an actor, your hope is always to be part of something that challenges you and glean great joy from that. It inspires you to be better and also leaves the audience not only entertained but with something to think about, and for all of us, this embodies every single one of these things."

United States of Al is telecast Thursdays at 8:30 p.m. on CBS.