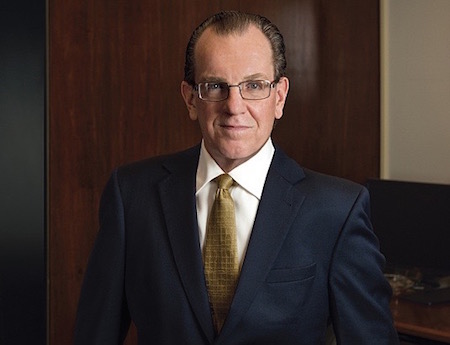 David Poltrack, President of CBS Vision and Chief Research Officer of CBS Corporation, is the visionary who created the Campaign Performance Audit (CPA), an initiative on measuring return on ad spend.  As Poltrack (pictured above) shared with MediaVillage.com last year, CPA was first presented at the 2014 ARF and focuses on five components: 1) test your message, 2) maximize your weekly reach, 3) get the most out of recency, 4) precisely target your potential customers and 5) consider context. After three years in the field, Poltrack and his team have completed the fifth component, helping to understand creative in context. I met up with Poltrack at this month's 2017 ARF to get an update about the initiative's progress.

Three key takeaways from my conversation with him include:

Charlene Weisler:  What is Return on Ad Spend?

David Poltrack:  It is the actual lift you get from advertising. It is all about attribution. One of the biggest challenges we all face today, with all the different elements going into what does or doesn't make a successful consumer product, is that we have to figure out what is contributing what and what are the synergistic effects. That is what makes it really complex. A digital campaign may be more effective if people have been pre-conditioned by a television ad first. So I don't want to cut the television advertising to find that campaign. I want to be able to understand how much that television campaign is pre-conditioning the digital campaign and vice versa.

Weisler:  Tell me about the recent updates on your CPA study.

Poltrack:  We have been working on the five levels. Now we have updates in all of these levels, the last of which was the impact of context. This was presented at the most recent ARF conference in mid-March. It shows that context does have an impact and different types of programming do create different contextual results. However, it also shows that it is relative to the reach of the campaign and that the creative elements of the ad itself are not a very consequential or significant part of the equation. That being said, this was being done on a general level; looking at the context of a situation comedy vs the context of a drama, the context of a highly rated show, the context of a low-rated show.

The bigger question is, what if you create the context, as opposed to just looking at generic contextual issues? Can you create a contextual aura? I believe that there is great potential there, particularly when you have people seeing ads while watching television and simultaneously having a phone where they could, for example, go into a virtual reality type of follow-up. Example: An auto ad runs on television on a sports show. Then there is the ability to link through the phone to a virtual reality site for people with the virtual reality equipment and experience that ad in a virtual environment. This is very powerful. It is all about how you create that context that enhances your advertising message.

Weisler:  Can you talk about the trends in results that you have seen in your CPA study since it first began? Are there any big takeaways?

Poltrack:  The big functional elements of age/sex/demo surrogates are, once and for all, found to be not the proper tools in directing campaigns. Now, with usage-based targeting and other elements, there are much better ways to select media. Notably, pricing is based on these demographics and so for these advertisers who use audience-based targeting, it creates opportunities to find shows that work better in their plan but are even cheaper than what they have been buying.  It works with the current difference between the reality of targeting age and gender 18-49 and the reality of targeting on actual usage. Advertisers can get significant lifts in the actual return on ad spending by buying on actual usage. Over time as more advertisers buy on actual usage this lift may mitigate so there is an opportunity right now to take advantage of this type of buying.

Weisler:  What do you think it will take to move us away from age and gender proxy measurement to return on ad spend?

Poltrack:  At the rate we are going right now I think it will come very fast. You have to overcome the inertia. You have to bring together the new data analytics workforce with the traditional insights workforce. When the digital insights come together with the analytics, there will be a move towards a new way to transact business.