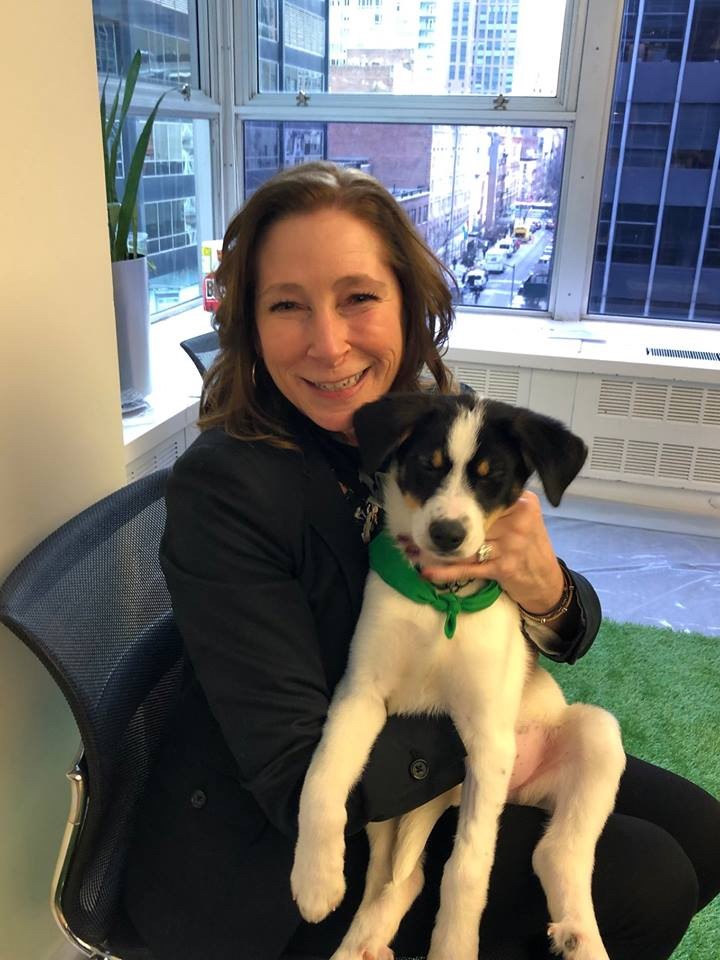 The world is beautifully balanced with the more vocal extroverts and those who make their impact in less vocal ways.  CeCe Barossi is, self-admittedly, more of a quiet storm.  With one of the longer tenures among Active International employees, she has risen through the ranks over 26 years to create, then masterfully fulfill, an essential role as Senior Vice President of Media Relations.  She has also become one of the most vocal champions for diversity and inclusion at the company.

Ironically, when I recently met up with her, she apologized for an uncharacteristic rasp, having lost her voice while cheering on her daughter through a high school basketball state championship win.  But she still managed to share how she found her own voice through both work and life influences and how she's helped to amplify women in the industry and within Active itself.

While even NCAA women's basketball isn't immune from gender inequality (see coach Muffet McGraw's trending video on women in sports) Barossi is buoyed by changes that are taking hold.  Apropos her daughter's recent tourney, the recent co-ed McDonald's All American Game dunk contest was won by a high school girl for only the second time since 2004.  For her part, Barossi knows how to build a team and offer the assist.  "A lot of my time has been spent internally with the younger women and employees that we hire, whether it be to encourage them to stay, encourage them to grow internally or encourage them to follow their dreams in other aspects," she says.  "My advice is always to stay true to yourself.  So, for some women, the path to success is sticking with an area you love.  For others, that might be moving on, but the through line is women supporting women."

Barossi is emblematic of those who have succeeded via tenacity and talent.  She also, frankly, likes the work and the unique nature of the company, which enabled her to explore multiple paths and land on, well, two!  It's best to start by understanding the somewhat complicated but highly successful venture that is Active.  Barossi explains it this way: "We're a privately held financial solutions company.  Basically, we go in and take an underperforming asset from a client, and issue them a trade credit.  That trade credit can be used in our 'store' to offset some of their normal cash expenditures, such as media, which is our largest area of trade credit.  Also travel, premiums, what we call retail marketing -- which includes activation companies, large scale printing, guerrilla marketing, influencer marketing and freight.

"Active was never a routine job where you knew every day what your day was going to be like because you're dealing with so many different aspects of the business," she adds.  "I've always liked sales, but I like being the client, too.  So, even though we're in the media department, we are client service people as well," satisfying her dual interest.

Barossi's evolution began as an assistant -- definitely "not the glamorous stuff of that advertising era with martini lunches!" but definitely when females filled the majority of those roles.  "I moved my way up to buyer, then supervisor.  Then the industry was changing, and more deals were done with the broadcast and cable companies that were first vendors, then were becoming our clients and, in my opinion, the most important relationships that we have."  That sparked the creation of a role called media relations.  "It was really just me at the time, making sure we were doing deals that were smart and benefiting both parties, and servicing them the same way we were serving our general market clients."  Now, her small but mighty group leverages all the buying teams to complete those client goals.

As Barossi grew, so did Active -- and the number of female counterparts in executive roles.  While always championing more, she's seen their ranks grow to 55 females with Vice President, Senior Vice President or Executive Vice President titles.  That, however, is out of the nearly 600 employees across the U.S. and overseas; a percentage the media industry overall is still struggling to change.  Still, strides towards inclusion and diversity are an ongoing effort.  Barossi, who now sits on the board of the IRTS -- which has a robust fellowship program to drive diverse employment and education in the media industry -- has fostered similar outreach and recruiting practices at Active.  But companies based in less diverse areas geographically, like where Barossi sits in Pearl River, New York, can be hard-pressed to attract a mélange of candidates, exacerbated by no public transportation access and younger candidates eager to cut their teeth only in the heart of New York City.  So, Barossi has worked to facilitate diversity in their New York City satellite office, exploring scholarship options and hiring directly from the IRTS program itself.

While she may feel shy on occasion, Barossi has never shied away from a challenge and acknowledges the parallel paths of her own growth and that of her company.  For its recent 35th Anniversary, Active rebranded itself from a "barter company" to a "commercial innovation company."  For her part, Barossi continues to innovate and is confident about her personal brand qualities of problem solving and empathy.  "The interactive nature of our business and the exposure I've had to all sides of the industry has taught me to 'read a room,'" and create strong successful partnerships in business, at home and in her community, she explains.

Slam dunk advice to her younger self ... and those she mentors?  "Control only what you can control."