By Steve Gidlow July 10, 2020 Behind the Scenes in Hollywood Archives 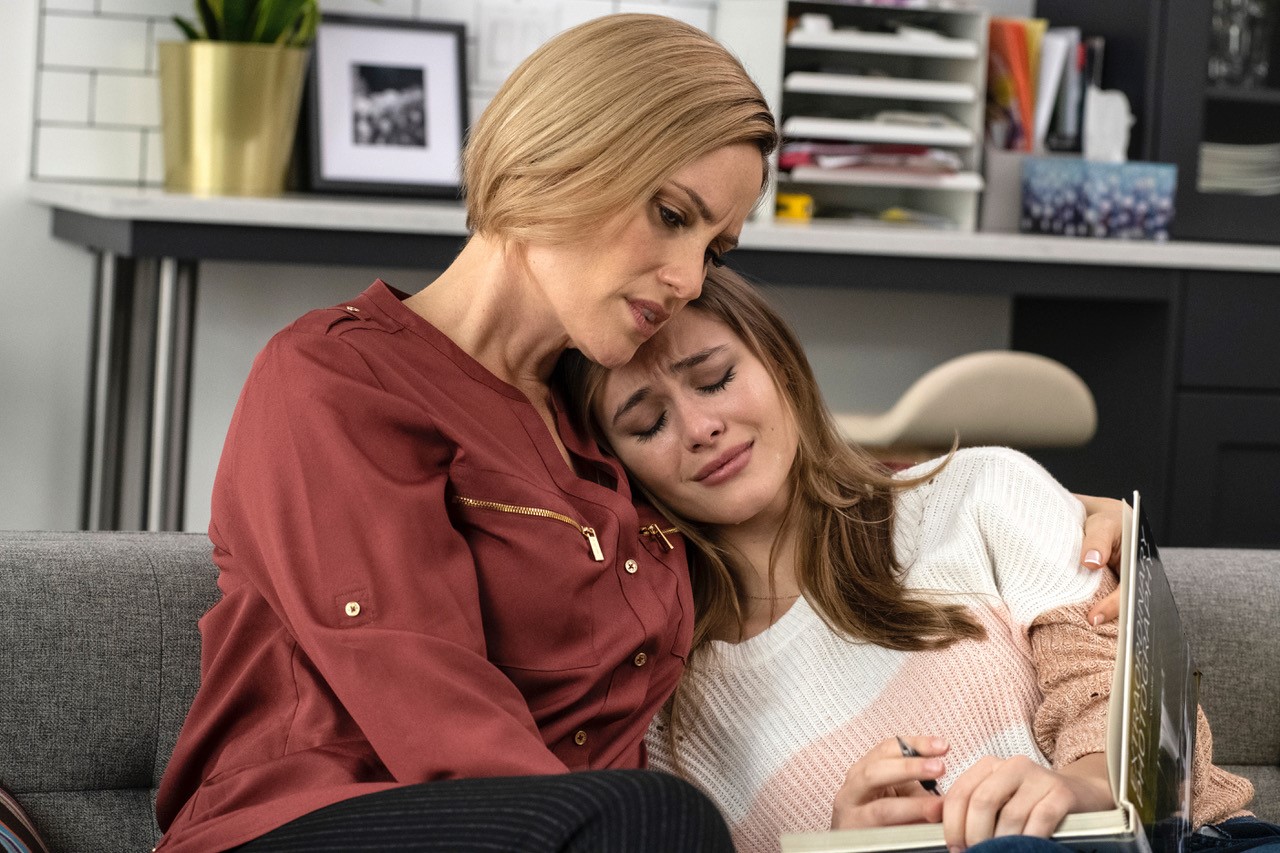 Obsession: Stalked By My Lover is telecast Friday July 10, 8 p.m. followed by Obsession: Escaping My Ex, on Saturday (8 p.m.) and Obsession: Her Final Vengeance, Sunday (8 p.m.) all on Lifetime. For any working actor landing a job is a gift, so when Celeste Desjardins (picturd at top-right) landed the lead in Lifetime's Obsession 'Thrillogy' it was like winning the trifecta. The talented Canadian native, who is no stranger to the network, not only scored herself one meaty role, but two sequels right out of the gate. The first of the three-night Obsession trilogy, Stalked by My Lover premieres Friday, (continuing through Sunday) and the actress can't wait for others to enjoy her characters wild, yet very relatable, triple-film-ride. "They were a lot to film and pretty crazy," Desjardins told MediaVillage in an exclusive interview. "These movies couldn't have come at a better time because I believe people are running out of things new to watch and think everyone's going to really enjoy them. I'm so looking forward to hearing what people think as they were fun to make."

Part one of the Obsession trilogy introduces viewers to college student Madison Turner (Desjardins) who's faced with the dilemma of roommate hunting after her last abruptly leaves. With the pickings slim, and much to the chagrin of her boyfriend Dylan (James Hicks), Madison settles on Blake Collins (Travis Nelson), a charming newcomer to town with full pockets and no issue in handing over the $2500 to move in. Little does she know Blake comes with a bonus obsessive personality disorder and a shady past. It's only when their roomie situation turns romantic that her three-movie nightmare begins.

Desjardins told me undertaking the trilogy was a thrill in more ways than one. "I'd worked with the producer Pierre David in the past on Zombie at 17 for Lifetime and had been auditioning for a lot of his films but he didn't seem to be biting on [me] for any of those roles," she revealed. "I thought, 'What the heck?' I believed we had a great relationship and was really confused. It turns out that he'd reached out to Lifetime a few months before pitching [the project] to me and offered me the role as I'd always been in his mind to play Madison. That was pretty amazing and so exciting." 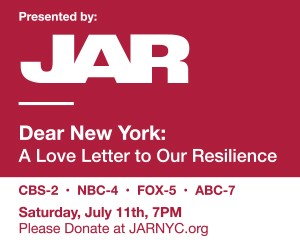 Largely known for her roles in romance stories, after doing Zombie at 17, and Taken for NBC, playing a character in distress was familiar territory for Desjardins. "When I got the offer, I was over the moon and so grateful for the opportunity," she said. "I've had a few similar roles, although Zombie at 17 was a thriller with a little more horror, Taken was a little bit of an action role. So it's never always just romance and the girl next door for me. For that, I'm very fortunate. We had so much fun shooting [these] and I loved the cast and crew, along with the producers and directors who were all amazing.

"My mom is a huge Lifetime fan, so I get why they are popular," she continued. "And I've definitely seen my fair share of them. I love the thriller aspect to [the movies], and the first movie in particular touches on real-life, very relevant, stuff like social media, Airbnb, GPS apps, and stuff like that. I loved those elements of realism that are so relatable to the times. Though I've never been in a situation like this, and I'm counting my blessings for that, I'm sure some people have. It shows you just have to keep your mind open and take precautions when meeting new people. That was my takeaway from the film. Oh, and in the movie, Travis Nelson (pictured below) is not hard to look at, so I can understand why Madison would fall hard and fast and trust him easily. But there are some crazies out there and you just don't expect that." 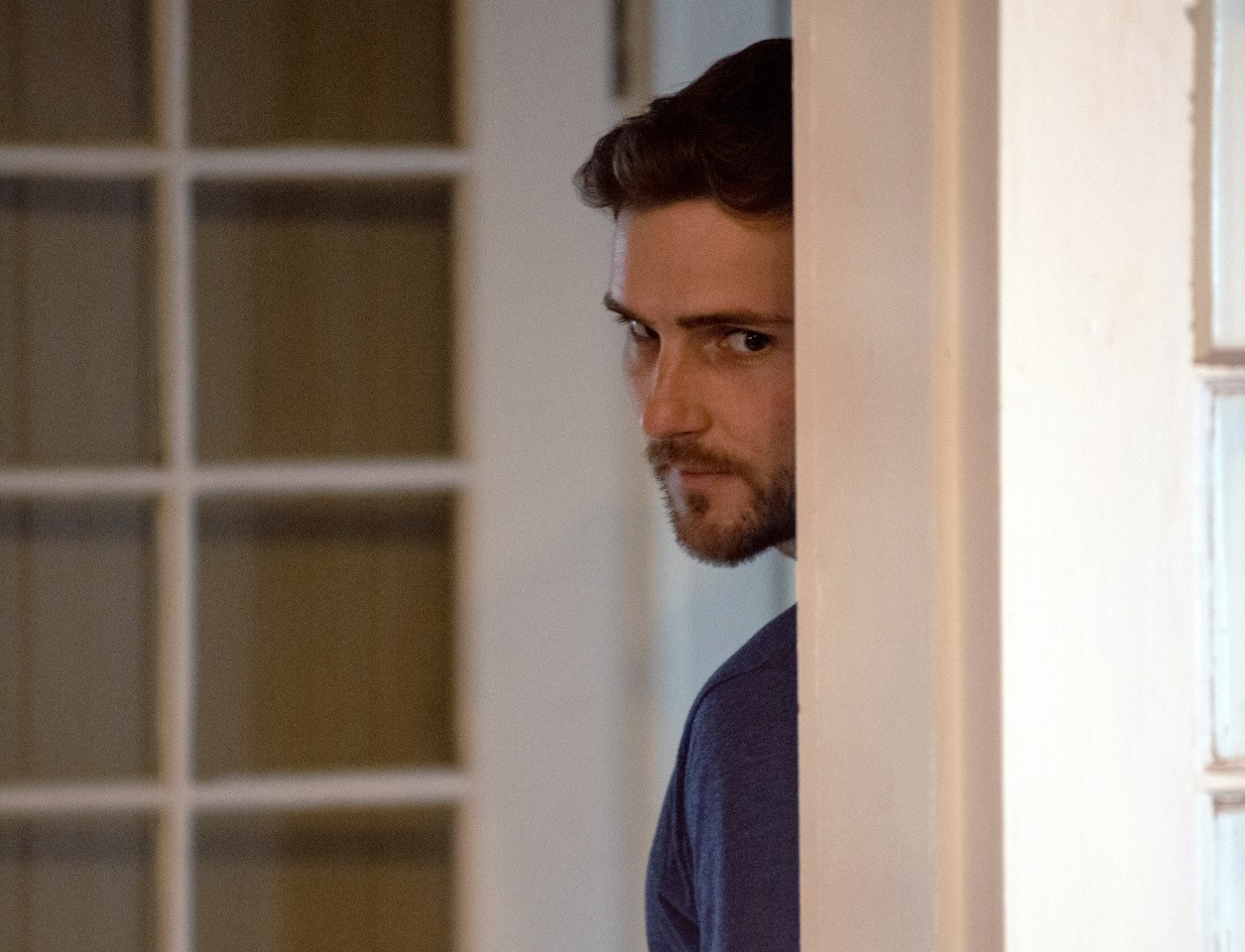 The first installment of Obsession opens the door to Madison's ordeal, and the continuing chapters are bound to keep viewers just as engrossed as Desjardins, who learned how things would unfold for Madison during filming. "It was super exciting to read the others," she recalled. "I didn't get the third script until I was halfway through the second one, so I had no idea what to expect. I never expected to have so much action and as an actor that's exciting. You get to play a lot with emotions and all the good stuff. All three have great storylines that I think people are just going to eat up and enjoy. But that third was definitely a lot of fun to play and is pretty crazy."

With the trilogy shot before the production shutdown due to the Coronavirus pandemic, Desjardins has been quarantining with family in Canada and is thankful to be able to spend quality time with her loved ones. She's also been using her time wisely, safely working with her acting coach, yet is eager to start work on a Christmas movie she booked before production was sidelined admitting, "I'm waiting to hear what's happening, but haven't heard when everything might start up again."

However, she did have some insight into how Hollywood might deal with the challenge of pairing actors moving forward. "I've heard that casting directors were starting to look for couples," she revealed. "But if you're right for the role, and maybe your significant other isn't an actor, I don't know you'd work with it. I don't know how long that would last if that's the approach they're taking, but again there are so many unanswered questions. I'm eager to find out what the next step is because I really hate not knowing.