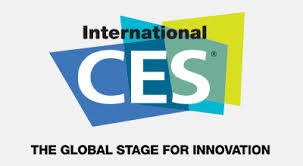 A few short years ago the AVN Adult Entertainment Expo* coincided with the Consumer Electronics Show. Given that industry's stellar record in the early adoption of technology this was far from inappropriate. Now CES has the week of January 5 to itself. Las Vegas in January means it's time for us to cozy up to the future and to see the consumer experience of tomorrow neon-lit and ready to stimulate a new year of thinking at the intersection of marketing, media and technology.

CES is the home of displays in impossibly high resolution and the connection of those displays to intelligent networks that reach from our homes to our automobiles and our pockets. In turn, they connect with sensors in everything from the January sales to the bathroom scales.

This year take some time away from the crowds and explore beyond the giant halls to see if last year's promises have come true or gone the way of 3D television.

2015 will be the year that some innovations of 2014 realize their mainstream potential, transforming from curiosities into essential parts of our lives. To catch a glimpse at some of these breakthrough trends, you’ll need to stray from the bright lights of the Central Hall. So pack your best walking shoes and prepare to dive into some of the less publicized halls and zones of CES. It is here that you can check in on the latest advancements in 3D Printing, Virtual Reality, the Internet of Things and more.

We know what you’re thinking -- 3D printing is not new. And you’re right. But here’s what’s important to note: 3D printing is the most successful failed industry of all time. For several years, CES has featured companies making increasingly complex trinkets with decreasingly thick strings of plastic. To many attendees, the industry appeared to be a gimmick: A shiny product without a practical application. However, the consumer 3D printing trend called attention to the commercial applications of the technology. Major corporations have been using advanced 3D printers to make everything from automotive parts to running shoes for years. And in 2015, attendees can finally see the real-world, consumer application of this technology inside of the next generation of home 3D printers on the second floor of the Sands. These new models from companies such as Airwolf and MarkForged can print objects using everything from wood pulp to carbon fiber to Kevlar, opening up a near-infinite range of applications in our lives and finally making consumer 3D printing a practical reality.

2014 was a pivotal year for virtual reality. Facebook purchased Oculus VR for $2 billion, signaling a broader interest for VR within the technology industry. Virtual reality may continue to dominate consumer electronics headlines in 2015, as several products finally hit the consumer market, including the Oculus Rift, Sony MorpheusandAvegant Glyph. For any brands wondering if virtual reality is a fad or a trend, the 2015 CES Gaming Marketplace will inspire some optimism. Oculus VR moves into the South Hall, where it will be flanked by a suite of peripheral startups built around their platform, including Virtuix and Occipital. Taken together, the Oculus Rift ecosystem represents the most immersive and technically impressive gaming experience ever created. While most of the demonstrations will be gaming-focused, take a step back and observe the community building up around the Oculus and think critically about the potential applications of a fully-immersive environment for the worlds of retail, entertainment, sports and more. VR maybe the next frontier of media and marketing although “the year of” rarely is -- getting to the South Hall is a must while you’re at CES.

The Internet of Things isn’t so much a trend, as a utopian (or dystopian) vision of the future; a future in which everything around us is always collecting, processing, sharing and applying data in order to make our lives better and easier. And while the full potential of such a reality is still years away, some of its essential components will be on display at CES. The second floor of the Sands is the best place to observe these companies, with the Fitness, Health, Wearables and Smart Home Marketplaces all within a stone’s throw from one another. Withings shows how start-ups mature as they transition from digital health to mainstream consumer electronics with their elegant line of connected watches. ADT and Honeywell provide blueprints on how large corporations can embrace high-tech trends. And companies like Witricity and Energous provide the infrastructure for it all by generating power out of thin air.

While most of the innovation at CES is linked to products on the show floor and in surrounding zones, the Consumer Electronics Association has innovated this year with the show itself. New for 2015 is C Space, described as “the official destination for the marketing, advertising, content and creative communities at CES.” Serving as a formal venue for brands, media and advertising companies, the CEA partnered with the ANA to develop programming specifically tailored to the C Space audience. These types of conversations are of high value when this incredible array of products, companies and people come together, which is why we are proud to support the CEA and C Space this year as an official sponsor across all our companies. Google and Yahoo are featured, and it will be interesting to see how they take conversations in the context of CES. Other leading marketing and media innovators are set to discuss how technology is changing the way we conduct business and interact with consumers. Outside of sessions, companies including Amazon Media Group, Twitter, Hulu, Meredith, NBC Universal andWatchwith are adding to the square footage of this already massive conference with ad tech and displays in the showroom. It’s based at The Aria, and is new, relevant and worth having it on your list of stops. Here is a full schedule of C Space events.

Other than the right choice of footwear, the key to CES is to manage the apparent paradox of focus and an open mind -- focus on what's coming and be open-minded about what it could mean to consumers. Whether it is the societal impacts of robotics (Sands Level 2), the increasing need for cyber security (South Hall 1) or the advertising implications of intelligent vehicles (North Plaza), there are viable reasons to visit just about everywhere at the 2015 CES. Book an extra day, clear your calendar and envision your brand amidst the most sophisticated consumer electronics on the planet.

If none of this satisfies you there are always the miles of casino hotel carpeting to admire, the dismal quality to quantity ratio of the “all you can eat” buffet and the anthropological interest of the 5 a.m. intersection of CES delegates leaving town and the walled-eyed slots players hoping and hoping.

*For the curious, the Adult Entertainment Expo 2015 is at the Hard Rock Hotel and Casino beginning January 21.

Michael Dowd is Chief Technologist for GroupM Next, the media innovation specialist division of GroupM that provides thought leadership, industry perspective, operational support, and scalable business solutions to GroupM agencies (Maxus, MEC, Mediacom and Mindshare). Michael monitors the trends which are driving where and how consumers interact with technology and develops perspective on how those changes will impact GroupM brands. Michael can be reached at @Hamerkop.

Seth Walters is Senior Partner, MODI Media. He can be reached at @SWalt81.

Read all GroupM commentaries at Musings from GroupM.