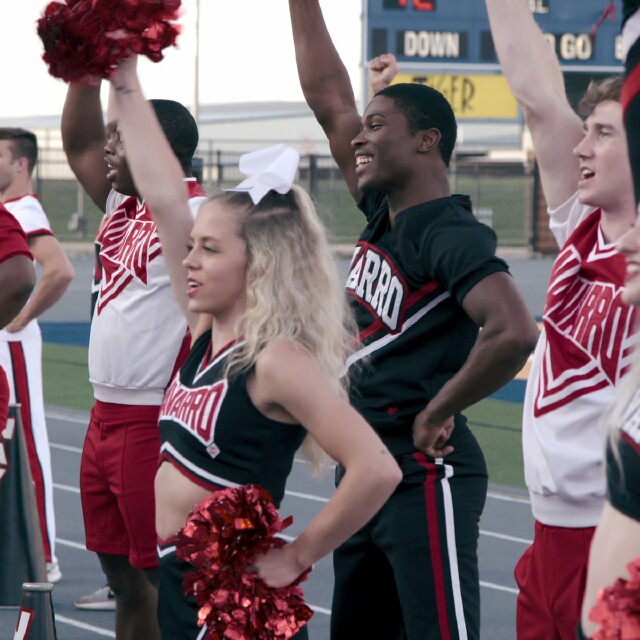 Netflix, which led the networks in nominations, also won the most awards, topping eight categories.

The streamer's Cheer (pictured at top) and Queer Eye led the winners, each taking home two awards -- Cheer for Unstructured Series and Male Star of the Year (Jerry Harris) and Queer Eye for Lifestyle: Fashion/Beauty Show and Ensemble Cast in an Unscripted Series.  The Culinary Show category resulted in a tie, with both Food Network's Chopped and Bravo's Top Chef honored.

Though this year’s ceremony was not held in person due to the ongoing pandemic, special acceptance videos from each of the winners can be found linked in each category below.  For a special welcome and introduction from virtual emcee and Travel/Adventure Series winner Phil Rosenthal, please click here.

The honorees for the two peer-voted awards (Outstanding Achievement In Nonfiction Programming By a Network or Streaming Platform and Outstanding Achievement In Nonfiction Production) are selected by the members of NPACT, the U.S. association for nonfiction production companies.  While the shows themselves are recognized by critics and the public in the other Real TV Awards categories, these awards celebrate the excellence and innovation that happens behind the scenes to create, develop, produce and deliver every show to the viewing public.  The nonfiction production community has come together, through NPACT, to acknowledge and celebrate the best of their colleagues and collaborators with these two awards.