Christopher Knight: From Bradys to Bionics to Brands 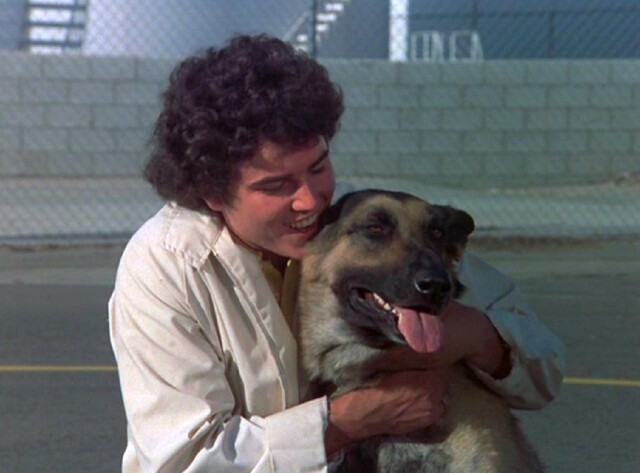 He’s best known as the middle Brady sibling Peter on the enduring series The Brady Bunch, but that role isn’t actor Christopher Knight’s only claim to pop-culture fame.  Knight, along with his Brady siblings, is currently enjoying a career resurgence thanks to his participation in HGTV’s runaway hit A Very Brady Renovation.

After The Brady Bunch was canceled in 1974, and following the demise of The Brady Bunch Variety Hour in 1977, Knight followed in the footsteps of his former Brady Bunch co-star Robbie Rist (the notorious Cousin Oliver) by appearing on The Bionic Woman.  Rist had played one of former tennis pro turned schoolteacher/spy Jaime Sommers’ (Lindsay Wagner, pictured below) students on the first two seasons of the series, but by the third season (and a switch from ABC to NBC) the overhauled series saw much less of Sommers in the classroom.  Season three also introduced viewers to Max the Bionic Dog in its two-part season opener.  Max was a bionic test subject who’d been kept under wraps until his body started rejecting his bionic enhancements (jaw and limbs), causing concern that his condition was age related and would endanger Sommers and her OSI colleague Steve Austin (Lee Majors), a.k.a. the Six Million Dollar Man.  Turns out Max was simply depressed; after his bionic meltdown he appeared in eight more episodes of the series, and his popularity fueled talk of a spin-off series. 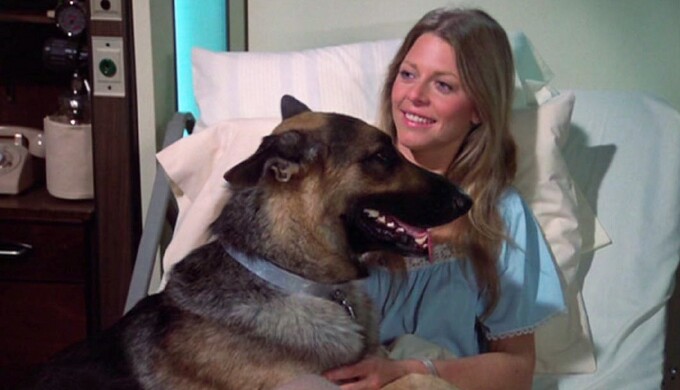 That’s where Knight came into the picture.  In one of the Max episodes he played a teenager who rescued the bionic pooch.  It was a job Knight had no idea would be so fondly remembered.  “Yes, I became the owner of Max,” he said with a smile when MediaVillage asked him about the role.  “That [episode] was actually the pilot for the proposed spin-off.  I was to play Max's owner.

“The problem with that show was the shoot days," he continued.  "They were on a six- or seven-day schedule for every hour of television.  I believe we went three days over on that episode.  They started projecting it out and said, ‘There's no way this is going to work,’ and it was because we were working with the dog.  Today you’d probably do [all the dog stuff] in post-production.  But at the time they would have had to write less for Max.  The less screen time Max had, the more they could've gotten done quicker.” 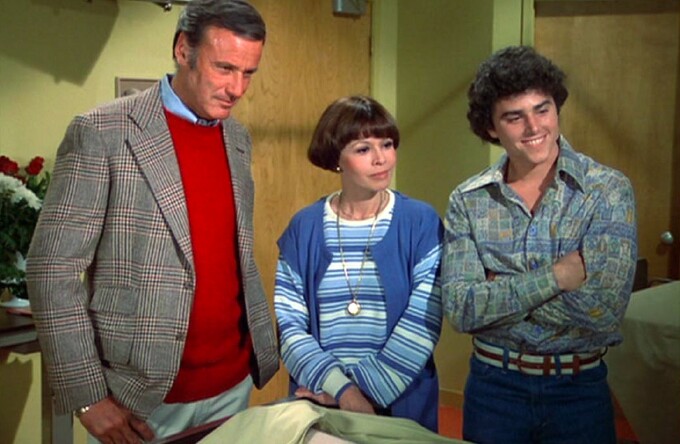 Knight recalls his time on The Bionic Woman as “a great experience” and one he learned a lot from.  “It kind of made me understand why Bob (Reed who played Mike Brady) didn't want to work with kids or pets,” he laughed.  “I guess most actors don't because animals can be tough and can take away a lot of the energy in a scene.  I mean there's a lot of magic that can happen when they do the right thing, but with everybody else on set, the magic is dissipated by then.  It is tough and a lot of work.  But it was a lot of fun.”

Unbeknownst to Knight at the time (and later revealed on the special features of a DVD release of The Bionic Woman), the “original” idea of a bionic dog was not so original.  A German writer had designed a very similar German Shepherd in print, right down to the same bionic limbs, six-years prior.  Unwilling to pay royalties, Universal dropped the idea.

Forty-two years after filming the failed Max pilot, Knight has fond memories of filming it for two reasons.  “I remember trying to get the dog to bite the little wax lock off its cage,” he recalled.  “It took me back to the days of Tiger (the Bradys’ dog) who we didn't have for very long, and the cat who disappeared after the pilot episode of The Brady Bunch. We had the occasional wrangler onset for the goat, the mouse and frogs.  The most memorable pet experience I ever had was working with that spider on The Brady Bunch in Hawaii.  Every time you work with an animal, there's someone there to work with them, so I had a spider wrangler, but how do you work with a spider?

“To the best of my knowledge, they don't speak English,” he continued.  “So, it was all about where the spider was moving.  It was steered by air, so I'm lying on a bed that was lifted by blocks as the wrangler was kneeling at the side of the bed by the camera, blowing through a straw to turn the spider in the direction it was supposed to go.  If it started going too far one way, the wrangler had to crawl around the bed and motivate it from another direction.  This guy was going back and forth and believe me, it was hysterical and so hard not to crack up over.”

While Knight believed he was safe during the filming of that memorable The Brady Bunch scene, in reality he had been lured into a sense of false security.  “It was a tarantula, and they told me they had put ball bearings on its fangs for the scene so it couldn't bite.  I was 13 years old and probably should have been wiser.  Maybe I was a little sheltered, but I believed them.  I find out years later that you can't [put ball bearings on a spider’s fangs],” he laughed.  “It's impossible!

“So, the reason I was so brave was that I thought it couldn't hurt me,” he recalled.  “If it had bitten me in the throat, I'm not sure what might've happened.  If they bite your finger or something it will just swell up.  All I know is that I was the big man on campus for a day or two because I worked with the spider and frankly, I don't like bugs that much.”

These days Knight doesn’t work with animals.  After wrapping A Very Brady Renovation, he’s busy curating a line of home goods offered online under the Christopher Knight Home banner, and recently announced the launch of a production company venture called Former Prodigy Media, one that will focus on documentaries/docuseries and possibly a home makeover show under the Christopher Knight Home brand.

Christopher Knight can be seen in A Very Brady Renovation, telecast Monday at 9 p.m. on HGTV.