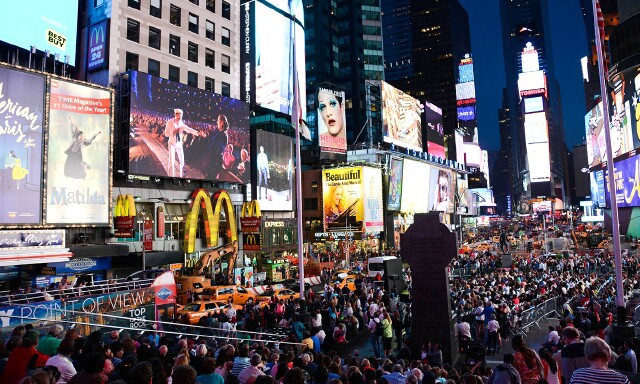 Today’s advertisers are focused on how consumers spend time as a means to determine how to reach the right audiences. For instance, media buyers are acutely aware of two trends in the advertising business.

First, people are spending less time at home in front of traditional TVs. As a Time magazine story subtly titled “Fewer People Than Ever Are Watching TV” reported, 2014 saw a “precipitous decline in TV viewing” compared to any previous year, according to a Nielsen report. The article also noted that numerous households are “choosing to dump TV altogether,” opting instead for broadband and streamed video content.

That brings us to the second advertising trend in terms of time spent: Internet is king. With individuals spending more time online -- especially on mobile devices -- Internet advertising would seem like the next surefire bet an advertiser should take by way of reaching audiences. But while digital ads have shown tremendous growth in recent years, an increasing number of studies call into question the effectiveness of these ads; many appear on parts of web pages people rarely see, and some web traffic has been deemed bogus. As a July 1, 2015 Fortune article phrased it: “Half of all online ads are never seen by a human being, huge amounts of traffic and clicks come from bot networks, and fraud is rampant.” Still, the Internet remains a channel where consumers are spending time and are therefore exposed to ads.

But is “time spent” the right way to measure the true impact of an ad campaign? At Clear Channel Outdoor, we looked at a study that shows the elusive metric of time spent may not be the best indicator of measuring ad impact. That’s because time spent does not provide an accurate read on whether or not people are actually paying attention to the ads they’re being served. Take a second to think of the last ad on your mobile device that you remember. Or better yet, the ad you mentioned to a friend.

Having a hard time conjuring the brand? Exactly. And that’s a problem, because a recent Keller Fay study that involves looking at 36,000 online consumers aged 13-69 annually found that word of mouth conversations -- 83% of which take place offline --drive 13% of consumer sales and amplify the effect of paid media by 15%. A Nielsen report echoed this finding, indicating that recommendations from friends and family are the number one source of trusted information that drives sales, followed by online consumer reviews and brand websites. Because the bulk of word of mouth conversations take place face-to-face (72%), media buyers can easily lose sight of how brands are talked about and remembered if they focus solely on digital.

Instead of focusing on time spent, media buyers should look more closely at which media generate the most talk. The Keller Fay study found that some of the more traditional forms of advertising -- print, radio and out-of-home -- drove greater word of mouth conversations for ad dollars spent compared to newer media such as digital. And, out-of-home advertising generates a disproportionately high amount of word of mouth conversations: Overall, there are 25.2 billion annual word of mouth impressions citing billboard ads. What’s more, advertising drives 28.5% of earned media, and 11.5% of earned media driven by advertising is from out of home, as shown below.

The fact that out-of-home generates so many word of mouth conversations despite lesser exposure rates than TV and the Internet signals the power of this media. In the six industries Keller Fay analyzed, out-of-home was by far the most efficient channel for generating conversations that mentioned a specific advertisement and inspired sales.

Rather than focusing solely on time spent and digital media, media buyers interested in getting a bang for their ad buck must take word of mouth into consideration for measuring impact. And out-of-home advertising is an excellent platform for generating conversations about brands that, in turn, generate sales.

By examining ways to measure ad impactinstead of sticking solely to exposure, marketers can maximize ad dollars by harnessing the power of media platforms such as out-of-home. And as research shows, for big impact, out-of-home is the real king.