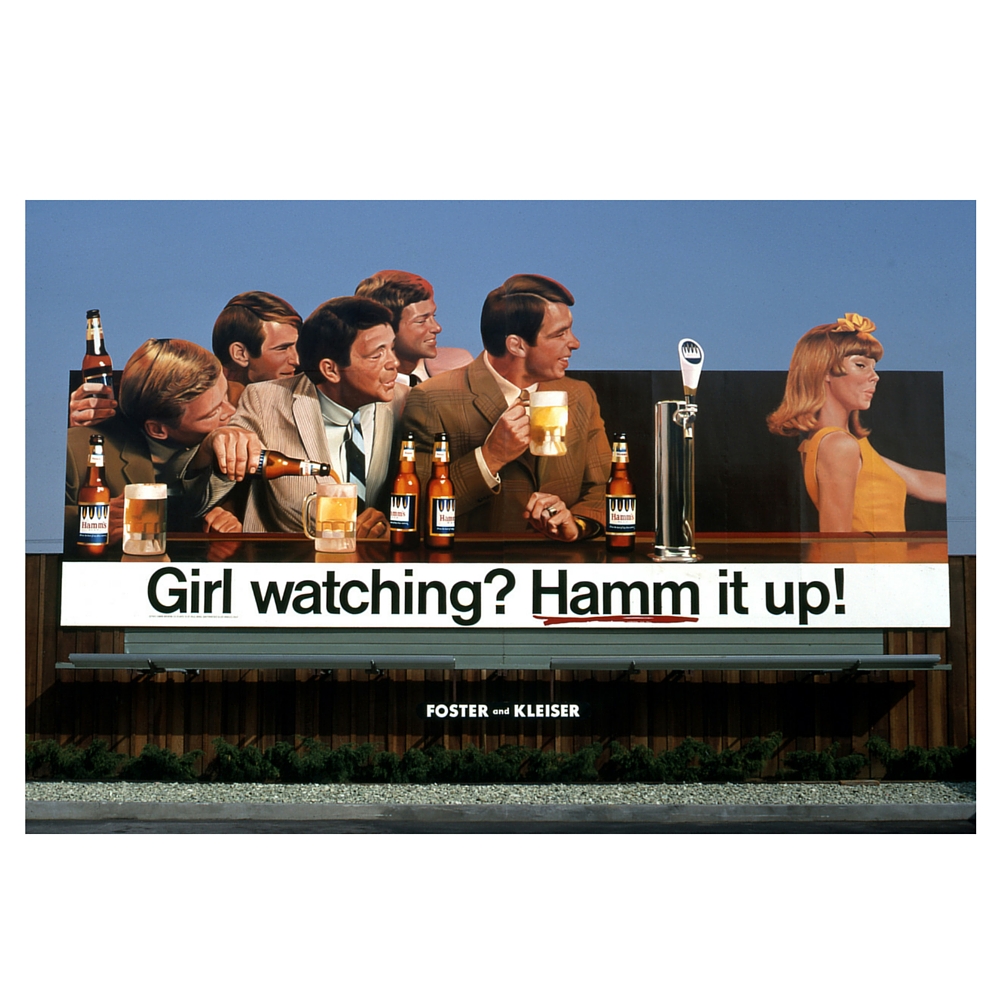 They're one of the oldest forms of advertising media, yet billboards offer advertisers a wealth of creative and technological opportunities today. Over a century after the installation of its first electrified billboard, Times Square, the paragon of big, bold outdoor advertising, is now home to a multitude of 4K screens that interact with visitors -- from Revlon's Kiss Cam to the recent Orphan Black campaign that kept an "eye" on tourists.

Published by Clear Channel Outdoor, iHeartBillboards.com honors the legacy of a legacy medium by tapping into the most extensive corporate archive of out-of-home ad creative. The visual blog posts examine the relationship between past and present as seen through historic and current out-of-home campaigns. 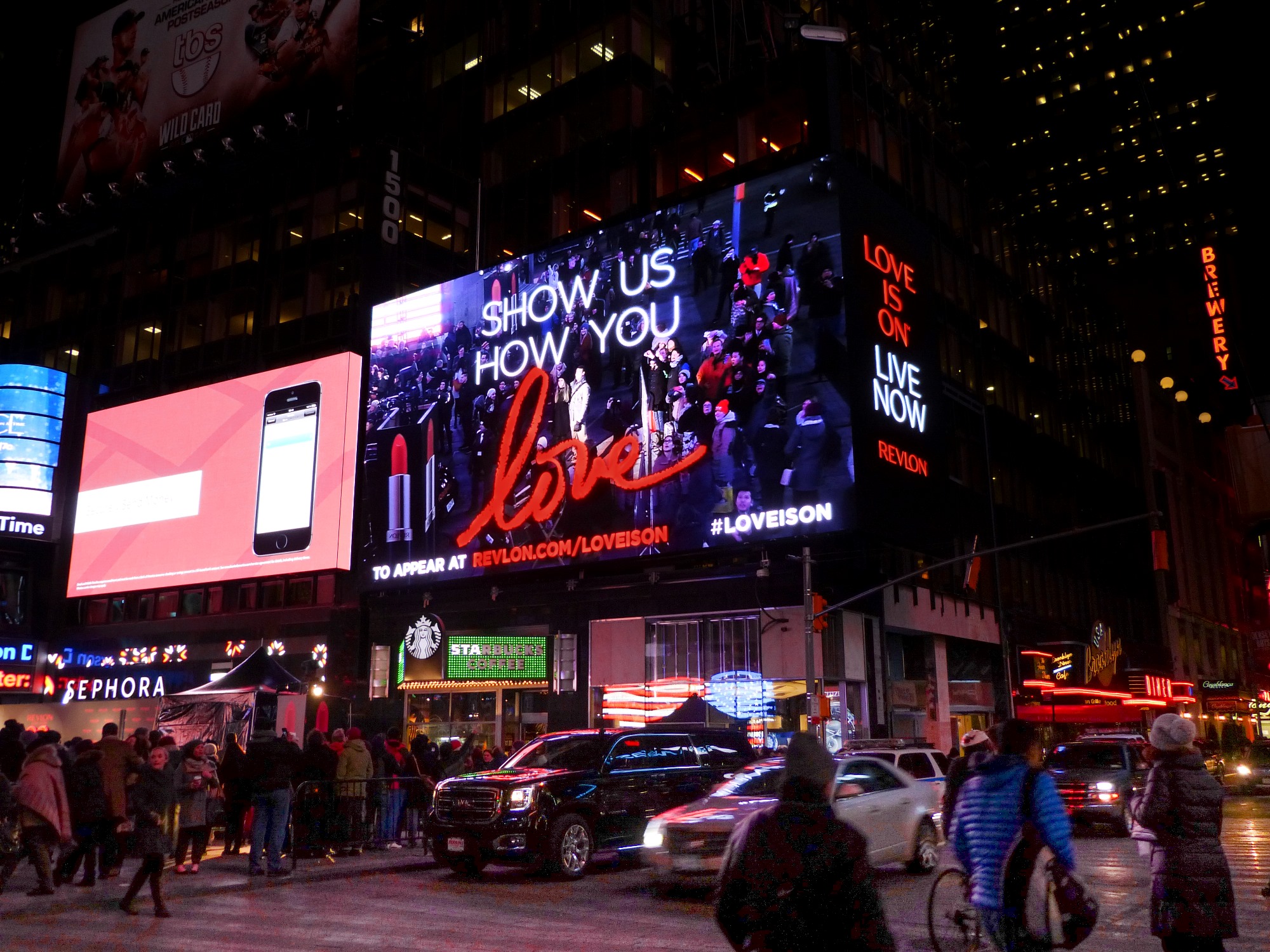 iHeartBillboards launched in 2014, as a successor to a series of email newsletters which showcased "beauty shots" of Clear Channel Outdoor campaigns and highlights from the archive. Jennifer Hurley, Director, Marketing Operations at Clear Channel Outdoor -- who produces and co-writes each post -- has used her background in corporate communications and library science to inform the creative direction of iHeartBillboards. "Moving the stories and photos to a blog opened up the content to a wider audience," she says. "We wanted to share our love for billboard creative."

Clear Channel Outdoor's archive of out-of-home ad creative (rivaled in size only by that of Duke University's) is housed in a room right off of Hurley's Los Angeles office. Due to its frigid temperatures, the 23' x 15' room is affectionately referred to as "the meat locker."  It is climate controlled to protect photo collections dating back to the early 1900s. Other mementos include rate cards covering the last eighty years; 16mm film reels of 20s-era Los Angeles, San Francisco and Seattle, and early industry research and marketing presentations "still in their slide carousels, 'Mad Men' style." 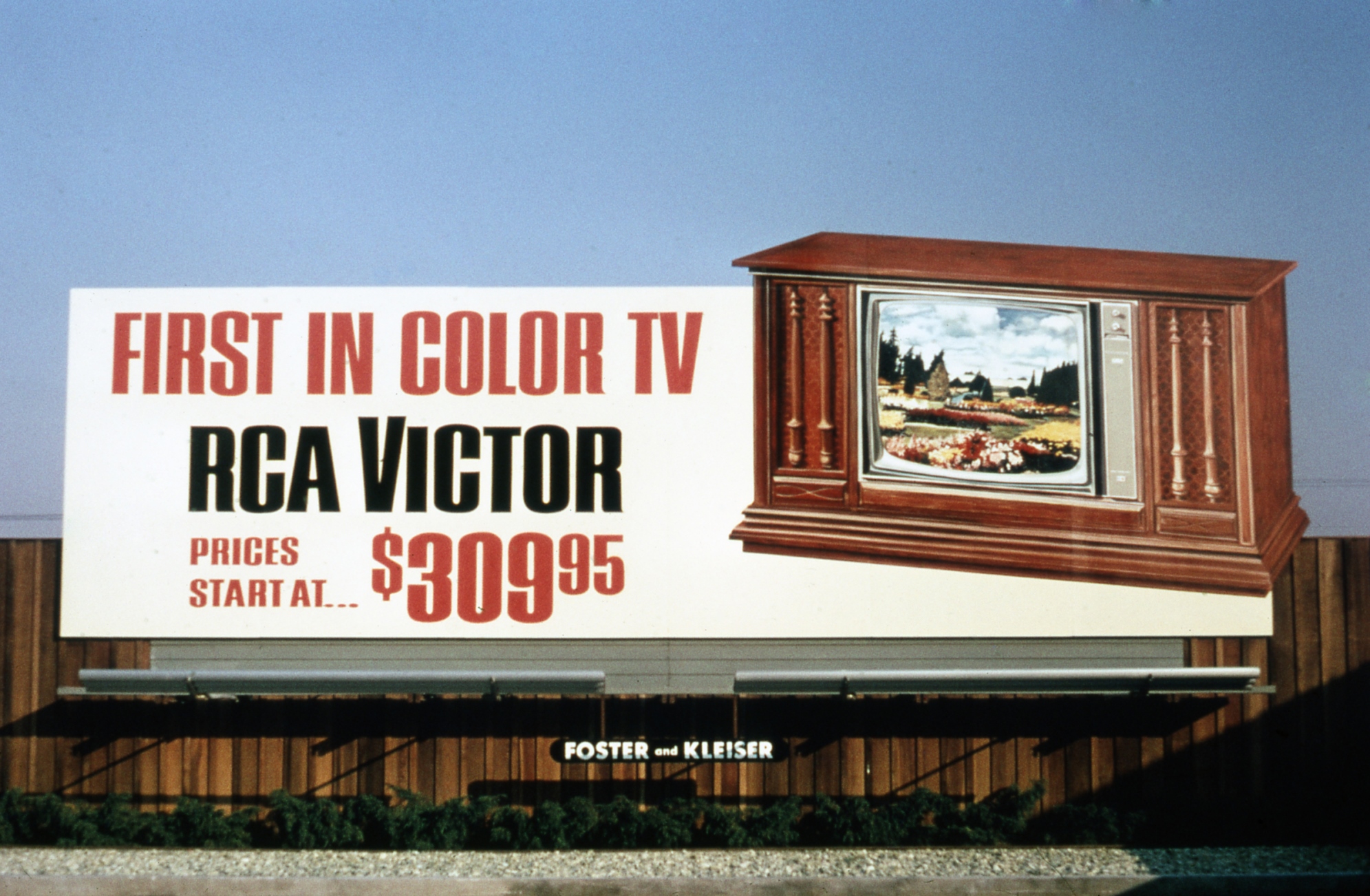 The archive exists as it does today in large part due to Joe Blackstock, who was originally a driver for Walter Foster and George Kleiser, founders of Foster and Kleiser, now Clear Channel. Blackstock went on to manage research and publicity, working for the company for sixty years. "When people start in outdoor, they seem to stick around," notes Hurley, who has herself been in the out-of-home space for over a decade.

Blackstock, who passed away in 1998, was also quite the collector. Hurley says that Blackstock "was an out-of-home industry stalwart with amazing foresight into the value of this early marketing content.  He'd pen stories for local sales reps on groundbreaking uses of the medium, keeping records of OOH advancements, which I still tap into this day." Blackstock's dedication to the craft of out-of-home advertising is a legacy carried on through iHeartBillboards. His memory also lives on through his typewriter, which fittingly resides in Hurley's office. 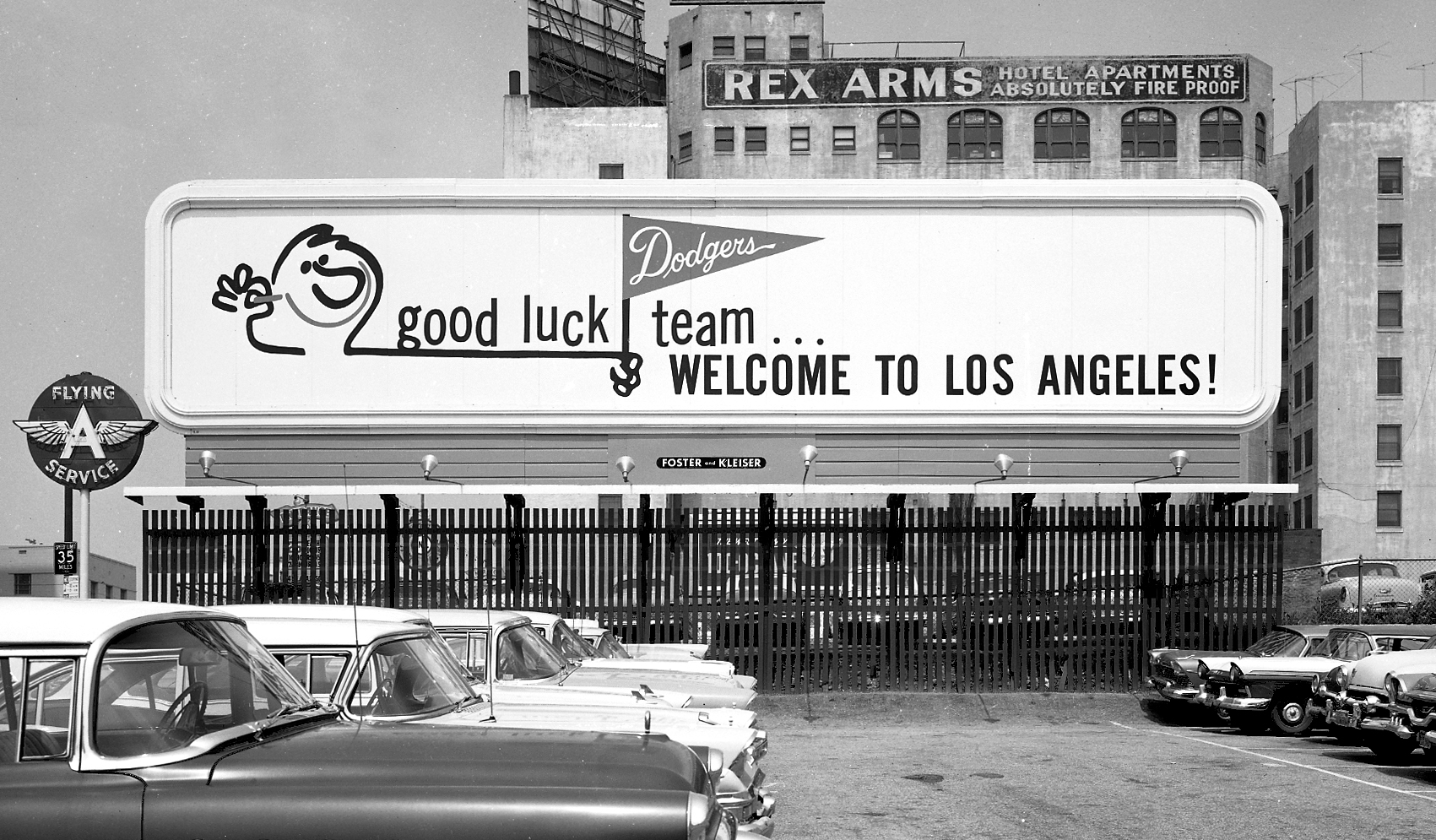 "I love the idea of billboards capturing the local zeitgeist," says Hurley, referencing some highlights from the archive. There is a photo of the billboard that officially welcomed the Dodgers to Los Angeles when the team moved there from Brooklyn for the 1958 baseball season. Glass slides from 1906 offer a look at the aftermath of the great San Francisco earthquake and a surviving billboard amid the wreckage. 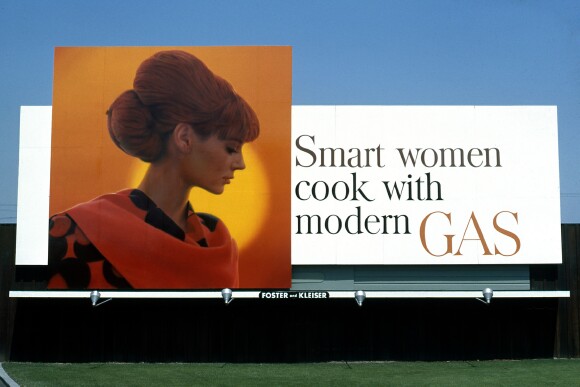 The archive heavily covers ad creative from the West Coast. Founders George Kleiser and Walter Foster were California natives and the business was highly concentrated out West until the early 1920s when Chicago and New York sales offices were established. The industry's history speaks to the plain reality that there were more cars out west. Cities like Los Angeles, San Francisco and Sacramento were more accommodating to roadside displays, which depended on audiences in transit. As the car culture moved east the business did, too. 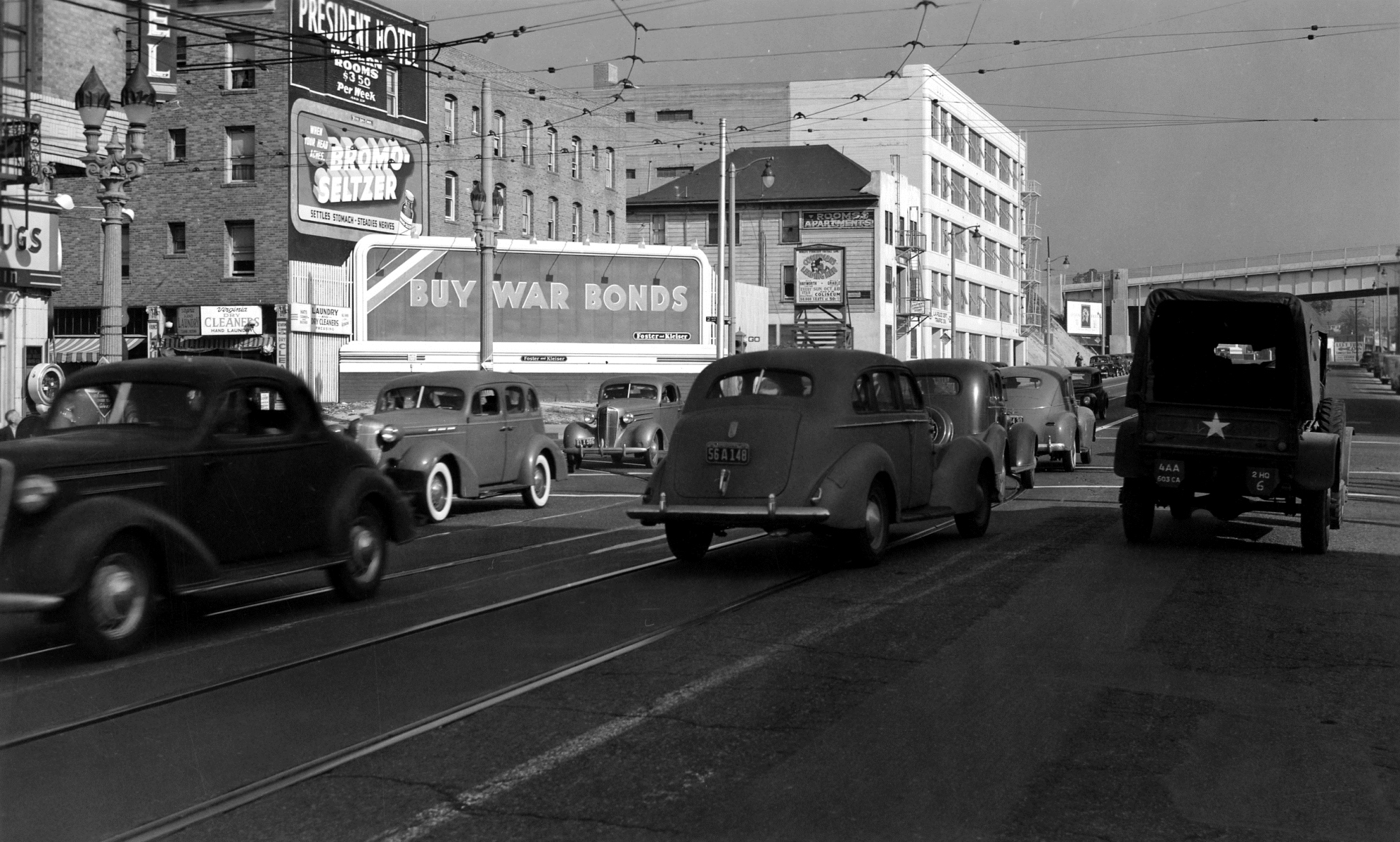 "The history of American culture is reflected upon the out-of-home canvas," explains Hurley, pointing to photographs of 1940s signage advertising war bonds and support for wartime efforts. Campaigns past and present reflect collective sentiments and values, which is what iHeartBillboards celebrates. Out-of-home advertising offers "a visual representation of what matters and how we communicate … when out-of-home is done right, it's big, bold, beautiful and memorable," she says. 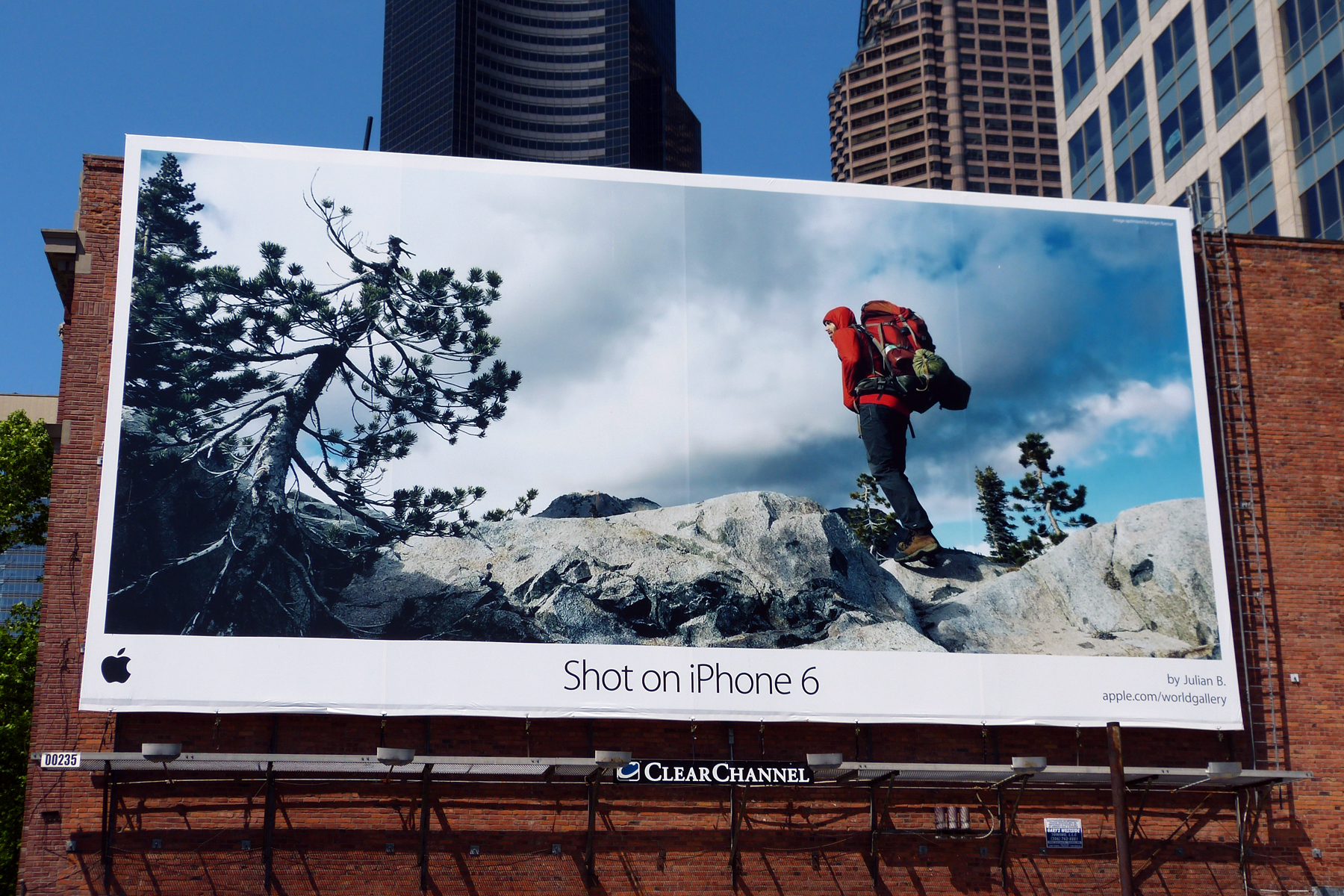 Through iHeartBillboards, the Clear Channel Outdoor team makes clear that the medium is rife with creativity and has been for over a century. Taking a trip down memory lane or taking a road trip down any lane proves the durability of this medium. "The best way we can showcase the power of out-of-home is through these impactful images, both present and past, and storytelling," Hurley concludes.

The opinions and points of view expressed in this commentary are exclusively the views of the author and do not necessarily represent the views of MediaVillage.com/MyersBizNet, Inc. management or associated bloggers. Images courtesy of the Clear Channel Outdoor archive.