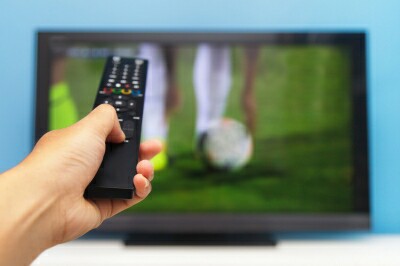 One of the enduring mantras about TV that stream-rolls every so often is the notion that in this age of so many networks and so much original programming on them there's no room anymore for new channels. Especially new channels formed by independent parties.

It's time to put this mantra away in a closet for good. It's time to call this notion what it really is … nonsense. Or as delicatessen owners here in New York would remark, baloney.

In case you forgot about the bunch of new channels breaking in from mid-2014 to mid-2014, from One America News Network to Pivot to Al Jazeera America to Revolt and El Rey Network -- each one independently owned -- check out the action in recent months. Anthem Media Group out of Canada is now a channel player with boxing/martial arts-focused Fight Network and FTSNY, the first fantasy sports service. Web site Newsmax opened its TV service for business this summer.

More striking, three channels have hit the scene in the last 45 days. Back 9 Network, capturing golf lifestyle on camera, made the grade with DirecTV. QYou is all Web video, played MTV 1.0 style as if the 1980s never left. Separately, mid-size cable operator Armstrong Utilities made room among its Pennsylvania and West Virginia systems for Ride TV, Texas-based and focused on the world of horses beyond the race track.

Again, all three of these networks were not born from the stable of likely programmers: Viacom, Time Warner, CBS, NBC Universal, Disney/ABC, Scripps or Discovery. They came from entrepreneurs and organizations who wholeheartedly share the vision that there's an audience willing to support their space on someone's cable or satellite systems.

More to come here? You bet. Management at Vice Media, the Internet programmers that tried to buy out HLN from Time Warner this summer, barks that they're developing one or more U.S. TV nets for a 2015-16 launch, and some others overseas. One of Univision's former programming executives just hired a former Discovery Communications executive to trigger superstation-style distribution of a Los Angeles Spanish-language station, featuring original content. Several other Web sites are checking out ways to develop a network.

And let's not forget Comcast's promise to launch at least six more indie-structured channels (four from African American or Latino sources) before the end of 2018 under their NBC Universal acquisition. The first four -- BabyFirst Americas, Aspire, Revolt and El Rey -- were selected from a batch of more than 100 proposals. Repeat, more than 100. Care to bet that when Comcast announces its second round of submissions (late 2015 or 2016) the reaction won't be the same or higher?

I'm not suggesting all these new channels will make it. That's up to the marketplace. My suggestion right now: Retire the idea that you can't get a new network started. Especially if you're not connected with a big programmer. Permanently.

Notes from the passing parade:

Want to know why the explosion of scripted TV series will continue exploding? Read a Variety online preview of this weekend's American Film Market in Los Angeles. The one suggesting every independent filmmaking production house is pursuing original TV series, with so many outlets available to them. You'll also see what channels not engaged in scripted content have entered the hunt.

NYC Television Week, version 2.0, happens November 12-13. The idea of a full-fledged week of activity crowdsourced by industry players, similar to Advertising Week, Internet Week NY and Social Media Week, appears tabled for now. Instead, NewBay Media is putting four conferences in one midtown hotel, with The Content Show shaping up to be a star-studded one of its kind.