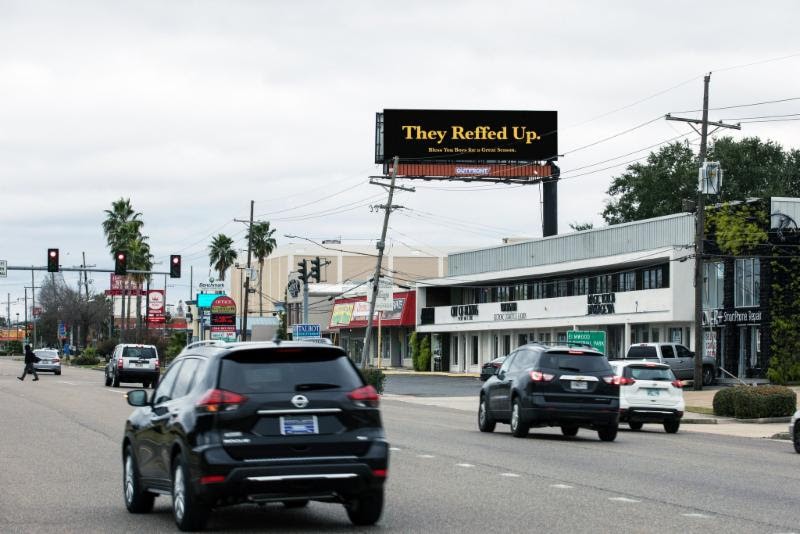 Every year, about a month ahead of the Super Bowl, my competitive streak kicks in.  I'm not alone, as any football fan will attest that half the fun of playoff season and the Super Bowl itself is talking smack about your rivals.  As a longtime Ravens fan, I have no allegiances here -- but I think we're in for a good game.

The competitive streak is also front and center in advertising at this year's Super Bowl.  Whether it's sports fans voicing their heartbreak over bad calls, brands blasting their message on their rivals' home-turf, or companies pulling super stunts to tease their spots, spur conversation and stand out at the big game, the motto of Super Bowl LIII is:  Go big or go home.

Saints fan were some of the first to take to advertising ahead of the big game after a no-call by a referee for pass interference in the playoffs thwarted their Super Bowl dreams.  These super fans took their voices to the streets of New Orleans, with the message displayed across a billboard outside of the Superdome with the words: "They Reffed Up."  The message resonated with Saints fans, with many NOLA locals tweeting images of the billboard, andit even made the nightly news.  That set the tone of Super Bowl advertising to come: If you've got a beef with your competition, broadcast it loud and clear. 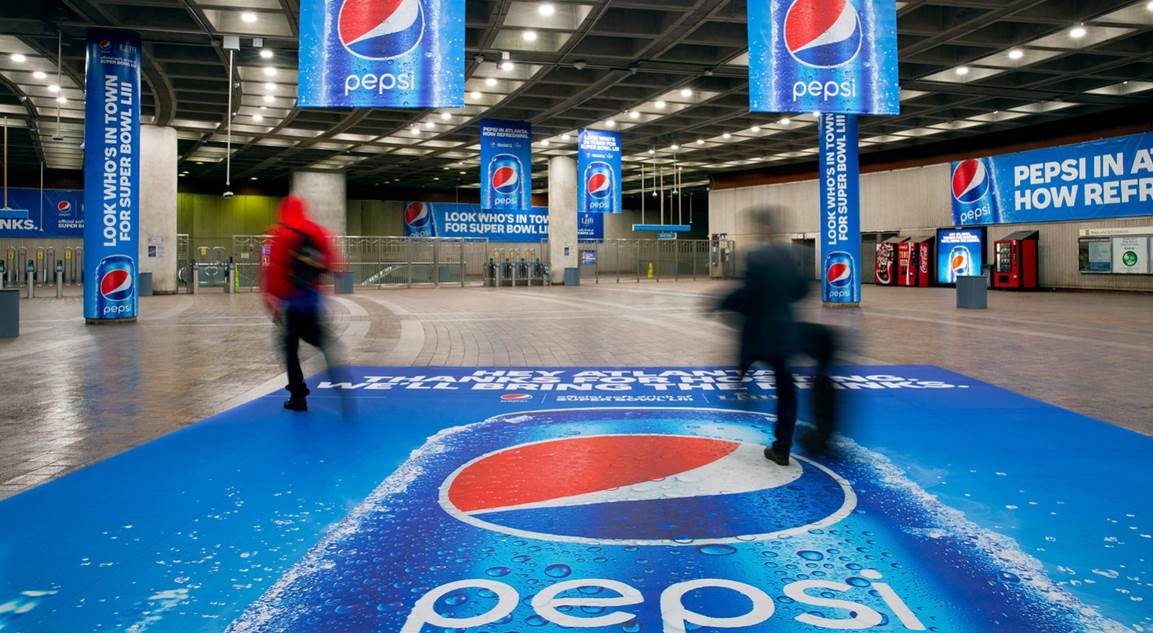 While Atlanta might be known as Coke City and the headquarters of Coca-Cola, Pepsi is the official sponsor of the ATL-hosted Super Bowl.  Ahead of the game, Pepsi launched a smart and cheeky OOH campaign all across the city, employing subway station domination, transit wraps and billboards strategically placed near Mercedes-Benz stadium.  The campaign plays on the friendly cola rivalry, with the words "Look who's in town for Super Bowl LIII" and "Pepsi in Atlanta, How Refreshing."  Pepsi might just win MVP for its Super Bowl swagger alone.

Brands are also dominating Super Bowl advertising by pulling out stunts and bringing back iconic classics.  When I saw the teaser for Stella Artois' latest Super Bowl ad my jaw dropped.  You're bringing back Carrie from Sex and the City?  What does this mean?  Have SJP and Kim Cattrall resolved their differences?  Are we getting another film, or even better, another season?  I have questions!  This kind of advertising, where audiences get a sneak peek into what's to come, is genius.  It creates suspense, anticipation and investment in your brand.  I can't wait to see what's next. Super Bowl and SATC fans unite to build suspense and competition.

The Super Bowl is not only the ultimate sporting event of the year, it's the culmination of a who's who in advertising.  Brands lay down the gauntlet, throw down the competition and battle it out to capture their audience's attention.  With this year's Super Bowl advertising we've seen how OOH can send a clear message to your competitors, reach new demographics, and give your audience reason to cheer.