By Kent M. Harrington June 20, 2019 In the National Interest Archives 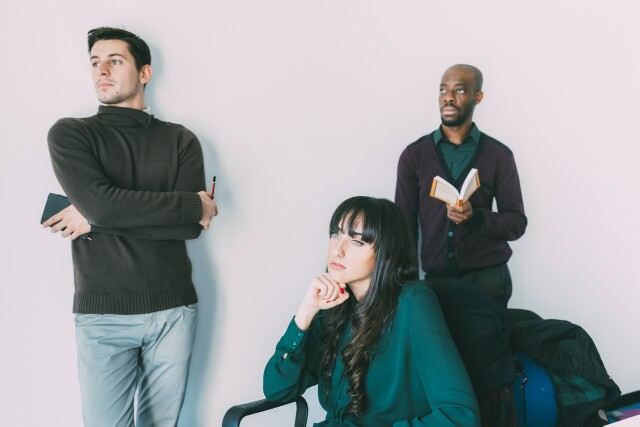 (Kent Harrington, a former senior CIA analyst, served as National Intelligence Officer for East Asia, Chief of Station in Asia and the CIA's Director of Public Affairs.)  The best qualification of a prophet is to have a good memory, George Savile wrote three hundred years ago.  In musing about prophecy, of course, Savile was talking about the 17th century's equivalent of forecasting.  Little did he know that prophecy's 21st century versions would rank survey skills, algorithm writings and wrangling big data way above recall in their descriptions of the job.

But Savile, the Marquis of Halifax, wasn't just highlighting a prophet's ability to recollect.  He was referring to the importance of knowing history.  For his crowd, accurate predictions mattered.  A royal counselor and court heavyweight who helped swap out two Catholic kings for a Protestant successor in England's Glorious Revolution of 1688, he knew bad political forecasts could exact a high price.  Heads rolled if they failed to rearrange who wore the crown.

That high stakes experience is what makes his observation so valuable in 2019.  For those who are trying to forecast economic, social and political trends in turbulent times, it's a reminder:  No matter their computing power or big data troves, before arriving at their views they need to take account of where they've gone wrong as well as gotten it right, and why, when their prophecies didn't pan out.

The caution is relevant to the current focus on generational differences and what they will mean down the road.  Take the marketing specialists, consultants and media experts who are trying to get a grip on Gen Z.  Like the Millennials and their predecessors, Gen Z -- the generation born after 1996 -- fundamentally is a statistical creation.  Analysts of all sorts are doing their best to provide what they say are the key details to flesh out the cohort.

Their description of the latest generation is intriguing, to say the least.  Gen Z is supposed to be the most tech savvy 60-million or so Americans in history.  Marinated in social media and attuned to the latest new, new thing, their life experience has reflected technology's effects.  Their attitudes also have been shaped by 9/11, school shootings and the Great Recession, just like their ever-present smartphones have molded their permanent palms-up pose.

Whether Gen Z actually exists as more than a group bracketed by birthdates is worth debating.  Daniel Kolitz's critique of generational analysis took on the concept brilliantly a few months ago.  But the fact is, like their approach to the Millennials, social scientists, pollsters and other analysts are producing reams of advice about Gen Z, as are political consultants offering their forecasts about how its druthers will sort out in national elections next year.

As Savile's comment suggests, whatever Gen Z's story, it would be wise to ask whether we've seen this movie before.  So, too, does some recent Pew Research Center polling.  The Pew surveys, done late last year, are noteworthy.  They describe Gen Z's views -- on President Trump, government's role, climate change and racial issues -- as strikingly aligned with the Millennial generation born between 1981 and 1996.

To be sure, the surveys highlight Gen Z's sharp differences on the issues with their great grandparents, a.k.a. "the Silent Generation."  The Baby Boomers and their Gen X offspring fall in-between.  But rather than illuminating emerging divisions on crucial issues as Gen Z comes of age, the Pew's findings lead to another conclusion.  The 140 million Millennials and Gen Zers are more alike than different.  In other words, plus ça change, plus c'est la même chose.

The failure to portray the continuities between generations isn't new.  The Millennials' plight is a case in point.  Their latest angst -- an economy ruined by Boomers whose failed policies have crippled Millennials' chances for the good life -- is spawning articles and even books decrying their ill-fated decisions.  The problem is the Millennials' self-described conditions and complaints sound just like the Boomers' grousing when they were the same age 40 years ago.

Writing in 1982 in the New York Times, Tom Friedman described analysis by economists, demographers and Rand Corporation researchers that gave credence to the then 30-something Boomers' fears:  There were too many of them and too few jobs up the ladder for their hard work to pay off in the American dream.  Worse, with slower growth, their wages would suffer along with their ambitions and psychic well-being.  Their fears and the forecasts didn't happen; the 1980s gave way to a decade of economic and job growth, the longest in the postwar years.

Gen X, the boomers' 60-million or so offspring born between 1965-1980 whose small numbers led to their label as the "baby bust" generation, weren't left out as subjects of forecasters' misinterpretation.  While some predicted they would face less job competition, others saw their thin ranks dragging down the economy and housing prices -- and the Gen Xers' capital accumulation -- for decades.  The opposite occurred; beginning in the mid-1990s, construction boomed and home prices rose for over a decade.

The late Herbert Sandler, the founder of Golden West Financial Corporation, a highly respected mortgage lender whose portfolio was hit hard by the housing crisis in 2008, when asked what went wrong, said: "We are guilty of not predicting the future."  Fair enough for Sandler and generational analysis as well.

But with Gen Z now under their microscope, social scientists, demographers and economists would be well served to review their analytical miscues about its predecessors.  If he were here, George Savile certainly would encourage them.  When it comes to generational differences, the country faces enough divisions without manufacturing more.