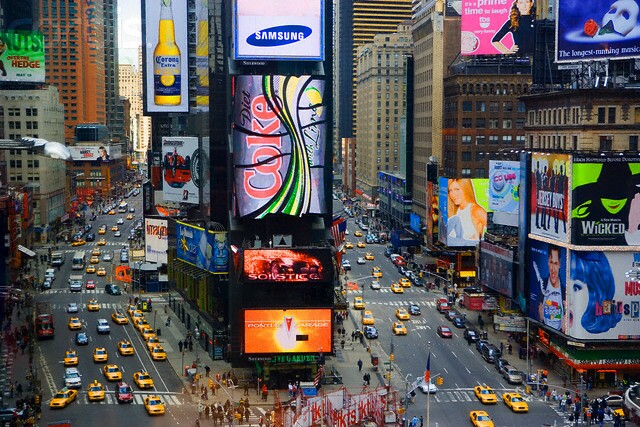 It has been said that the US and Great Britain are two countries separated by a common language. Despite many similarities, we still misinterpret meaning and context between us while using words derived from the same source. For example if a Brit is in “rude health” it means he or she is in “very good health,” which is not apparent to us American upstarts.

The same can be said for advertising.  Reach and frequency are generic terms we use with ease, but measurement systems (including Nielsen, Arbitron and TAB) use complex independent metrics to interpret their meaning.  These systems gauge success within media categories differently, without a Rosetta Stone or a “common key” to create a common denominator.

The amazing success of web and mobile advertising has created a forcing function around metrics. Web and mobile’s advertising rise was made possible because they offered something easier to value and buy than traditional media.  The amount of ad dollars spent on web and mobile has grown from $12 billion in 2005 to almost $60 billion in 2015 according to eMarketer.  That size and the growth rate are a testament to their “digital” media characteristics.  Web and mobile provide vast underlying ad stats, in a common form, that can be easily compared across different ad units and against which value can be attributed. The use of a universal currency, just like in the world of finance, is the foundation for a liquid marketplace that operates with efficiency and establishes true value.  This should be the goal of the entire media industry.

Some traditional media types have benefited from today’s lack of efficiency and transparency (television) while others suffer because of it (out-of-home).  Thus certain traditional media publishers will be slower to adopt “digital” characteristics than others, but all will be compelled to aggregate data and build these tools in order to have access to the ever-increasing digital dollar pools.

There are five characteristics that define “digital” advertising.  In order to be considered “digital” media must (be):

1) Close to the point of purchase -- You are only a click or two away from the buy decision.

2) Provide Data with Common Keys -- Deep audience statistics that are derived from the publisher’s own assets but supplemented and enhanced with third party sources in order to give greater insights to advertisers about the strength of the publisher’s media.

3) Measured by Simple Metrics -- with which advertisers can plan and evaluate a campaign’s success -- using hyper accurate impression counts (audience data) sold against a CPM, that can be compared across the many different media categories (from video pre-roll to display to search, billboard, Cinema, TV and radio spots).

4) Targetable -- Using historical and real time data, a CMO can efficiently and with precision, direct investment against specific audience segments.

5) Optimizable -- such that advertisers have direct access in real time to a campaign’s creative and messaging.  This provides the CMO with a tool that can react on the fly in an ever more dynamic marketplace.

What is so important about common keys?   The current lack of common keys for traditional media results in a fairly inefficient and largely illiquid media marketplace.  Statistics collected from disparate sources and cleansed from PII need a “key” in order to make associations between uncommon data sets.  Those keys allow media buyers and publishers to combine first and third party data into digital “avatars” for audiences -- without being creepy.   With regard to metrics, television has Nielsen, radio has Arbitron, newspapers have circulation and out-of-home has TAB ratings.   Each of these traditional media categories built their individual ecosystem ratings around a need to prove effectiveness to their clients.  But they did so in their own way, with their own rules and with varying degrees of efficiency and transparency.  Agencies then built their buying teams to accommodate these different media types with specific pools of experts, siloed within each media category.  And thus the traditional market cemented the established inefficient channels and practices.

Then along comes web, and more recently, mobile advertising.  Google, Facebook, Aol, Yahoo and many others offered a simple concept: A number of impressions, within a selected audience segment for a cost per thousand.  Digital publishers, using their vast amount of real-time data, were able to make this process simple and auditable.  CPMs are added as an easy way to differentiate value amongst the inventory types (by dwell time, visibility, etc.).  Relative to traditional media, advertisers within the digital world know that they made exactly the intended number and type of impressions.  Most traditional media formats currently provide a loose extrapolation of a survey or sample size, affixed with an intangible and unconnected media category rating.  The efficiency in web and mobile advertising is thus much more attractive.

In order to have common keys in measurement, the IAB created standards and protocols, which allowed the digital category to flourish.  The IAB continues to refine them and is in the process of considering how to accommodate traditional media.   This is a critical first step for a truly efficient media marketplace.

While this sounds perfect, all is not peachy with web and mobile.  The shortcomings of web and mobile and the strengths of traditional media get lost in the stampede to spend money on media with digital characteristics.   Bots, click-fraud, infinite inventory counts, RTB, ad-blocking software, blind long-tail site placements and mobile’s small form factor are just some of the drawbacks with web and mobile.  These challenges will eventually cause a revaluation of the digital category -- but digital dollars need an alternate path in order to start the revolution.

While web and mobile work on ad delivery credibility, traditional media must move into the digital buying ecosystem using audience data and the same common keys.   It must provide a view of how consumers move, engage and react using real time data, a common language and a Rosetta Stone for advertisers.  “Breaking down silos” is a metaphor with positive connotations and should be internalized by all publishers (media owners) and ad agencies.   It is what serves advertisers best.

On the other hand and amongst other strengths, traditional alternatives have the powerful ability to build brand equity.  Out of home media specifically provides advertisers with guaranteed view-ability and spectacular size and has valuable, limited inventory counts associated with iconic high traffic locations.  Location cannot be ad-blocked by software and it has become the new cookie when identifying audiences.  As an exercise to compare mobile and traditional advertising -- name a great TV commercial, and then try to recall your favorite mobile campaign.

The transition has begun across the media landscape.  Note that ESPN launched their own DMP, Google is building an automated audience based ad platform for television within its fiber markets, Rubicon and App Nexus are incorporating traditional media inventory into their platforms and Comcast bought Visible World, in part, to give advertisers real-time access to creative within their broadcast streams, amongst many other initiatives.   Agencies are also questioning their own media buying silos as their digital and/or programmatic teams ingest new data in order to evaluate other media categories.   Our industry is slowly building a more liquid market and an automated bridge from advertisers to all publishers.

Outfront Media is quickly evolving into a digitally enabled advertising company and leading the way in the out-of-home industry.  This goes beyond the conversion of billboard screens or the deployment of new technology and connected networks.   We are focused on data with common keys that will allow for participation in the larger “digital” ecosystem -- campaigns that can be targetable and optimized.  We are already close to the point of purchase and always have been; a combined mobile offering will bring us even closer.  We are blazing a new trail in the OOH space.

Pretty soon the term “digital” within advertising will be like the word “electricity” from 100 years ago.  Electricity was once a novelty and something that first adopters used to leapfrog established practices. Today it is commonplace and expected.  (Shout out to Tom Goodwin/Havas for this metaphor.)  All traditional media will morph into the digital world eventually; it is just a matter of time, data, technology … and common keys.