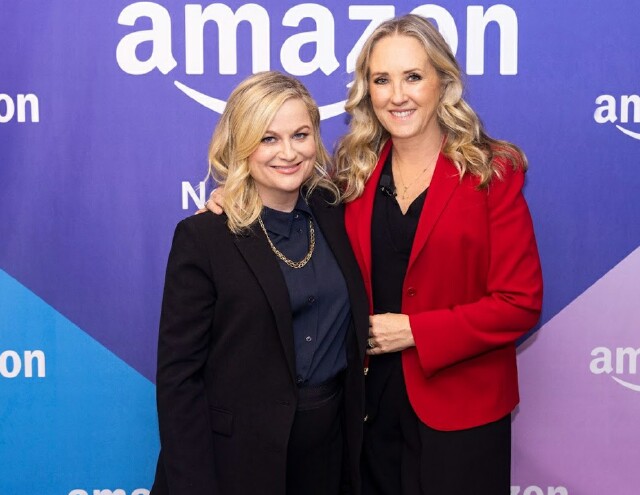 The Digital Content NewFront in-person presentations by Amazon, Roku and Vizio -- a trio of top players in the business of generating smart TV sets, devices and operating systems -- took place over a 24-hour period from mid-Monday to mid-Tuesday in New York City venues that could not been more different. Amazon held court inside Lincoln Center's David Koch Theater (with an outdoor after-party around the world-famous Lincoln Center fountain), while Roku welcomed guests at Chelsea Factory on W. 26th St., close to the High Line overhead walkway, and Vizio utilized Moonlight Studios on Hudson St. near the Holland Tunnel.

The Big Message: Whether creating original series, linear or on-demand channels, all three companies are out to be major content providers worthy of big advertising budgets. A bigger message -- and a strong candidate for most important takeaway from this year's NewFronts -- came from Roku executives at their presentation. Shoppable TV's time has come -- a time when people can order products and services from their set without assistance from a smartphone or other screen. “Shoppable TV should be as easy as streaming TV,” declared Alison Levin, Roku's Vice President of Ad Revenue & Marketing solutions.

Hosts: Amy Poehler (pictured at top with Head of Amazon Studios Jennifer Salke) shined as Amazon's host, getting in a few spot-on digs at ad jargon. Roku Recommends co-hosts Maria Menounos and Andrew Hawkins shared host time for Roku, while a group of Vizio executives took turns at their presentation.

What Also Worked: Amazon's opening sequence, featuring a ballerina doing her thing to scenes from football games and Freevee original series launching soon, joined on stage midway through by the Blue Angels Drumline squad. It was a creative gamble that paid off. Vizio offered a fast-paced presentation that ran just 20 minutes yet covered a lot of bases and gave executives more face time with the crowd before and after.

What Didn't Work: Not a word from Amazon or Roku about Food Network Kitchen, Amazon's interactive service collaboration with Warner Bros. Discovery that's available on both Amazon Fire TV and Roku (and Comcast's Xfinity platform). Missed opportunity to provide an update on usage and how advertisers can get involved. Vizio's showcase left out details about future original channels coming soon from their Features unit, or whether @Home with Tori, a new lifestyle program with Tori Spelling coming out before the end of May, is the start of a major push for exclusive original series.

Bonus Points: For pre- and post-showcase receptions, Roku turned half of Chelsea Factory into a greenhouse-modeled "city," complete with plants, bushes and flowers all over the place, gravel sidewalks, a slider stand with a ramp from which to obtain the slider of your choice, and a miniature Ferris wheel.

Data Points: Amazon Prime Video now has about 80 million subscribing households in the U.S. On Freevee's end, Judy Justice had 40 million views during its first season there. Season two is underway and a spinoff series has got the greenlight to launch this fall. Vizio's Watch Free+ platform carries more than 250 channels and 5,000 individual movies and TV programs.

News: Roku's new shoppable TV undertaking comes in two variations -- an overlay screen that pops up during specific commercials, and product ads from retailers where viewers use a "Roku Pay" system after they click their intention to buy the product showcased. Both shoppable approaches will be implemented by this fall, and more shoppable features will be announced in time for the holidays. More lifestyle series will be introduced on the Roku Channel later this year, three featuring Martha Stewart and separate pairs from popular food personalities Emeril Lagasse and Chris Kimball. In scripted TV, Roku will serve up The Short List, a group of 12 short subjects from new, diverse talent on the rise. Reese Witherspoon's Hello Sunshine production company will supervise the project, and at least half the creative talent on display will be women. Three new series received pickups on Freevee: coming-of-age drama Beyond Black Beauty and competition series Play-Doh Squashed (following a holiday special last December) and America's Test Kitchen: The Next Generation. Look for more new Freevee original series and movie announcements over the rest of 2022.

Parting Words: "We're driving innovative new ways to share your message. All of us in this room are pushing this industry forward." -- Alison Clarke, Vizio product development head