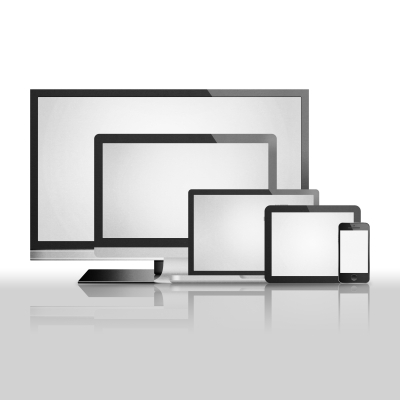 In Part One of this two-part series, I addressed how what was meant to be a joke ended up predicting the future of the content industry -- The Onion's statement that we are "spending 90 percent of our waking hours staring at glowing rectangles" -- and looked at the opportunities and challenges presented by Video Everywhere. The proliferation of connected devices and the ubiquity of broadband have immensely affected nearly all industries, especially the media business. However, viewers are just as passionate as ever about television, if not more so. It's just a matter of the size and location of the screen on which they are watching.

In addition to TV Everywhere, or the ability to distribute and consume television programming across devices and platforms, the shifts in the time and place of viewing, the rise of VOD and the growing audience of cord-cutters and cord-nevers all present new challenges and opportunities for us as an industry to expand and grow our existing business and prepare for the future. The following post will delve into each of these areas and share methods to address the challenges and maximize the opportunities each brings.

Despite all the discussion in the marketplace about time shifting, the explosion of devices has not changed the fact that live viewing is still dominant across all age groups (60-70% of all viewing), followed by DVR and VOD (Nielsen, March-April, 2014). DVR penetration growth has flattened in recent years and the growth and improvements in VOD -- both cable and online -- are giving us new opportunities to tap in to these viewers and monetize time shifted viewing. The other piece of great news here is that the audiences and viewership for VOD -- both cable and online -- are also growing considerably. 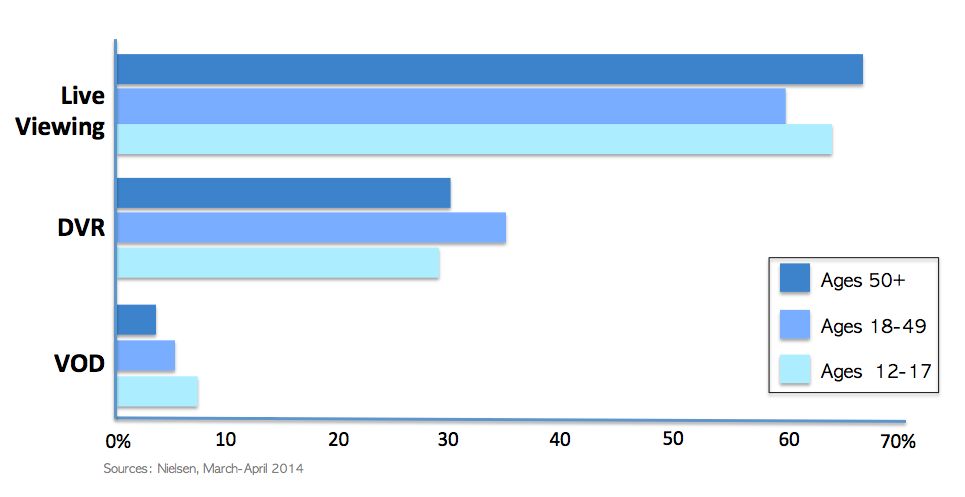 The fact that the majority of viewing is still live drove us to include the live feed of our CBS TV stations in our 14 owned-and-operated markets in CBS All Access at launch. We now have over 75 markets live, covering 70% of the population and plan to add more CBS affiliates in the coming months and expand this offering across the entire country. This move supports consumers' demand for live TV, especially our large event programming, and helps increase the potential audience for our content overall and our affiliates locally. CBSN, while providing each and every segment on a VOD basis, is also focused on being a live experience. This has proven to be the right strategy as CBSN viewers watch live coverage two times as much as they watch on-demand programming and they watch even more live when it comes breaking news. 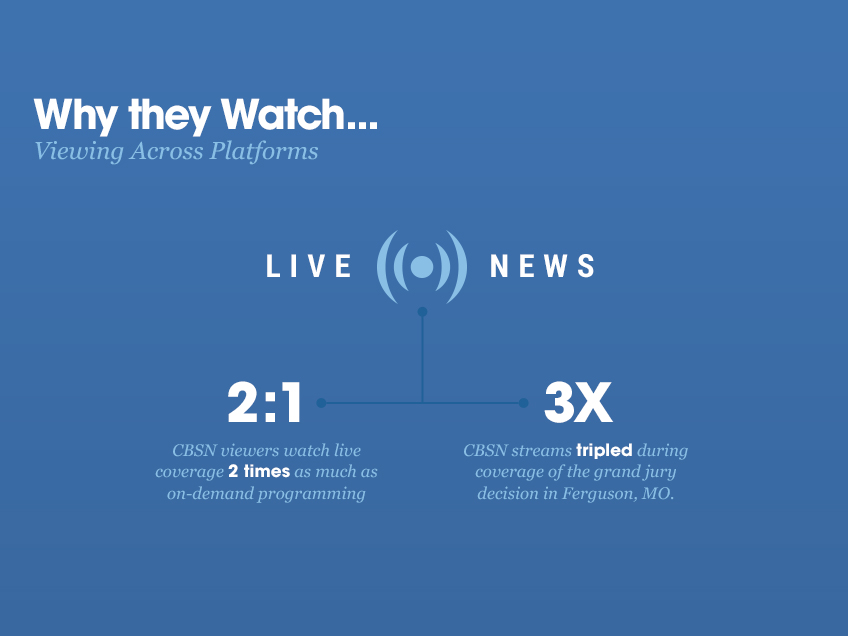 While live TV remains supreme, the growth of VOD can't be overlooked. On cable VOD platforms, time spent watching VOD grew 42 percent in the 2013-2014 season and there are more than 55 million On Demand-enabled MVPD households (Rentrak, 2014). These audiences have proven to be highly engaged, watching an average of 28 out of every 30 minutes of programming once initiated, with higher retention and engagement than live or DVR viewership (Nielsen Npower, 2013). While there is still a ways to go in terms of measurement and addressability for cable VOD, the ability to dynamically insert ads catered to this highly engaged audience offers many benefits in reaching valuable consumers beyond the Nielsen C3 and C7 windows.  As one of the most-watched networks on-demand (Rentrak ODE, TV Entertainment Category, September 2014-May 2015), CBS has made a concerted effort to introduce more opportunities for advertisers to reach key demographics as VOD continues to grow. We look at cable VOD as offering the flexibility of the web married with the reach of traditional television.

Online, we've taken a similar approach to distributing our VOD content. The hubs of CBS.com, CBSSports.com (home of Super Bowl 50) and CBSNews.com, plus their respective branded apps, serve as the main platforms for our VOD libraries. In addition, we work with our digital partners through the CBS Audience Network and EST services like Amazon Instant Video and iTunes. Building our own video distribution network in this way has enabled us to lead the industry in online viewership and we only see continued growth opportunities in this area.

Estimates range on the size of the cord-never and cord-cutter populations: from 6.5M households that have never had a traditional MVPD service to up to nearly 20 million cord-cutters (Nielsen, May 2014; Leichtman Research Group, August 2014). Either way, this is a meaningful market underserved for TV content today. Despite their lack of MVPD services, these users are still watching TV content: 54 and 45 percent of cord-cutters and cord-nevers respectively (SNL Kagan MRG, April 2014) say that they watch television via network TV websites.

Our CBS All Access and CBSN launches were created to not only address super fans craving more CBS content, but also provide an opportunity to deliver an expansive library of on-demand content and live programming to this significant, underserved audience.

It's an exciting time to be in the television business. We -- and our viewers -- could not have anticipated so many options for consuming television content. With each of the opportunities above, we've noted key challenges, too. Challenges that present us with yet still more unrealized opportunities. As measurement, delivery and ad technology continue to evolve and catch up with emerging video distribution platforms, we'll have even more exciting and dynamic ways to create, distribute and monetize content. While that content is truly still king, we believe its robust distribution, to the millions and millions of "glowing rectangles," is clearly queen. Mastering their interplay will be the key to the next great years of television.

Marc DeBevoise is the Executive Vice President and General Manager of CBS Digital Media - the organization responsible for the digital media businesses of the CBS Television Network.  In this role, he oversees CBS Interactive…