Contextual Media: Reaching the Right Audience in the Right Place at the Right Time -- Suzanne Grimes

By Suzanne Grimes March 09, 2014 Out of Home, Into Media Archives 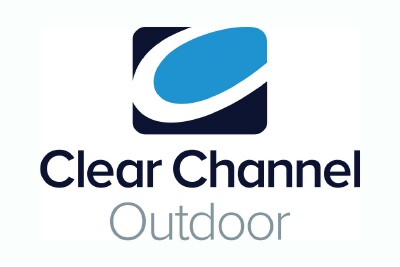 As a speaker at Digital Hollywood’s Media Summit last week in NYC, I was excited to contribute to a contextual advertising panel. Out-of-Home is pretty new to this party and among a row of digital thought leaders Clear Channel Outdoor had a seat at the table.

Why? With the nimbleness of digital billboards, we can now make our messaging much more timely and relevant. This extends to everything from cross-town, cross-country sporting rivalries to real-time holiday posts to emergency broadcasts notifying drivers of the recent mudslides in Los Angeles. Our lead-time is much shorter – hours, instead of weeks -- and we have creative flexibilities that can be displayed on nearly 1200 large format digital screens across the U.S. Used effectively, it’s quite impactful.

We want to help marketers who are faced with the insatiable demands of consumers who want content that’s engaging, surprising and available immediately. Abby Marks, director of strategy and operations, OgilvyEntertainment and moderator gave a nod to those who just finished binge-watching House of Cards on Netflix, those who barely slept and didn’t shower for three days. Those are the consumers we’re trying to reach.

Real-time relevance and quality content that is quick is going to get us there. As Ryan McLaughlin, chief strategy officer at Tribal Worldwide pointed out, contextual advertising is not photo-shopping a picture of a pizza or a plane on a football field during the Super Bowl. Brands who try too hard to be culturally relevant may miss the boat on being contextually relevant.

George Hammer, vp/group director of digital strategy at Digitas, encourages brands to take the best of their earned media and use it for their paid media. When an accidental jet fuel spill threatened the Daytona 500, a truckload of Tide saved the day, and the Twittersphere was abuzz. Tide can clean up fuel spills? The social chatter inspired their team and they used real footage from the cleanup and turned it into a paid commercial that was contextually relevant and interesting because it was unexpected.

This doesn’t mean you have to install a war room in your agency, hiring people who are focused on that one moment that may occur in a split second. Instead, engage in “real-time listening.” Focus on the stories that are the most shared and commented on and move the conversation from social chatter to your advertising.

Some of us are letting Twitter posts do the talking in digital ads online and in outdoor. It’s a combo of real-time, relevant and surprising. During a Valentine’s Day promo last month, we expected the usual deluge of love notes and marriage proposals. What we didn’t expect was a hilarious Tweet exchange on a digital billboard in Milwaukee between a dad and his daughter. Our screens can do national and hyper-local.

Data is going to be what really fuels contextual marketing. We are now capable of personalizing the message on a digital screen based on information from a consumer’s mobile device. For example, picture greeting a consumer at airport arrival because they opted into the airline’s mobile app. “Hello Hannah, Welcome to Chicago!” the sign reads. It may be the extra energy boost Hannah needed to haul it to the baggage carousel.

This mobile data is readily available and producing insights 24/7, because let’s face it – our phones are always on. The data logged at 3 a.m. may prove to be extremely insightful, especially if we’re trying to reach night owls or targeting insomniacs with sleep aids.

Technology is also enabling smartphones to act as beacons of marketing. Beacons are location-sensitive transmitters that send targeted messages to smartphones based on their precise location, and they are changing the shopper marketing game. Jack Myers shared recently that this trend has arrived and is an affordable tool for retailers who can be outfitted with a beacon for about $150. This applies to billboards, too; the capability to send coupons to mobile devices from a billboard is becoming a reality, and it will be measurable.

I encourage you to invite out-of-home to the planning discussion from the start. We will show you just how integral we are to your media mix. Data-driven targeting, personalization and real-time messaging are enabling us to reach the right audience in the right place at the right time. With deeper metrics, relevance will only increase. As Marks clearly noted, “Ellen’s going to out-tweet you anyway!” so you better have a stronger contextual strategy in play.

America into a dynamic media business that fully recognizes the potential of integrated digital and mobile marketing opportunities in out-of-home across the US and Canada.