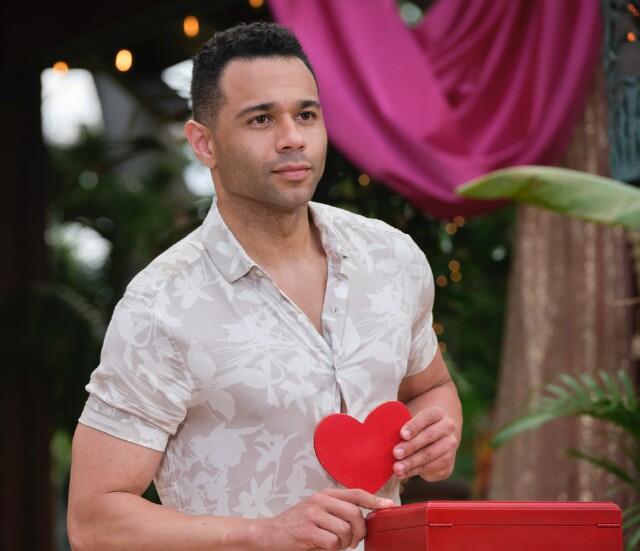 Reality TV gets, um, real for multi-faceted performer Corbin Bleu, who makes his Hallmark Channel debut this weekend with the premiere of Love, For Real co-starring Chloe Bridges, Taiana Tully and Scott Michael Foster. In the film, Bleu stars as Marco Tate, a bachelor looking for love on a dating show titled Heart Choices, only to find not all his bachelorettes are there for the same thing. For Bleu, his entrée into the world of Hallmark movies couldn't have been better. "It kind of came about out of nowhere and it all wrapped up very quickly," he told MediaVillage in an exclusive interview. "I wasn't looking to do a Hallmark movie specifically, but the film's director, Maclain Nelson, and I had worked together several years ago on this improv musical-theater television show, and it was so much fun! We'd been looking to work together again, and he texted me to say, ‘I'm directing a Hallmark movie, would you want to be a part of it?' I'm like, 'Okay, let's do this!'

"I truly think every actor has at some point in their career done a Hallmark movie," he added with a laugh. "It's like a rite of passage. Before I'd even gotten a chance to read the script I was on the phone with my mom and I mentioned that I had an offer from Hallmark. She's like, 'It doesn't matter what it is, just do it, please!' She's such a huge Hallmark fan and has [the channel] playing 24/7. She watches it, but then there are times it's just her background ambiance. So, before I'd even read it, I was like, 'Well, no matter what, I gotta do this.'" 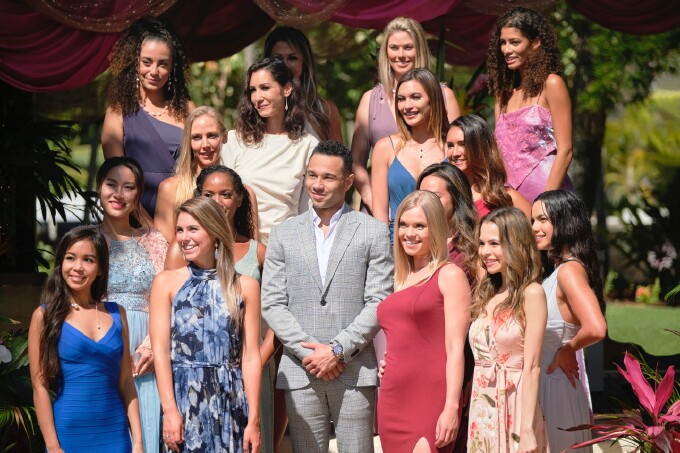 Thankfully, Bleu was pleased with the script, and getting to film in Hawaii didn't hurt, either. "I loved it," he said. "I loved the [film's] backdrop of this reality show; the drama … and getting a chance to play The Bachelor was a lot of fun. [They] also assembled such a great cast, and I like that Hallmark allowed this project to sort of form and become what it is. It's got that Hallmark aspect of knowing you're gonna walk away happy, but it's witty and has this sexiness, too. I also just loved getting a chance to see the behind-the-scenes of a reality show."

Having competed in season 17 of ABC's Dancing with the Stars in 2013, Bleu is no stranger to the world of reality television. But Hallmark movies and the world of Bachelor Nation were new territories. "Most of my research for this was the reality aspect of shows like The Bachelor … all the ceremonies and events that take place," he revealed. "Maclain did a wonderful job of capturing, stylistically, how those shows are shot. My wife had watched The Bachelor before and tried to drag me into it, but I wouldn't have it. Even on Dancing with the Stars, there are aspects where they try to draw out drama. Storylines are created, along with characters, so I'd had my own little snippets of reality TV, but I did watch more of it for this. I will admit after this ended, I might have caught the bug, as [now] I've watched Love Is Blind and Love Island."

While Bleu was portraying a TV bachelor, his wife, actress Sasha Clements, had nothing to worry about, as she was right there with him on his journey. "She makes a cameo in the film as a contestant," he enthused. "She thought it was awesome. We've actually gotten a chance to work on a few projects together, but we'd crack up as we've never played love interests. That was so much fun. Also, for us to be in Hawaii, that was a blast!"

One thing that did surprise Bleu, and will no doubt thrill his fans, was how much skin he'd be showing, especially in a Hallmark movie. "I'm usually on a strict workout regiment," he shared. "Reading the script I saw, shirtless, shirtless, shirtless. I was like, 'alright,' and went on a carnivore diet. Every meal was chicken, meat, or fish -- a lot of protein. I did that for about three weeks. It's just another part of the work that you have to focus on, and I'm happy with the way that turned out."

As a new entrant to the Hallmark family, Bleu is hoping they'll keep him busy with more projects. He's also no stranger to the corporate family thing, given his longstanding membership with the Disney family, thanks to a little movie he did 15 years ago called High School Musical, a franchise that keeps expanding. "As far as the main cast doing another one, I don't know about that," he said of doing another HSM movie. "Monique Coleman and I have a movie coming out later this year. That was the first time we've worked on a project together since HSM, and we play love interests.

"I look and see how it continues to create new fans," he added in closing. "Coming off this pandemic that turned all of our lives upside down, you hold on to nostalgia for some sense of normalcy. I'm grateful for it, and it's really special when we get together. Those connections continue to live on, for sure."

Love, For Real will be telecast Saturday, July 31 at 9 p.m. on Hallmark Channel as part of its annual Summer Nights programming event.