Courage and Grit: An Interview with David J. Moore of Xaxis -- John Piccone 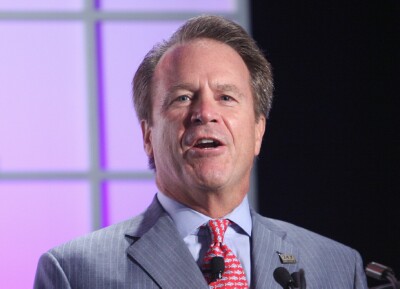 About this column: The words “Courage” and “Grit” are at the top of the list of the key ingredients successful leaders share. Courage is required to do something that has not been done before or improve something that others consider already optimal. Grit is required to stick with the mission in the face of adversity. In this new series John Piccone talks with industry leaders about how they combined both courage and grit to change and improve status quo.

David J. Moore is currently Chairman of Xaxis and President of WPP Digital. Previously Dave founded 24/7Media which merged with Real Media in 2000 to become 24/7RealMedia and recently merged with Xaxis whose name it assumed. I had the pleasure to work with Dave while at 24/7RealMedia where we weathered the downturn of the dotcom bubble burst from 2000-2005. During those times I was always impressed with his positive and motivating energy which set the bar for others to follow. The outcome of his leadership resulted in the acquisition of 24/7RealMedia by WPP which set the stage for the rise of demand side platforms and trading desks. I recently spoke with Dave about the journey he has taken and how he keeps his "can do" attitude front and center.

John Piccone: Dave, you have had many high points in your career which could not have existed without some low points. What were those highs and lows and how did you persevere?

David Moore: The high points are relative to the low points. We fought like hell to keep the ball rolling at 24/7RealMedia during the “dog days” of 2000-2002. These were some very low moments. Our determination to focus and simply just not give up, created a “can do” spirit throughout the 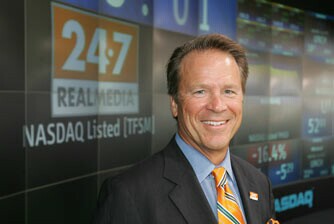 organization. The company concentrated on our core value proposition and our customers, which got us through those dark days. We ultimately reached the high point when WPP bought 24/7RealMedia. Looking back, the teachings of my parents gave me the “never give up” attitude and they always taught I should “finish what I start.” This helped me persevere through the troubled times. It is probably my greatest accomplishment to have kept the business alive during this time!

JP: What were the doubters saying at the time?

DM: Everyone has a certain amount of doubt when facing new challenges. Some people couldn’t keep the doubt from consuming them. As a result, many left the company and went back to a traditional business. Others kept a positive mental attitude and “kept on keeping on.”

JP: What was the light at the end of the tunnel? At what point did you know you would make it?

DM: In 2002, Jon Hsu, head of Corporate Development at the time, and I went out to raise money as we were running out of it. We spoke to over a 1000 potential investors. We ultimately traveled to Japan where we raised $8 million, from high net worth individuals, by giving away 40% of the company. When the money was in the bank, we knew we had enough “run way” to get to profitability. 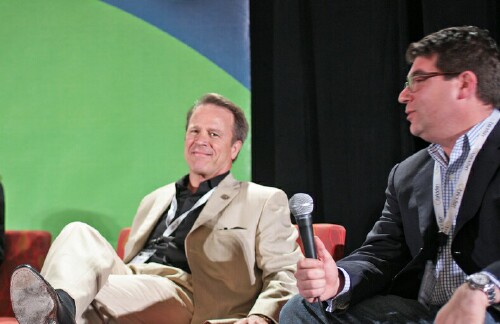 JP: What was the most courageous decision you made in that journey and how did “guts” play a role?

DM: It may sound too easy but not giving up was the most courageous thing I did. I was determined to go down swinging if necessary. I remember walking into Mark Moran’s office, our General Counsel, and finding eight 24/7 executives discussing why we should file for bankruptcy. They wanted to make sure they got severance pay! I told them there would be no severance pay and that we were going to fight until the bitter end if necessary. They could leave if they wanted right now. No one did.

I find that sports are a great way to prepare the mind for battle. I have competed in relay events such as the race around Manhattan as well as the English Channel. I have run 13 marathons and completed an Iron Man Triathlon. In each of these events, you are competing against yourself. Those that have competed in such events will know that not giving up is the hardest part. If you don’t give up in sports, you won’t give up in business either.

JP: Did you have any mentors along the way who had that piece of golden advice or was it a collection of individuals who were great listeners and helped you work through the ideas and challenges?

DM: I never had a single mentor. Over the years, I was fortunate enough to have senior executives, usually my bosses, take an interest in me. I learned from them and others around me. I continue to come back to the teaching of my parents who instilled me with outstanding values that still hold true to this day. I couldn’t have done it without them!

JP: Throughout your career who were inspirations and why?

DM: I have always admired successful people … in business and otherwise. I have learned from thousands of people. Yet I do believe I have been blessed with a positive mental attitude and a competitive spirit that has powered my career right from the beginning. I have been very fortunate to have done as well as I have and appreciate that fact every day!

John Piccone is the Chief Revenue Officer at Simulmedia. John has been at the forefront in

introducing new digital advertising technologies to media owners, agencies and advertisers through media representation, search engine marketing, ad serving, analytics and video management services in the United States and Europe since 1995. Previously John was SVP of Business Development and Sales at HealthiNation and VP of Sales at Blackarrow. Prior to those positions, John was a founding member of 24/7 Real Media and Publicitas Advertising Services. He can be reached at jp@simulmedia.com.