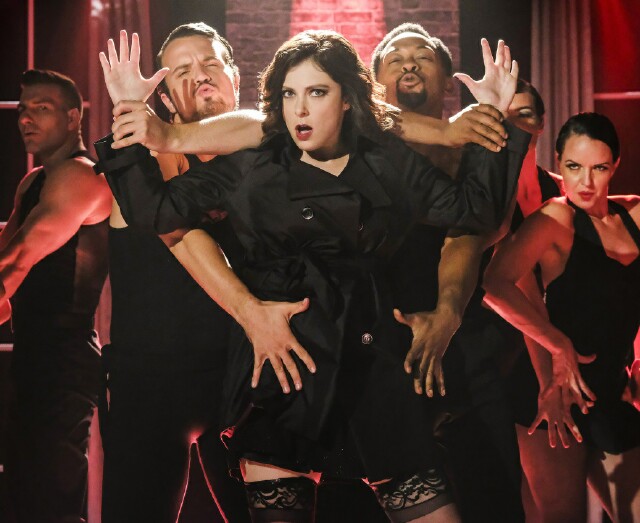 Everyone’s Crazy Ex-Girlfriend Rebecca Bunch (Rachel Bloom) is back for a third season of the acclaimed CW series of the same name – and she is delightfully nuttier than ever.  After spending much of season two in a state of “somewhat” domestic bliss planning a wedding to her dream man Josh Chan (Vincent Rodriguez III), Rebecca found herself left at the alter in that season's finale and ready to jump off a cliff -- a move that literally pushed her over the edge.  Now hell-bent on revenge, the scorned Rebecca is has undergone a vixen-like makeover and is devising ways of discrediting and annihilating her ex-ex -- all while Josh navigates the complexities of joining the priesthood.  While Rebecca’s exploits thus far have proven very creative, Bloom told me during a recent interview that there will be a major dramatic turning point for her character this season.

Rebecca will receive an actual diagnosis for her emotional issues -- something that's not been addressed since she flushed her pills in season one and headed to West Covina, CA, in search of love.  "We've always known we wanted to do it," Bloom revealed.  "The thing was, we talked to some therapists and yes, a diagnosis is important, but what they really care about is treatment.  So when someone has anxiety or OCD, which has shades of an anxiety disorder, all of these diagnoses are meant to find what the right treatment is.  When we do diagnose Rebecca, I don't want it to seem like everyone has a concrete thing."

Over the first two seasons of the musical comedy, the series' writers and creators (of which Bloom is one) coincidently laid the groundwork for this season three pay-off -- and it was only through discussions with professionals the coincidence came to light.

"We did these things because we've known people like this," Bloom explained. "You'll see what we unwittingly did over the past seasons actually fit into a certain diagnosis that we didn't even realize we were doing at the time.  I think it will be interesting for people that say, ‘I identify with Rebecca.’  I mean, I obviously identify with her, but I think it also shows that the line between mental illness and being ‘normal’ is very light.  Like a lot of mental illnesses and depression, it's all emotions we all have deep inside of us that are exaggerated.

"I think it will be interesting for fans that say, ‘I am Rebecca’ to watch these episodes and wonder, 'Where do I identify?' ‘What other parts of her that are exaggerated aren't me?’  Maybe it will inspire some people to get help, in whatever way that means to them," she added.  "The moment I got a good psychiatrist and went on Prozac and started meditating, it was a real turning point for me.  If we can inspire one person to do that it would be awesome." 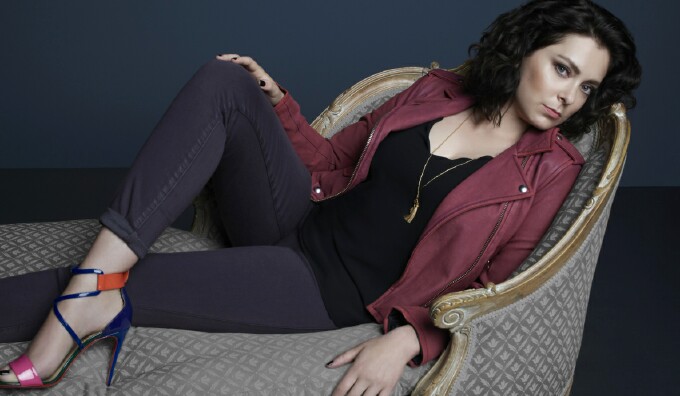 According to Bloom, since the show started a lot of people have reached out expressing how they identifying with her character.  When it happens, she enjoys listening to them.  "When people come up, seldom do they have questions about my character on the show," she said.  “They just want to tell me what the show means to them and how they identify with it.  I listen, but I'm not curing them.  My only job is to stand there, take it in, then say, ‘Thank you.’  It's easy on my part.  I really think people just want to be heard and they appreciate seeing shades of themselves on television in a way they haven't seen before."

Another thing Bloom notes is how intense embarking on this third season has been and how her character has, in fact, started to become a huge departure from the now happily married actor.  "The more we've done the show the more different Rebecca gets from who I am," she mused.  "But I'm writing it, living it every day.  This is such an actor thing to say, but there are days I spend more of my time as her than myself because I'm on set.

"It definitely affects me," she added.  “[Some days] I'll wake up feeling sad and not know why; when I question it I'll realize we just did a table read for a very tumultuous episode the day before and I figure I felt sad because of that.  So it's fun, it's intense, and for me also cathartic.  It's nice to air out versions of things I've dealt with."

Crazy Ex-Girlfriend is telecast Fridays at 8 p.m. on The CW.