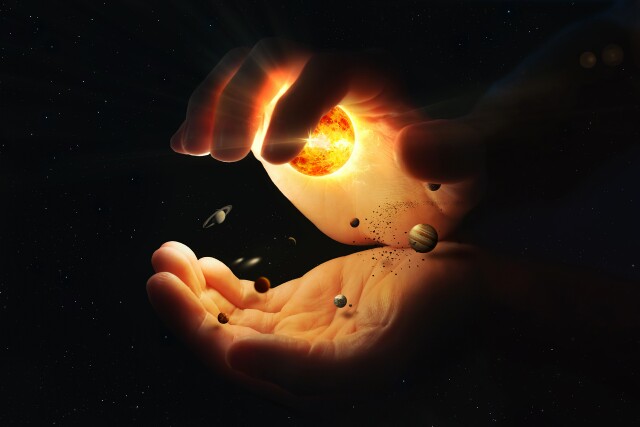 Will our descendants think of themselves as human beings a hundred years from now after the connections between technology and people become more fully intertwined? That question was contemplated during a recent MIT Media Lab panel session. It focused most directly on a phenomenon much nearer at hand that could eventually lead to that more "far out" state of being: a fully functioning metaverse.

The term metaverse refers to a convergence of our physical reality with augmented reality (AR), virtual reality (VR), and other digital technologies. When it is completely developed, a person's avatar could easily glide between different metaverse experiences created by different organizations. As exciting (or scary) as that may be, there are a pile of brainteasers that need to be untangled before this is completely realized.

"I'm excited because I see creativity and technology coming together to transform humanity," said Dave Meeker, Global Chief Innovation Officer at dentsu International's Isobar unit. "I lead teams creating digital experiences for all sorts of businesses, whether that be B2B and enterprise kind of stuff to really exciting brand experiences." Meeker also plays a global leadership role at the overall dentsu conglomerate as an advisor on emerging technologies, trends and innovation.

To create immersive metaverse experiences, there are "a couple of large companies scanning the world around us like crazy," said Valentin Heun, Vice President of Innovation Engineering at PTC, which creates AR experiences in the industrial field. "It's an arm's race. Everyone wants to own that platform, that foundational layer."

While Heun didn't say which companies he was referring to, a number of large enterprises are known to be actively pursuing metaverse businesses, among them: Apple, Meta (née Facebook), Epic Games, Microsoft, the computing company Vidia, Snapchat and gaming platform Roblox. Also Spatial, represented on the panel by its Cofounder and Chief Product Officer Jinha Lee, has created a free AR app that allows avatars to show up in real environments.

One of the big questions hovering over the metaverse space relates to whether certain companies will come to control what it will eventually look like and how it's used. Take for example Facebook. "What Facebook did is double down on VR aspects," Lee said. "So instead of it coming to me, I'm going into this VR world. There's a debate that needs to happen on whether that constitutes the metaverse."

Another critical issue involves the interconnection between different virtual universes at such a huge scale that a vast number of people can travel between them effortlessly. That involves data interoperability -- "the ability to bring your assets, bring your identity, bring your avatar, across a lot of different experiences," said Savannah Niles, a product and design leader involved with AR and VR.

That will require certain universal standards. "[It's a matter of] how this is federated and how it comes together so you can scale beyond any individual view of it [and users can] extend across many different realms," said Joe Paradiso, the Alexander W. Dreyfoos Professor at MIT Media Lab.

There's another issue that may seem a little hard to wrap your mind around: The concept of computer files will be upended. "For the metaverse to work, we can't think on the file level," Huen said. "We have to think on the 3D platform level."

"We have to think about how we collide these worlds and create one service storefront next to another one, and how we have a true distributed metaverse that is overlaying the physical world and has deep roots in the physical world," he added. "We're still working on that. And it's super difficult to get out of these game-engine desktop concepts."

Video game engines can only take us so far, Heun explained. "Folks from Epic see that. They've started to talk about that. We have to build a world engine, something that's scaled into the world, that's like the internet but 3D. Probably in another 10 years we can meet up and talk about that."

There's also a need to develop more sophisticated ways of reading facial expressions on avatars. "How do we translate all the cues that we have as human beings when we're actually with each other -- the way that you can make a look and people can read it?" asked Mary Lou Jepsen, founder of Openwater, whose goal is to see deep into the body with the detail of a high-resolution 3D camera.

Then there's that pesky little problem called monetization. "We've seen in the last couple of years there are pitfalls with building some of these platforms with ad revenue alone," Niles said. "More sustainable monetization models from content creators are going to be really crucial."

As part of that, there are questions about whether consumers will think of the metaverse as they once viewed 3D TV sets: Maybe it will seem cool at first but ultimately it might not catch on. While Facebook is bent on enticing consumers with its relatively affordable headset, Oculus Quest 2 (at $299), the visual quality is reportedly not that great.

Paradiso noted the situation with the more sophisticated headsets: "It's incredible what they can do; incredible how small they are; incredible the computation that happens," he said. However, they can be costly. "They still come at a sacrifice."

There's also a limited number of people capable of building all the metaverse experiences. Today 3D artists and developers are in very short supply, and the ones that exist are expensive to hire, Meeker noted.

"There's a lot of competition for them," he continued. "So how do we keep moving the concept forward beyond the hype that we're experiencing now into reality with content creation tools? You know what's going to fund all that? The business model you mentioned. It can't just be ad supported."

Today, there are at least a hundred companies that are developing metaverse platforms, Meeker said. He expects that in the next three years the industry will start to pick the winners. In 10 years, he predicts that the interoperability problems should be resolved, and the type of device one uses to access a metaverse -- for example, it might be a contact lens -- won't be that much of an issue.

Despite all the towering hurdles, no one on the panel seemed discouraged about developing a full-fledged metaverse experience. They seemed excited by the challenges.

For Heun, the key lies in creating an environment where concepts and ideas come from a variety of different people. "If we have one big company putting a couple of billion dollars into it, [saying], 'This is it; this is how it's going to be,' we probably won't get there," he warned.