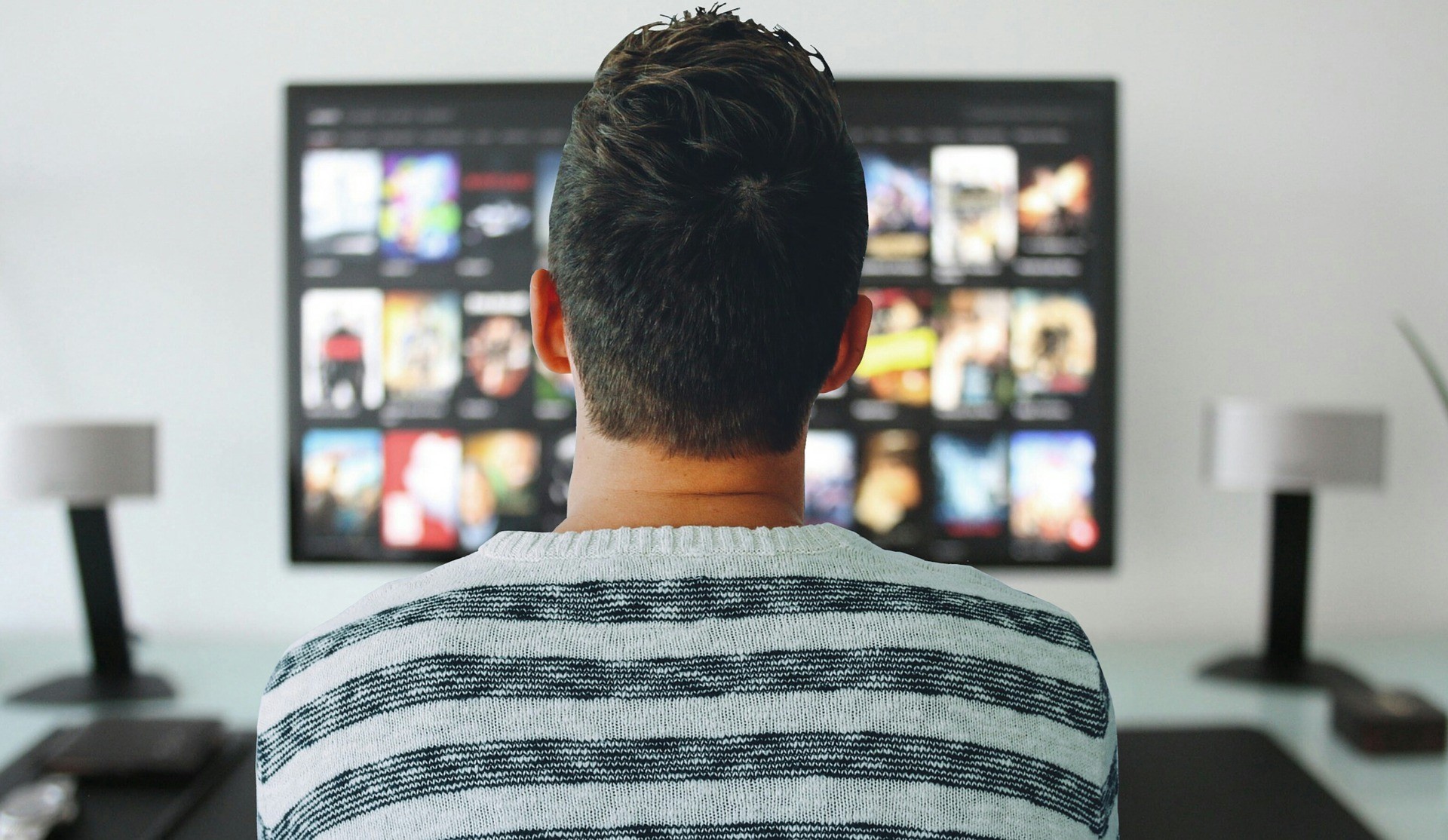 In my MediaVillage article last month, I noted the growth of cross-promotion on linear networks. I suggested that cross-platform promotion is more efficient than cross-channel promotion. "Most streaming services are a collection of content from multiple linear channels plus the entire back catalog," I wrote. "Instead of airing different spots promoting different shows on different linear channels, streaming promos can point viewers to a single entertainment destination. Overall, you get more bang for your promo buck, and help alleviate attribution confusion." At the time, I had no idea that Discovery was taking that strategy and putting it on steroids.

What happened? Only the biggest cross-platform promotional push ever. The numbers are staggering.

To put that in perspective, when Peacock launched in July, the cross-platform promotion for the NBCU streaming service averaged 13% in aggregate across NBC, Bravo, E!, Syfy and USA.

On ABC, Freeform, FX and National Geographic, 12% of promo time in aggregate went to promoting the launch of Disney+ in November 2019.

The promotion for the July 2020 launch of HBO Max accounted for 7% of promo time on TNT and TBS. 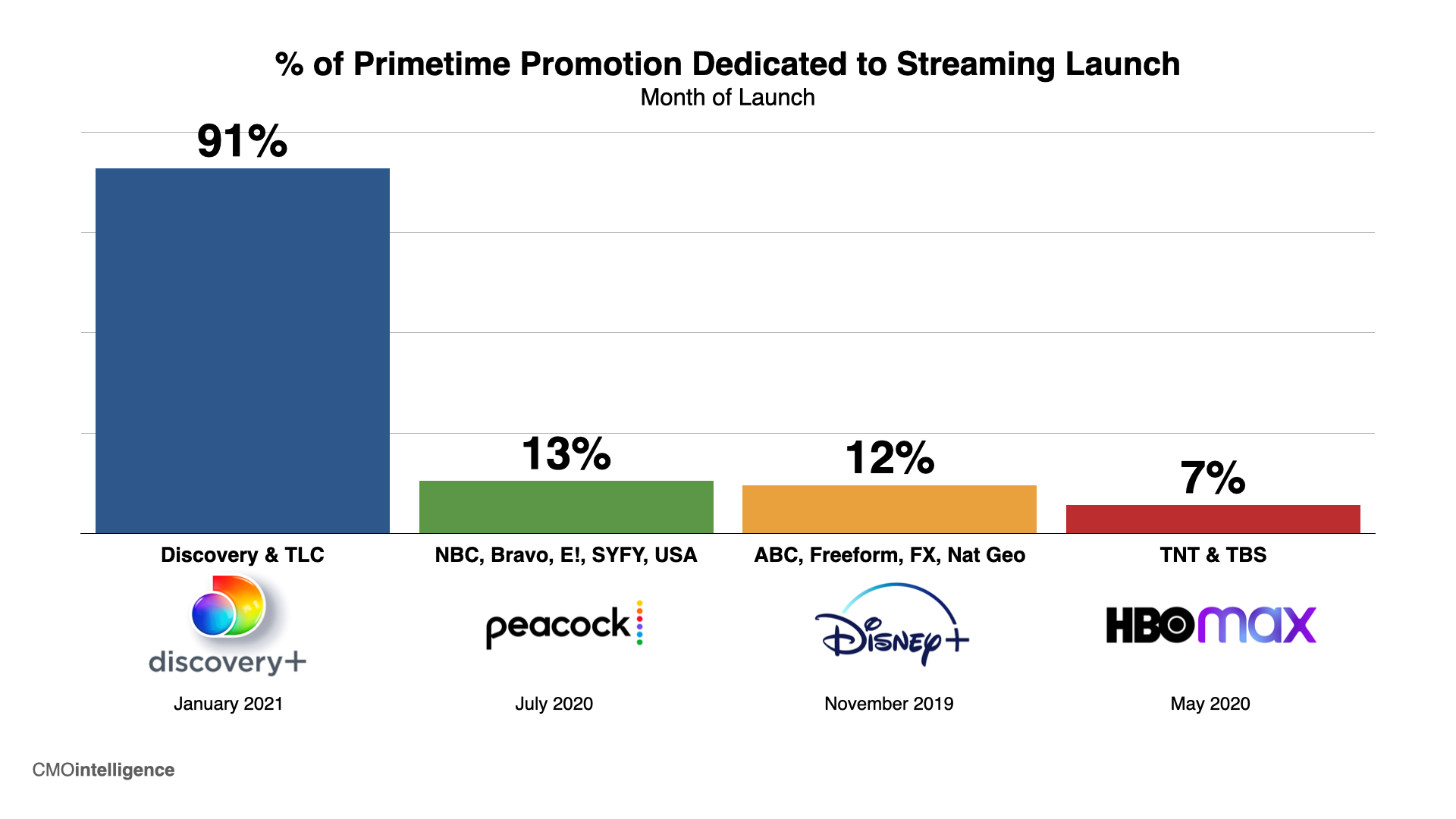 Discovery dwarfed them all. But, of course, this is discovery+ talking to Discovery Networks viewers; when you add in competitive cross -- Discovery buying time on other networks -- you build significant reach.

In January, discovery+ bought nearly twice as much airtime as its nearest streaming competitor. 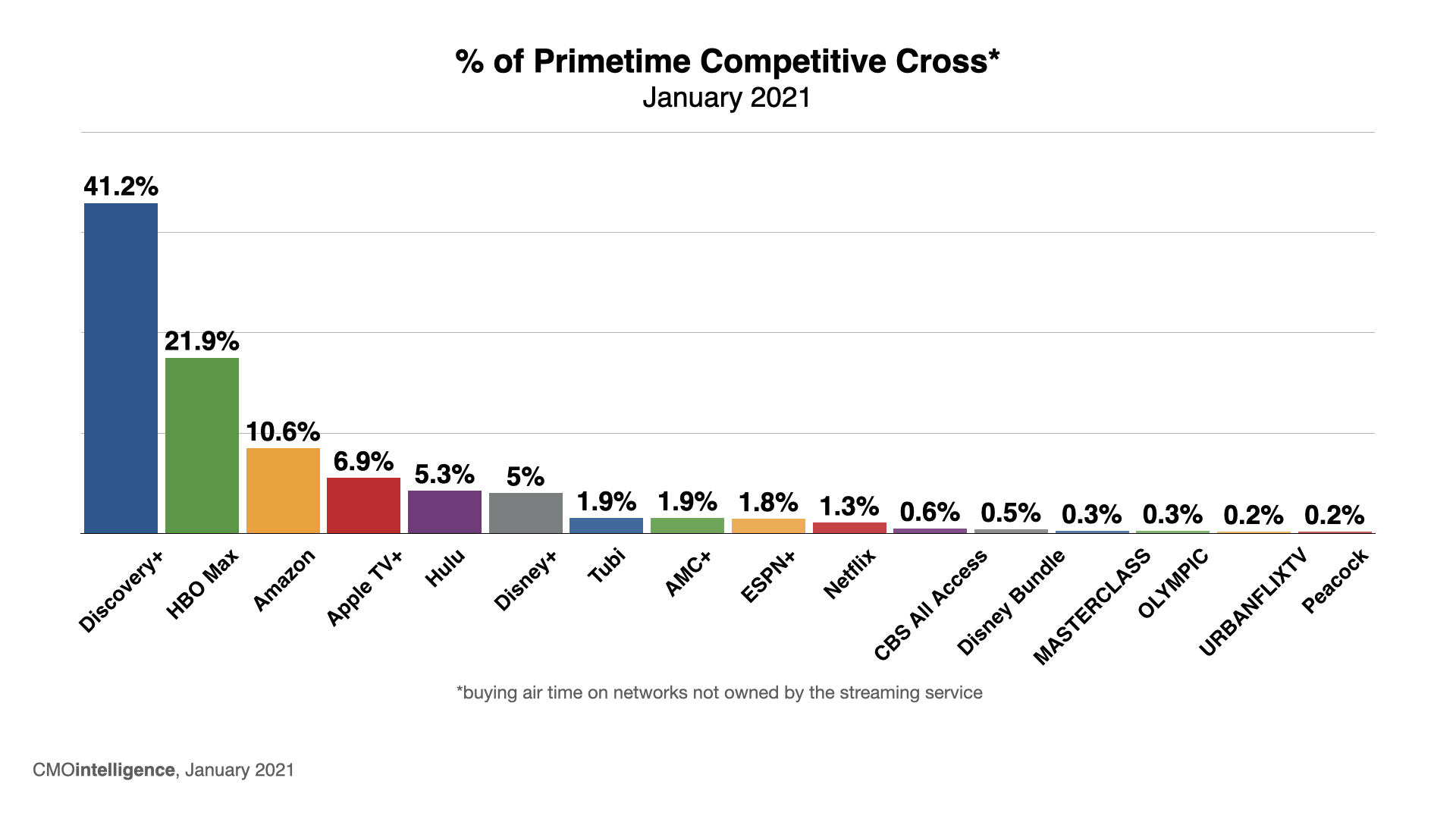 Who were they targeting? Here’s the weighted distribution across the 25 linear networks CMOintelligence audits. You can see it's a broad mix of genres and demos with a slight emphasis on women. 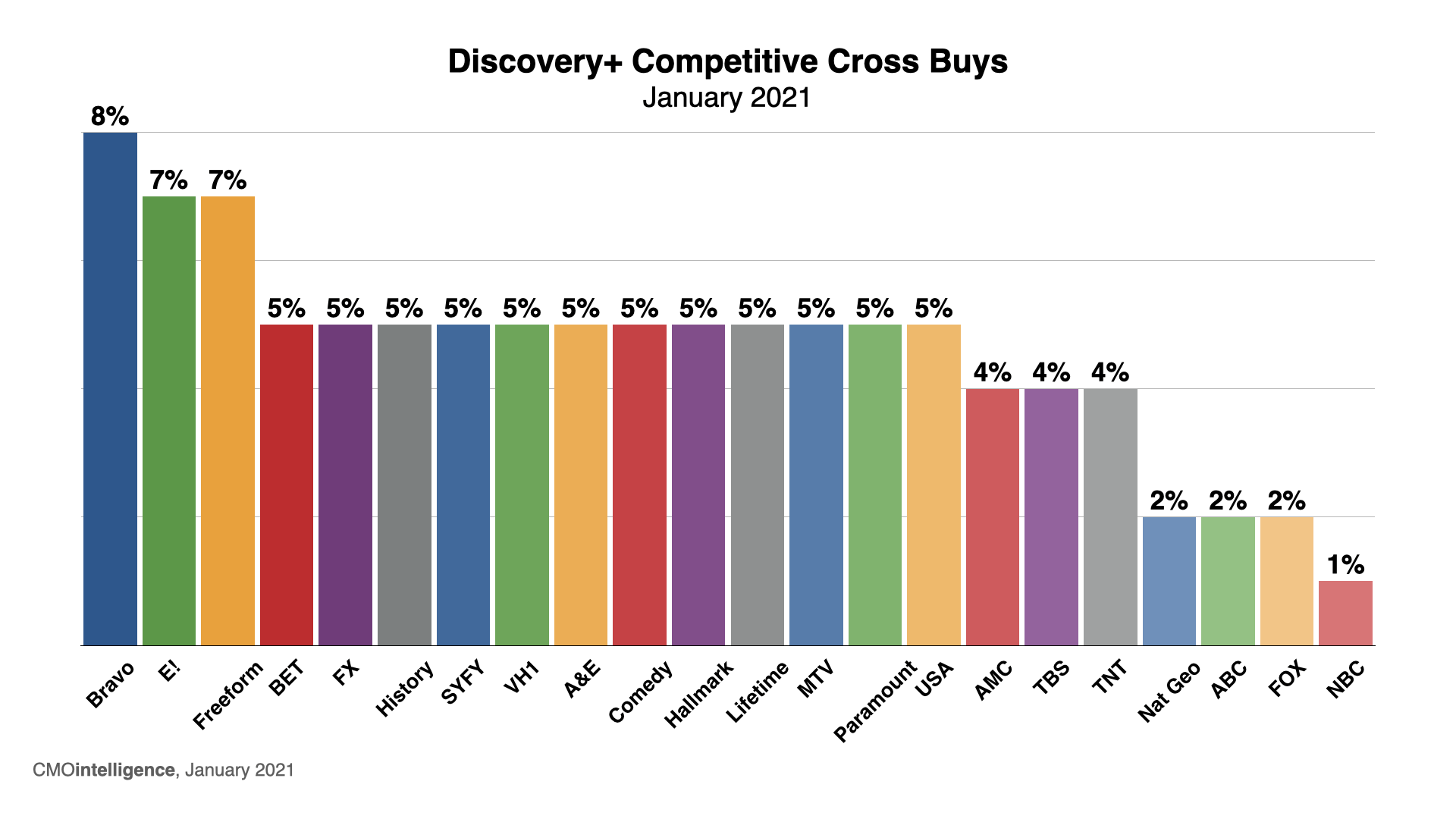 So how did discovery+ use all this airtime? At CMOintelligence, we collected 65 unique pieces of creative for 34 shows and brand spotsthat promoted the service in general, pushed categories of content, focused on retail (price), or demonstrated proof of performance. And that's just from pulling cross-promotion on Discovery, TLC and the linear competitors listed above. 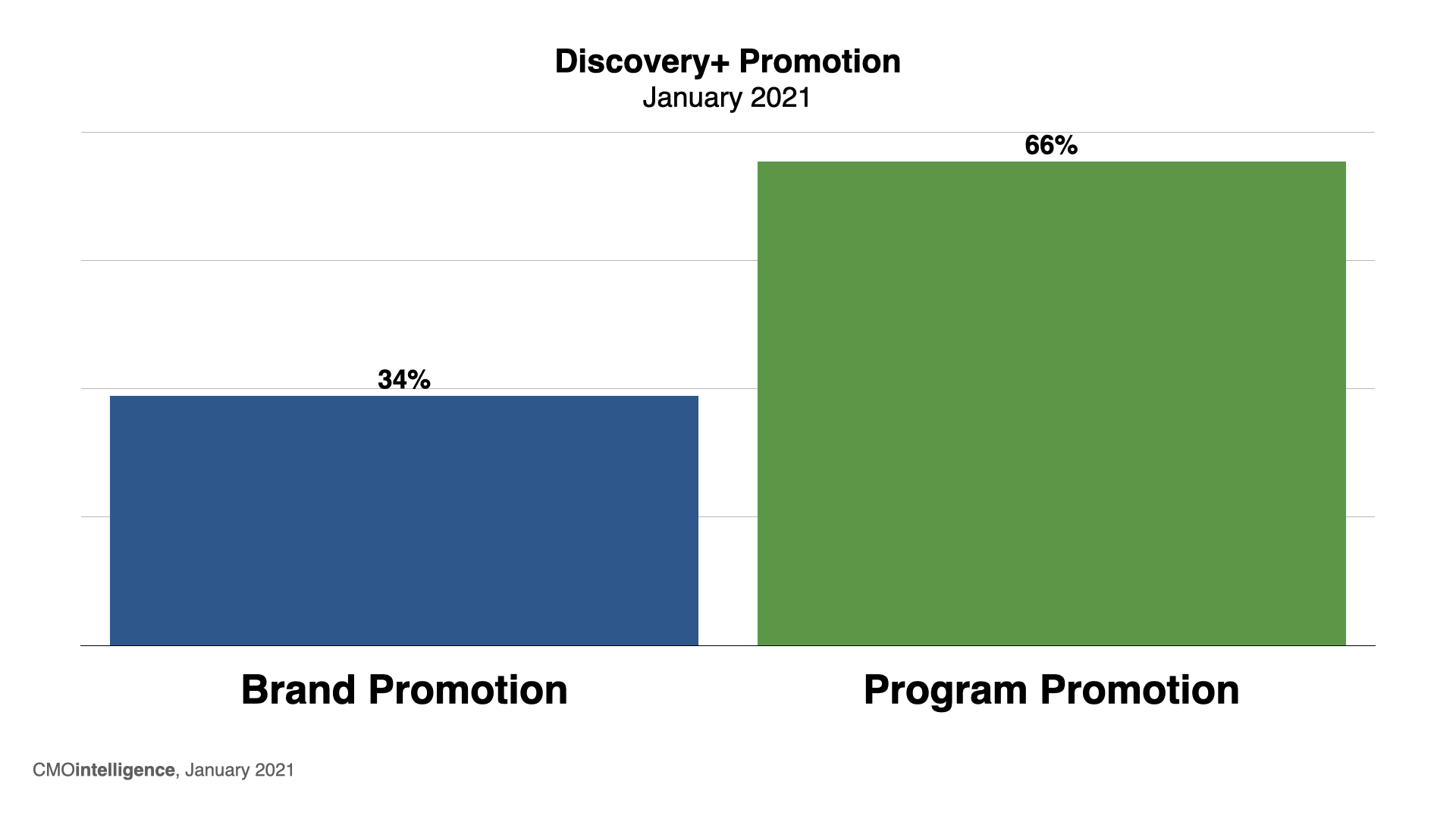 Just over a third of the messaging focused on the brand itself, while 66% promoted individual titles.

So, let's dig a little deeper. Of the 34 shows promoted, 10 are series currently available on Discovery's linear networks, 13 are new spin-offs of linear series, and 11 are original series and documentaries. 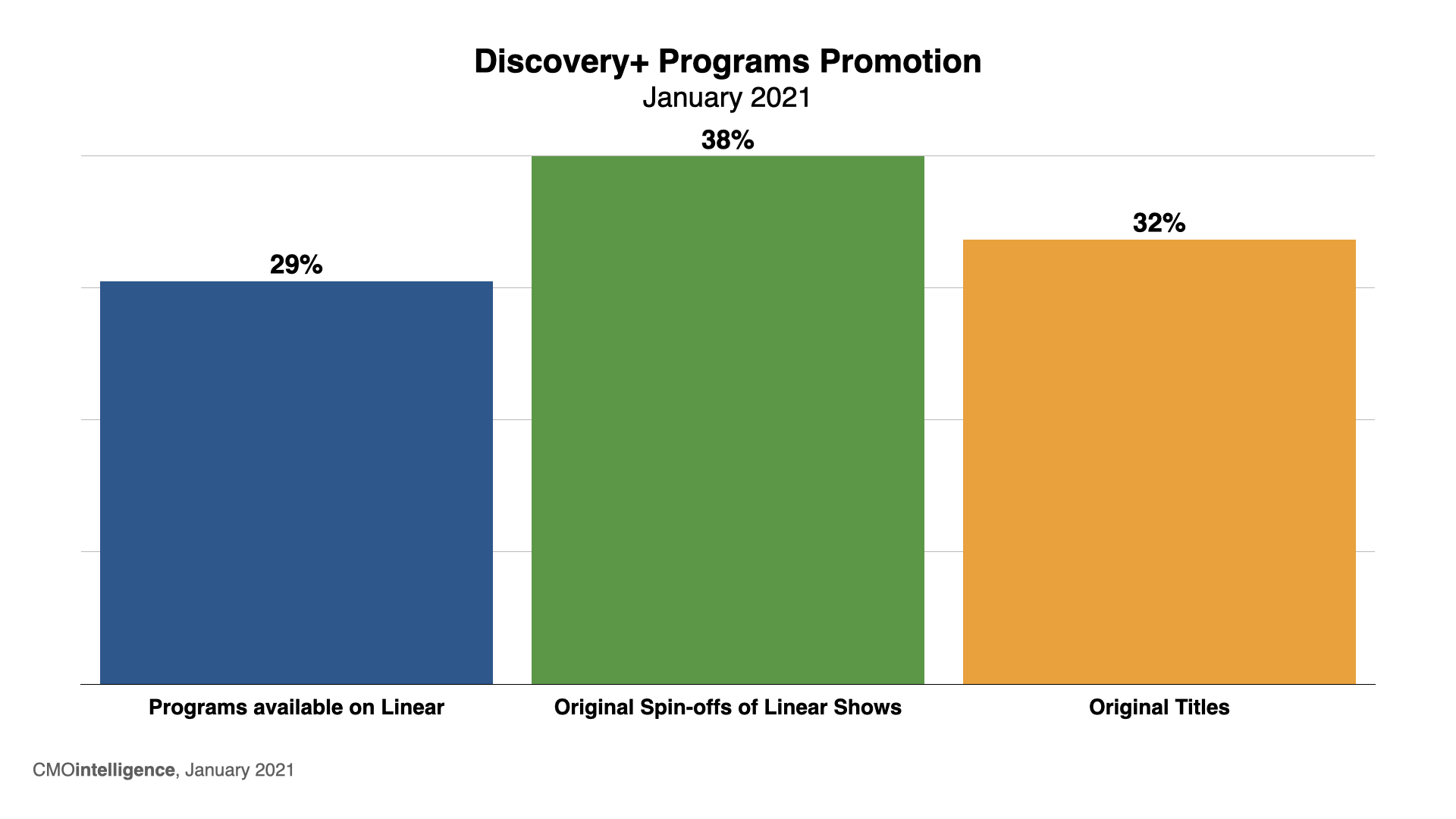 That means 67% were titles Discovery Networks viewers were familiar with as either a series or a series franchise. And 70% were promoting content that could be found only on discovery+. That's a unique balance of familiarity and exclusivity.

Obviously, this was an unprecedented launch, and it raises several intriguing questions.

It will be fascinating to see how the numbers, both on the linear and streaming side, bear out. But kudos to David Zaslav and the entire discovery+ team for being media MythBusters! They obviously "Love what they Stream."

Lee Hunt is a strategist, trainer and industry thought leader. His success in launching and positioning channel brands, in addition to his pioneering work in audience management, have set many of the standards for our industry. Lee is also the founder of Lee…