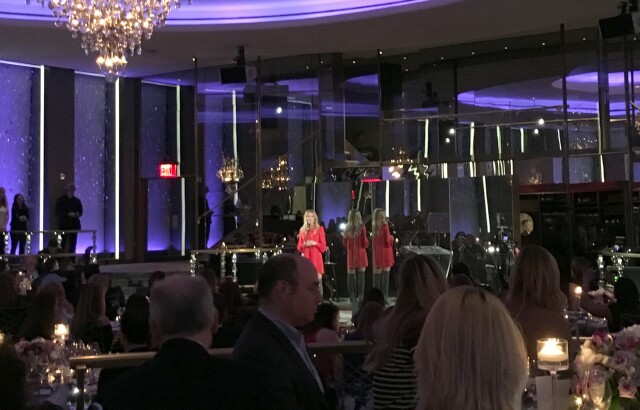 Venue:  The Rainbow Room at 30 Rockefeller Plaza -- one of the most elegant spaces you'll find in this city or any other.  The room features sparkling chandeliers above, comfortable tables all around and dramatic skyline views on three sides. Great table decor (flowers in the center) and dishes of seasonal greens waiting at each seat. Appetizers and drinks were served at the adjacent Bar 65, and for this affair, a virtual reality-equipped sleigh was displayed in one corner. Yours truly and MediaVillage Managing Editor E.B. Moss (pictured below) were the first to enjoy a spin in this sleigh (commissioned by Hallmark for Six Flags' amusement parks) once Samsung Gear VR helmets were placed on our heads. We spent a few minutes dashing through animated snow and scenery, attempting to outfox an impish elf pelting us with snowballs. To tell the truth, E.B. (who had the reins) fared better on that objective. Grade: 5 Jacks 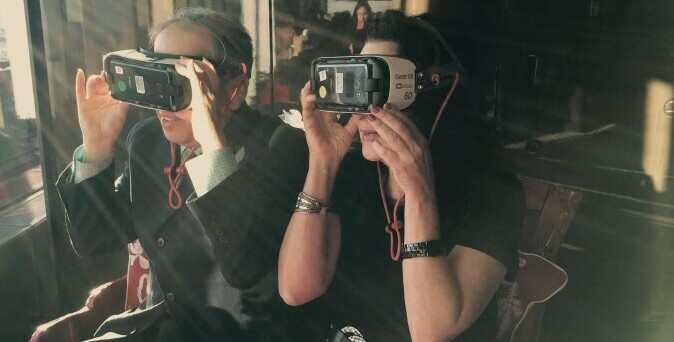 Presentation:  Crown's message can be summed up in two talking points.  First, trust matters more than ever before.  Second, for consumers in general Hallmark is a top-of-mind brand when it comes to epitomizing trust.”  Crown Media Family Networks President and CEO Bill Abbott (pictured below) and Executive Vice President, Ad Sales and Digital Media Ed Georger pushed both points in their respective remarks, but Georger went one step further. Noting the recent decision by some advertisers to pull their messages off several Web sites (in particular YouTube) because of placement adjacent to controversial user-generated content, Georger invited those upset sponsors to reconsider (or for some, expand) their relationship with Hallmark as compensation for their digital effort. "Your commercials will air in a safe environment with solid audience and ratings," he advocated. 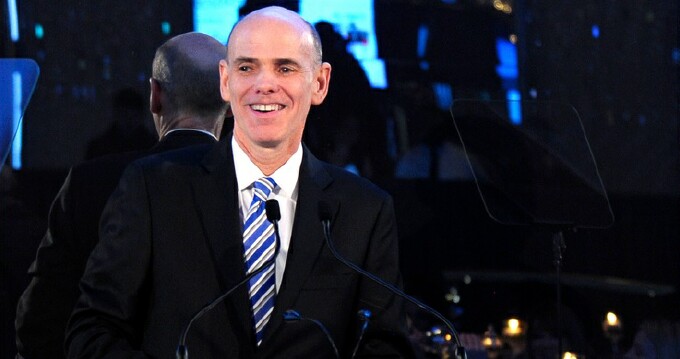 "We're in a unique position," Abbott added.  "Our brand is immediately recognized and trustworthy. No other company means so much to so many people." Georger may be the first network ad executive this Upfront cycle to incorporate the YouTube controversy in his public pitch. Will others follow his lead if these advertiser pullouts don't end soon? Grade: 4 Jacks

News: Sixty original movies will debut on Hallmark Channel over the next year, a third of them running late November and December via the network's perennial "Countdown to Christmas" campaign. The rest will largely be spread out by theme (fall, winter, Valentine's Day, Mother's Day, June weddings, etc.). Hallmark Movies & Mysteries' annual "Most Wonderful Movies Of Christmas" period will see 12 new movies premiere, including one executive produced by Kathie Lee Gifford (who was in attendance and generous with her time for both attendees and reporters). Courtney Thorne-Smith will star in Emma Fielding Mysteries, a new feature in HM&M's ongoing "mystery wheel" franchise coming this summer or fall.  Grade: 3 Jacks

Hosts:  Debbie Matenopoulos and Mark Steines (pictured below at left), co-hosts of Hallmark Channel's daytime series Home & Family, were charming in their introductions of Hallmark Channel and HM&M programming. The charm increased when they interacted with celebrities at their tables (such as recurring made-for movie stars Lacey Chabert, Danica McKellar and Kellie Martin) or cracked each other up mid-sentences. Grade: 3.5 Jacks 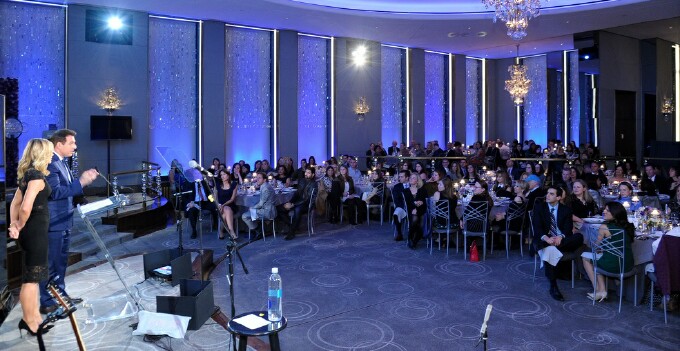 Star Time:  Grammy-nominated pop star Jewel (who stars in HM&M’s Fixer Upper Mysteries franchise and is pictured at top) displayed in grand fashion the full range of her talent, delivering one of the most sensational performances in recent memory at any – repeat, any -- TV industry event. How's this for a daring choice to open a set:  Over the Rainbow acapella.  It was spellbinding.  The audience was transfixed.  She then offered a trio of songs with solo guitar, including her first hit, Save Your Soul.  And for a wrap-up, a yodeling song acapella.  All that, plus speaking to the audience in-between songs about her life and growth as a person, laced with humor and poignant reflections. Example: "My car was stolen. That sucked.  I wasn't in it. Silver lining."  Grade: 5 Jacks (I would give her 10 if I could!)

Cuisine: Sensational and delectable all the way, starting with risotto balls and crab cakes among the appetizers.  Best eat: roasted black cod with miso glaze draped over that and a sticky rice cake. Worst eat: N/A (Note: Cuisine ratings do not factor into the overall Jacks score.)  Grade: 5 Jacks

Innovative Opportunity: That virtual reality sleigh ride available during the pre-dinner hour was as innovative as it gets.  Surprised no mention was made about VR, or something else, during the presentation.  Grades: 4.5 Jacks for the VR ride; 1 Jack for not following up. 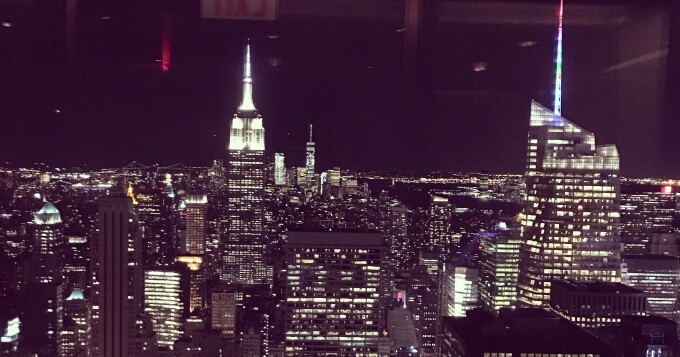 Overall Grade:  4 Jacks   As classy and tasteful an event like this can be, thanks to a well-paced and hosted program, Jewel's turn to remember, and just having it all go down at the Rainbow Room.

Next up: April begins with our first Spanish-language player, Azteca America

Top and bottom photos by E. B. Moss.  Others courtesy of Hallmark. Click the social buttons above or below to share this content with your friends and colleagues.