Crown Media’s Michelle Vicary on the Power of the Brand 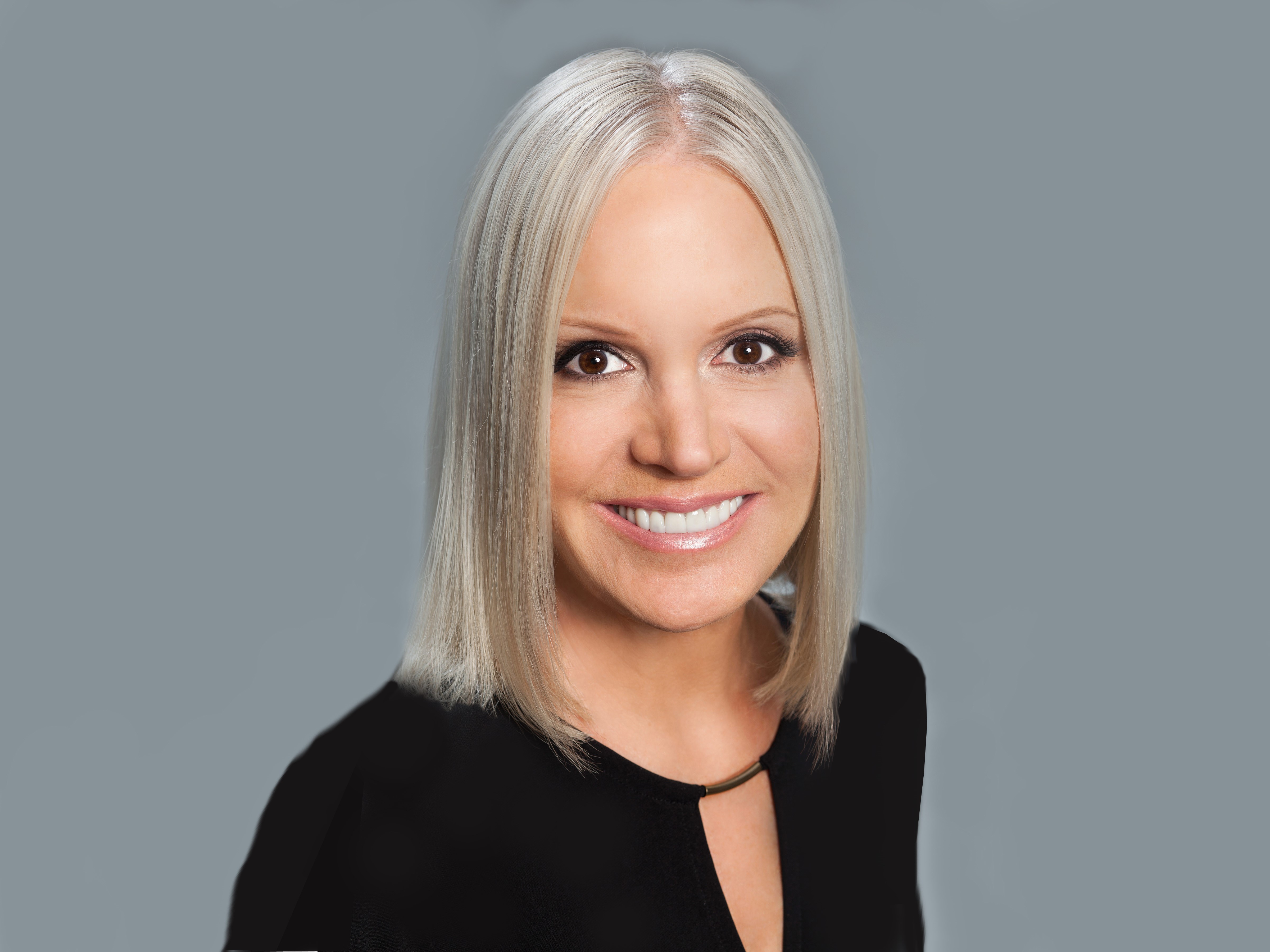 With many television networks still trying to develop programing that will garner yearly growth, Crown Media Family Networks (home to Hallmark Channel and Hallmark Movies & Mysteries) seems to have perfected a winning formula. This year alone Crown Media has given the green light to a staggering 89 movies, making it one of the industry’s most prolific studios, eclipsing many of its Hollywood counterparts. The networks are boasting double-digit revenue and ratings increases over the last three years and a boost in subscribers, with Hallmark Channel at 88 million and Hallmark Movies & Mysteries approaching 79m.  Of course, greater success brings greater demand.

As Executive Vice President of Programming and Publicity for both Hallmark Channel and Hallmark Movies & Mysteries, Michelle Vicary is responsible for everything from the strategic oversight of all production and original programming and the supervision of acquisitions to program scheduling and talent relations, along with the execution of program publicity strategies, which incorporates the networks’ impressive social media platform numbers.

Vicary took time out from her busy schedule to talk about the networks’ continued growth and plans moving forward.

Steve Gidlow:  Hallmark’s continued success with regard to its movie franchises over both channels is staggering.  What can you say about the brand’s constant growth?

Michelle Vicary:  I’ll be honest; it's a little overwhelming continually increasing the output of our movies and our focus on high quality.  It's by no means a volume play.  Every movie is treated as a high-quality endeavor and always has the brand in mind as well as people's expectations around the brand.  Even though there are 89 movies being made this year, each one is treated as importantly as the one before it.  Setting such a high mark and achieving it, along with growth year-to-year with not only the number of movies we’re doing but also ratings, is a phenomenal feeling.  It's truly a team effort; our programming team is knocking it out of the park.

Steve:  Eighty-nine movies in production is impressive, to say the least, and more than a lot of Hollywood studios.

Michelle: It's an impressive number to say every day, for sure. Seeing growth on both networks has been very rewarding.  In addition those 89 movies, we have three primetime scripted series and Home & Family -- an everyday two-hour endeavor all year long -- and a handful of specials.  So having the creative, on-air and publicity teams all come together … everyone at Hallmark is feeling pretty good right now, especially looking across the landscape and seeing a decline with many of our competitors.

Steve:  How has your ratings growth for Hallmark Channel and Hallmark Movies & Mysteries been over the last year?

Michelle:  We are up 6% in total viewers for Hallmark Channel and 37% for Hallmark Movies & Mysteries.  When you think about a mature, fully distributed network having continued growth like Hallmark Channel, I think it's incredibly impressive.  Looking at Hallmark Movies & Mysteries, which is approaching 79 million subscribers, having 35% growth in our original premieres is pretty stellar.

Steve:  What kind of increase in support and involvement have you seen from the advertising community?

Michelle:  It’s a competitive market out there but they come to us not only for the original content but also the environment we create.  We hear [advertisers feel] associating their brands with the Hallmark brand and the content we are distributing elevates their brand, our viewers say that too in our focus groups.  The environment we create is one good for advertisers and viewers’ perception of the advertisers associated with the Hallmark brand.  We’ve had double-digit revenue growth each and every quarter for the last twelve quarters.  Not only are they increasing the spending in retail and pharmaceuticals, we've attracted a lot of new categories including travel, automotive and telecom.  I think it's because we provide a unique environment and seeing so much growth that advertiser enthusiasm for us has increased.

Steve:  Social media is ever-evolving and an integral part of the brand.  What can you tell me about your growth in that area?

Michelle:  Our social media growth year after year is staggering -- 6.2 million people have subscribed to Crown Media Family Networks’ social feeds with 5.4 million of those on Facebook.  The kinds of increases we’re seeing [represent] 150% growth in that area.  We received a report recently that every single platform we engage in from Twitter to Instagram has seen phenomenal gain year-after-year and engagement is like no other media content company.  Hallmark Channel and Hallmark Movies & Mysteries social engagement is seven times more than its competitors on Instagram and 167% more than on Facebook.  We’re told people are 95% pleased with everything thing they see on the Hallmark Channel and Hallmark Movies & Mysteries.

Steve:  Given the ever-expanding nature of social media are there any new implementations planned to further capitalize on it?

Michelle:  We talk about engagement and that’s where we start.  What do viewers and consumers think about when they think of the Hallmark brand?  This goes without saying, but we always say it anyway: It’s one of the most iconic brands in American history and involves a very high level of emotional connectivity. It’s relationship-oriented, surrounded with feeling and emotion.  So starting from that we really tap into what people are [experiencing] at any given time of the year then reflect that back to them and engage them from a social media and programming perspective.

All the movies I talked about, for the most part, are attached to very relatable seasonal or holiday events in people’s lives, happening to them in real time.  We have our Countdown to Christmas on Hallmark Channel, where between that channel and the Hallmark Movies & Mysteries channel, in December we have 80 million viewers come through one or both of them.  We are the No. 1 cable network across the entire television landscape in November and December.  That’s just Christmas; we also have our Countdown to Valentine’s Day event, Summer Nights, our Fall Harvest event along with June Weddings. We tap into what our consumers and viewers are thinking about, reacting to and going through in their daily lives.

We then program to that and engage them in social media.  A great example is our upcoming July event, which coincides with the Hallmark Gold Crown Stores and their Keepsake Ornaments.  In July the stores and ornaments division of the Gold Crown Stores (along with other outlets where they distribute) release their catalogs of featured ornaments for the year.  The stores will hold different celebrations with people lining up to get their ornaments.  It’s one of their biggest retail events of the year and our networks reflect that with our two-week Christmas Keepsake event on Hallmark Channel and Gold Crown Event on Hallmark Movies & Mysteries.  All our favorite Christmas movies are programmed and we see a ratings increase.  By doing that we see the social media enthusiasm where people are talking about their ornaments along with their favorite Christmas movies.

Steve:  The level of talent involved in social media with regard to your movie premieres is second to none.  How important is that element of your social media presence and making your programming an event that’s so interactive?

Michelle:  We are indebted to our talent and consider them family.  We look at it like this; when somebody is engaged in a series, they come back week after week, or year after year, to see their favorite characters or favorite star. That’s how we feel about our talent family.  We cast Candace Cameron Bure, Lori Laughlin and Lacey Chabert in multiple movies each year; in return they are generous about supporting their movies, the network and brand.  In large part it’s due to our publicity department, talent relations and programming team, who feel that as a reflection of the Hallmark brand treating your talent like family results in that kind of response from them on social media.  Their engagement is infectious but it’s also something for which we are very grateful.

Steve:  Are you continually looking at some of the more popular movie franchises to take to series as you have done successfully in the past?

Michelle:  We’re always looking at how we can expand based on the success we are currently seeing.  Right now the movie mystery wheel, which we fashioned after highly successful past movies and mystery wheels like McMillan & Wife, Columbo and The Rockford Files, all had a huge library of two-hour movies.  What we love about them is that we can develop our characters more in depth in a two-hour movie and tell a great story.  For the moment we think our mystery wheel format is perfect.  This summer our Garage Sale Mysteries movies, starring Lori Laughlin, have been developed into an August event of limited movies.  A Garage Sale Mysteries movie will air every weekend in August.  So we’re expanding in that way and looking to see which others we might want to expand to another month-long event.

All of Hallmark Channel’s successful series’ were born out of two-hour movie pilots.  We look to our audience, who think of movies when they think of us. When our viewers respond with enthusiasm we’ve extended them.  Chesapeake Shores became a one-hour series from a two-hour pilot.  [Its second season begins in June.] Good Witch was born from a series of successful movies till we thought it would make a great series.  The whole team at Hallmark is very vigilant in wanting to challenge themselves and raise the bar.  It’s all about the brand.